Universities order students to get covid jab to return to campus 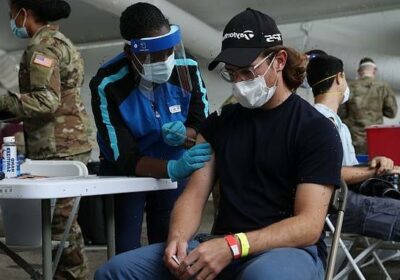 Get the jab or stay away from campus: Universities order students to get the coronavirus vaccine to return to classes in the fall

A growing number of state universities are following their private counterparts in requiring all students returning to classes and campuses this fall to be vaccinated against coronavirus.

In a bid to return to normality after months of online learning, at least 80 universities have said that all students must get a jab before they return to class.

Thursday’s joint announcement from the 10-campus University of California and the 23-campus California State University represented the largest of its kind in American higher education. 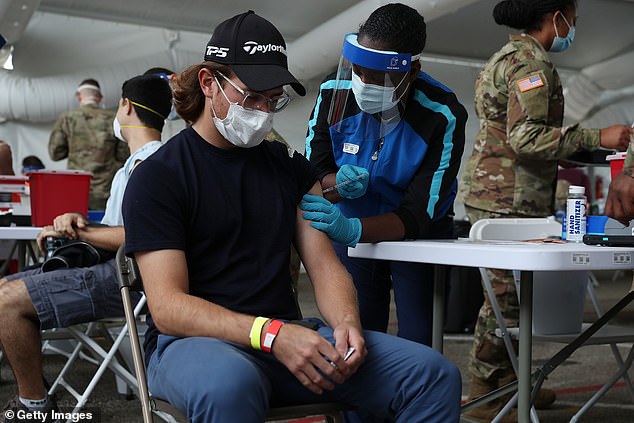 Several state university systems will require all students returning to classes and campuses this fall to be vaccinated against the coronavirus. Pictured: A man is given a vaccine at the Miami Dade College North Campus on March 10, 2021 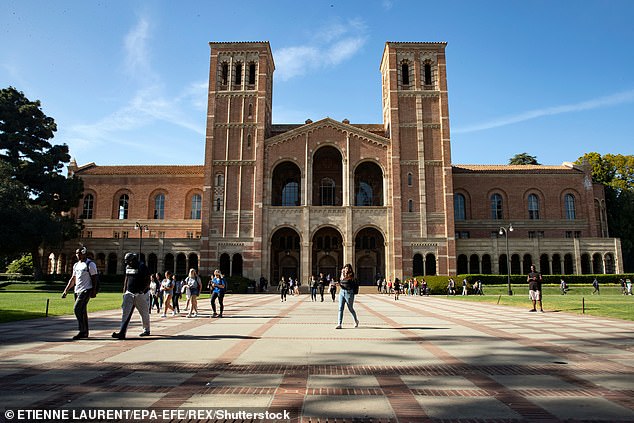 Thursday’s joint announcement from the 10-campus University of California and the 23-campus California State University represented the largest of its kind in American higher education. Pictured: Students walk past a hall at (UCLA) which will require the vaccine

In New York, Barnard College, Columbia University, Fordham University, Syracuse University and the University of Rochester have all announced the measure, while in Massachusetts, nine schools in its State University will require vaccines.

In Maryland, the public University of Maryland will require students returning to all 11 of its campuses this fall to be vaccinated, officials announced on Friday.

Rutgers University, which has five campuses across the state of New Jersey, announced as early as March that it would require students to be vaccinated.

Including private universities, at least 80 have announced their intention to make vaccines mandatory to their students in order for them to return to campus, according to a count by The Chronicle of Higher Education.

But others have said out-right that they will not require their students to be vaccinated. Republican governors in Utah, Texas, Florida and Montana have signed orders banning institutions from requiring vaccines.

Speaking to ABC News, Dorit Reiss, a law professor at the University of California Hastings College of Law and a vaccine mandate expert, said there was a disturbing mixture of politics when it comes to the pandemic.

‘Some red states where universities want to mandate vaccines – and are debating the issue now – they are going to be very aware that they’re acting at risk of retribution,’ Reiss said about schools that find themselves restricted by state lawmakers in enforcing vaccine mandates. 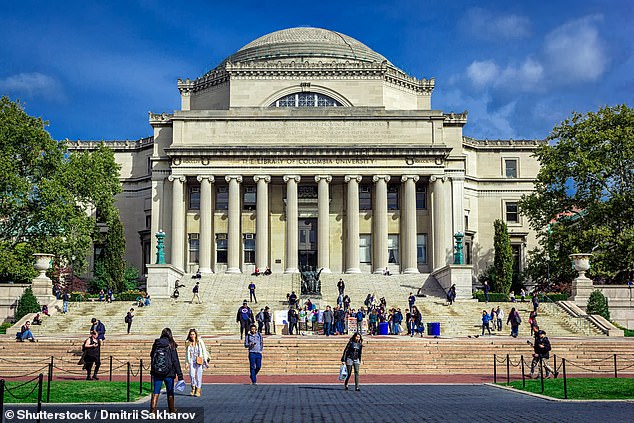 Some private universities – including Brown, Cornell and Stanford – have announced similar requirements, and will be joined by California’s two state university systems, as well as several universities in New York, Massachusetts, Maryland and New Jersey. Pictured: New York’s Columbia University is one the schools to require proof of vaccination from students this fall 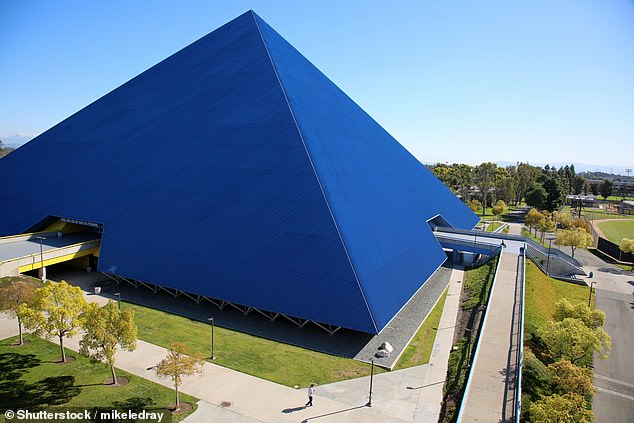 The CSU system is the nation’s biggest four-year college system, with about 485,000 students and tens of thousands of staff, while the UC system has more than 280,000 students. Pictured: The Walter Pyramid at California State University Long Beach

The CSU system is the nation’s biggest four-year college system, with about 485,000 students and tens of thousands of staff, while the UC system has more than 280,000 students.

‘Together, the CSU and UC enroll and employ more than one million students and employees across 33 major university campuses, so this is the most comprehensive and consequential university plan for COVID-19 vaccines in the country,’ CSU Chancellor Joseph I. Castro said in the statement.

Stanford University also announced a mandate last Thursday for all of its 19,000 students to be vaccinated when classes start in the fall.

At the private school, students who have an approved vaccination exemption for medical or religious reasons will be required to undergo regular COVID-19 testing.

The U.S. Food and Drug Administration has allowed emergency use of the Pfizer and Moderna vaccines, with health experts expecting formal approval of at least one of the shots by the fall. The Johnson & Johnson vaccine is on pause due to concerns about blood clots.

CSU spokeswoman Toni Molle said the timing of a formal mandate will depend on when the FDA gives full authorization to one or more of the vaccines and also on discussions with labor unions. It could come before or after classes start.

‘We are announcing now so that students and employees have time to receive a vaccination’ by fall, when the proposed policy would take effect, she said.

The two systems have said they expect the majority of instruction and activities in fall 2021 to be in-person.

‘The planned COVID-19 vaccine requirement will further enable the campuses to be repopulated,’ the statement said. 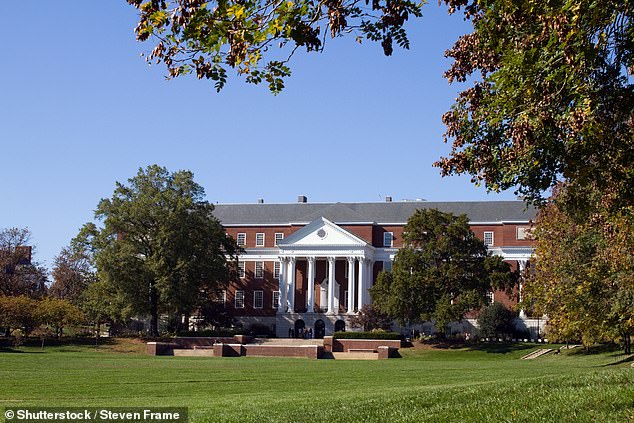 Which public universities have said they require their students to be vaccinated in fall?

The University of California said in a separate statement that it will be requiring students planning to be on its campuses in the fall to update their immunization documentation to show they received a COVID-19 vaccination or have a medical exemption.

Students or staff who fail to comply with the mandate ‘will be barred from in-person access’ to campus programs and facilities, including campus housing, the system said.

Across the country, colleges are weighing how far they should go to ensure students get vaccinated.

Universities including Rutgers, Brown, Cornell and Northeastern recently told students they must get vaccinated before returning to campus next fall. They hope to achieve herd immunity on campus, which they say would allow them to loosen spacing restrictions in classrooms and dorms.

But some colleges are leaving the decision to students, and others believe they can’t legally require vaccinations. At Virginia Tech, officials determined that they can’t because the FDA has only allowed the emergency use of the vaccines.

Many schools have launched vaccination blitzes to get students immunized before they leave for the summer.

Northeastern and other colleges requiring shots believe they’re on solid legal ground. It’s not unusual for colleges to require students to be vaccinated for other types of diseases, and a California court last year upheld a flu shot requirement at the University of California system.

At some schools, the added requirement is meant to encourage holdouts and to build confidence that students and faculty will be safe on campus.

‘It takes away any ambiguity about whether individuals should be vaccinated,’ said Kenneth Henderson, the chancellor of Northeastern University in Boston. ‘It also provides a level of confidence for the entire community that we are taking all appropriate measures.’