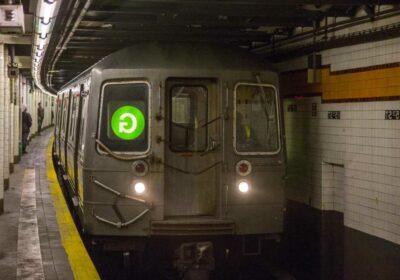 An Asian woman waiting for a train in a Brooklyn subway station was nearly pushed to the trackbed — twice — by an unhinged stranger, police sources told The Post Saturday.

The 34-year-old woman was on the northbound G train station platform at Grand Street and Metropolitan Avenue shortly after 11:30 p.m. Wednesday when a man grabbed her arms and tried to shove her without provocation, the sources said.

The attacker missed his mark thanks to several good Samaritans who stepped in, the sources said.

The attacker then fled the station in an unknown direction — only to brazenly return and try again, the sources said.

The same good Samaritans stopped him a second time.

The woman was shaken but not physically harmed, the sources said.

Police did not immediately say whether the attacker was spurred by hate, but the incident comes amid a surge of anti-Asian attacks across the city.