THE UK's unofficial coronavirus death toll has passed 60,000 after Britain recorded its highest number of daily fatalities since May.

The Office for National Statistics estimates 59,927 people died from the bug up to October 16 and another 1,189 people are known to have died with the virus since then. 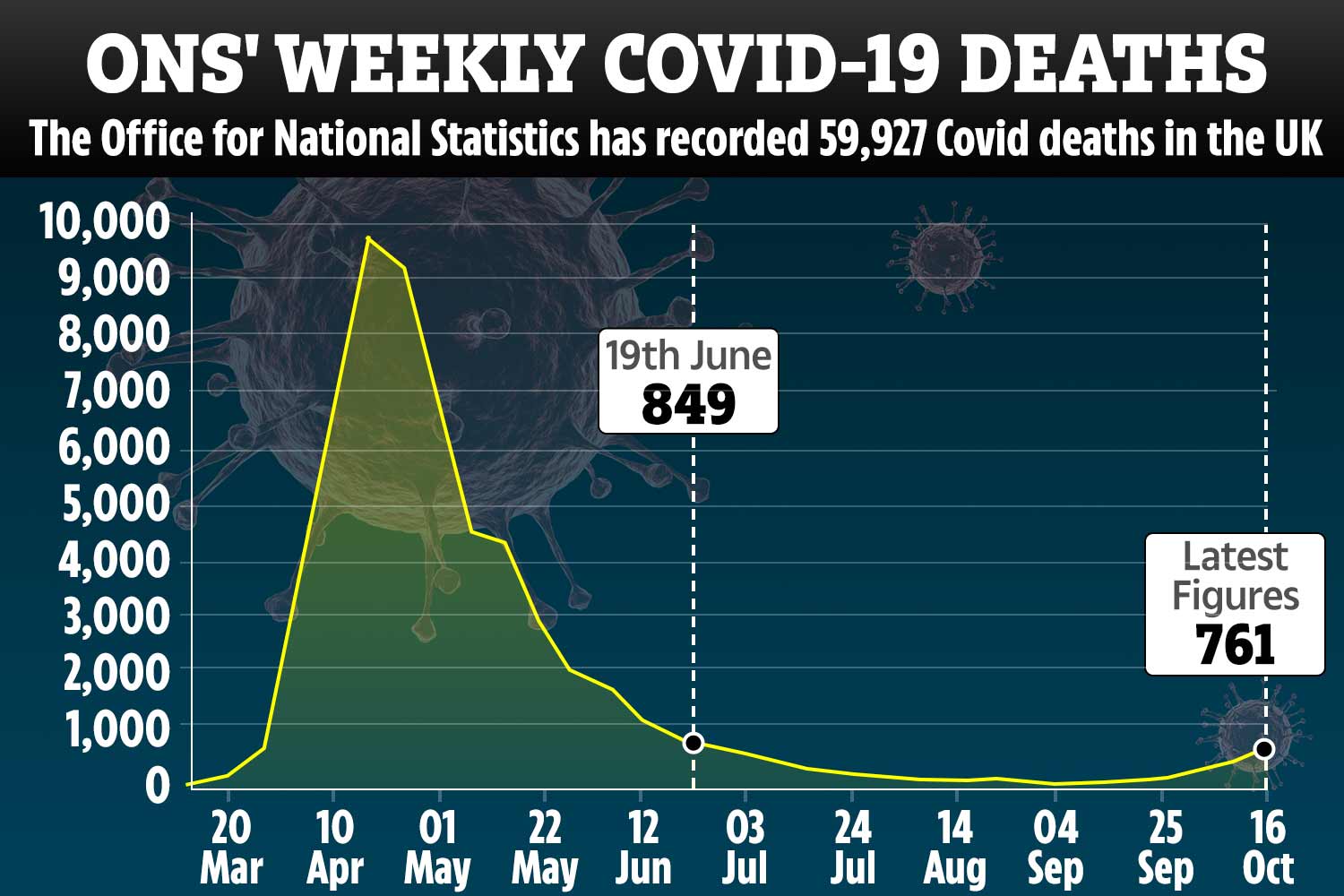 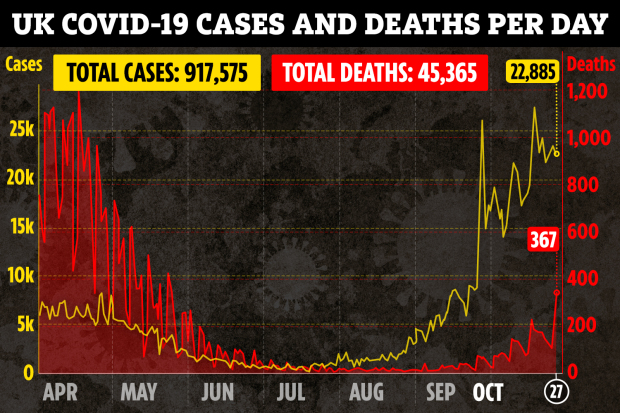 It brings the UK's unofficial Covid death toll to 61,116, while the Government's official tally stands at 45,365.

The Department of Health confirmed another 367 fatalities yesterday – the highest rise since May 27.

The figures, which consider those who died within 28 days of testing positive for the bug, differ from the ONS data, which include all deaths where Covid-19 was mentioned as a factor on their death certificate.

The Office for National Statistics found 761 Brits died from the disease in the week ending October 16 – the most recent recording period – up from 474 the week before.

The numbers mean coronavirus was responsible for about one in 16 of all fatalities in the UK that week – up from one in 22 the week before.

The deaths are still a far-cry away from the peak of the pandemic during the spring, when more than 9,400 patients died in the worst week.

And the ONS data showed that in England and Wales in the most recent week, 1,268 people died from flu or pneumonia – almost double the 670 Covid-19 deaths in the two countries.

The number of people dying in hospital in England and Wales from any cause was still lower than medics would expect in the most recent week, the data shows.

There were 4,346 fatalities there in the seven days up to  October 16, which is 184 fewer than the five-year average.

But for the first time since late June, there were more than 100 deaths caused by coronavirus in care homes.

It comes as Britain battles a second wave of the virus, with the Department of Health yesterday revealing another 22,885 people tested positive for Covid-19.

Last Tuesday, 21,331 cases were recorded – meaning the number of new cases is seven per cent higher than seven days ago.

Dr Yvonne Doyle, medical director of Public Health England, has warned the rising death toll is likely to "continue for some time".

And Government scientists have predicted that the second wave could be even deadlier than the first with a "lower but longer peak."

It means the death rate in the second wave is set to peak at a lower overall number than seen earlier in 2020, but deaths are set to stay at the same level for weeks or even months on end.

Scientists have since warned ministers that all of England will need to be placed under a Tier 3 lockdown by Christmas, claiming infection rates will soon rise to a level where the whole country is considered to be at "very high" risk.

The Sun has also learned that the ­latest government modelling overseen by chief scientist Sir Patrick Vallance shows more than 25,000 will be in hospital with the virus by the end of November — higher than the spring peak.

It will also be more than double the 9,199 who were battling the bug in hospital yesterday. 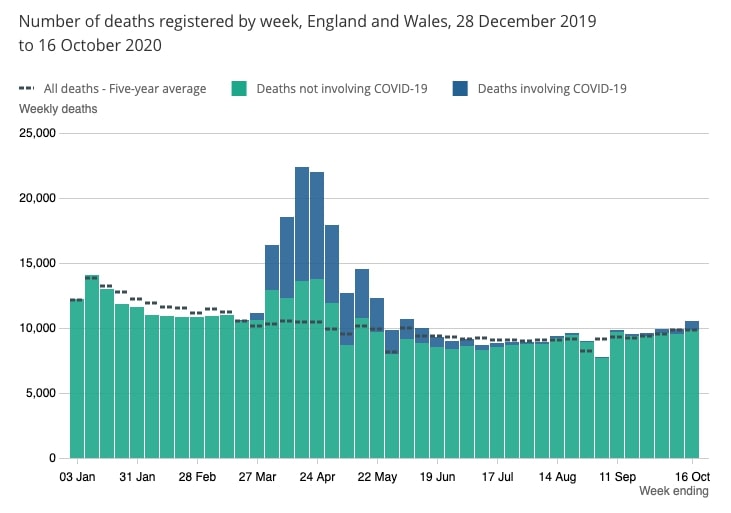 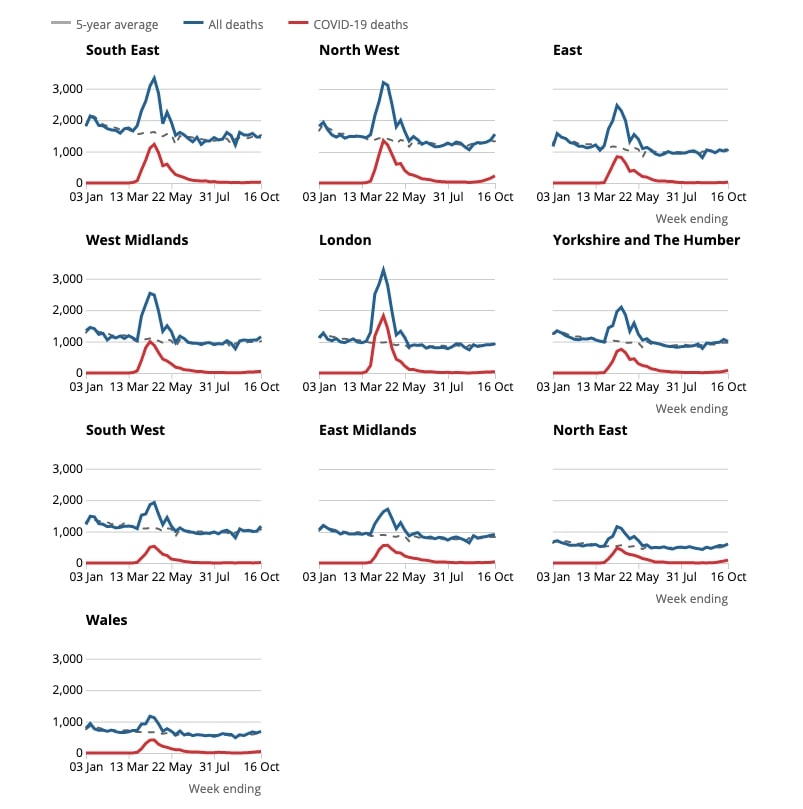 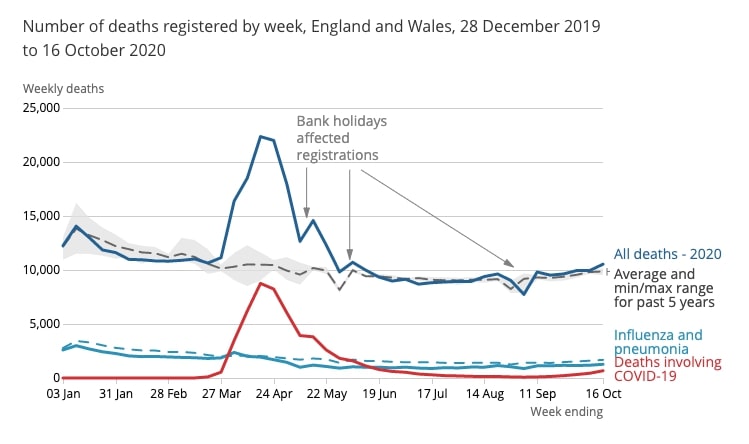 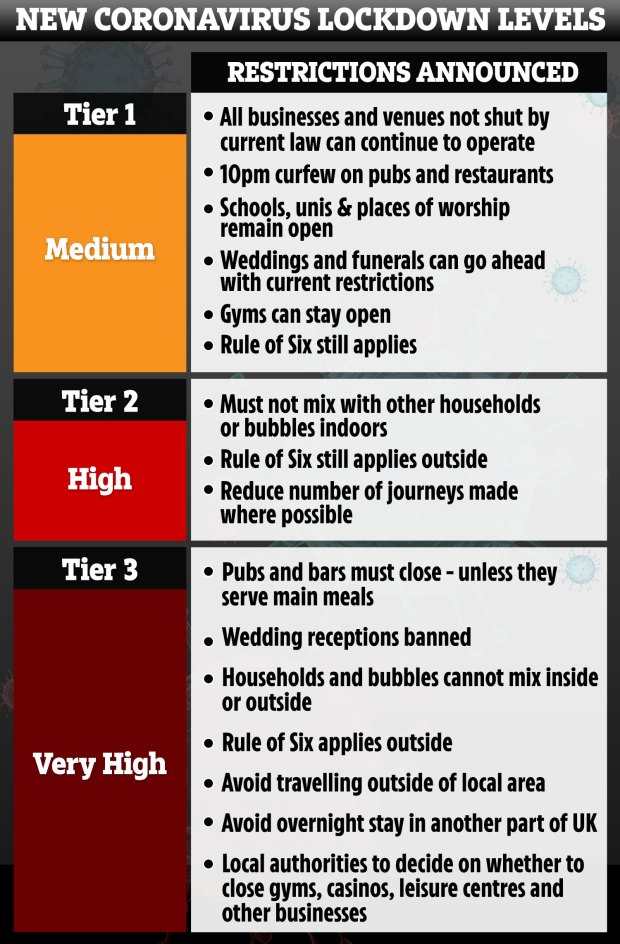