Klitschko shared a portion of that post on Instagram. At the end of his comment, Klitschko linked off to a larger statement. The statement is available in both English and German.

Klitschko said he wrote the post while in Kyiv, the capital of Ukraine. He condemned Putin for "rewriting history to justify his redivision of borders." Klitschko urged others to recognize Putin's actions affect all of Europe.

Klitschko asked for support, urging others to mobilize against "the march of imperialism."

"You can do something by mobilizing and organizing huge demonstrations. Make your voice heard. Make the voice of democracy heard. Say it loud and clear that international law and democracy are under attack, that war is the greatest evil and that life is sacred. Also say that while solidarity is good, support is better. Say that the march of imperialism must be stopped now. After all, whose turn will it be after Ukraine?"

He warned that Putin could turn his attention to another country if he's not met with resistance in Ukraine.

In his final paragraph, Klitschko asked other democracies around the world to "start thinking about a change of regime in Moscow." Klitschko urged other leaders to make that decision "before it's too late."

Wladimir's brother, former boxer and current mayor of Kyiv, Vitali Klitschko, said he would take up arms and fight against Russia.

'I don't have another choice. I have to do that.'

The Mayor of Kyiv @Vitaliy_Klychko tells @richardgaisford that it is 'already a bloody war' and he is prepared to fight for his country. pic.twitter.com/KvoGP5f92C

Russia invaded Ukraine on Thursday at Putin's urging. At least 40 people were killed as a result of the invasion — which included airstrikes in major Ukrainian cities. Ukrainian president Volodymyr Zelensky declared martial law, and warned Putin's actions were "a declaration of war against the whole of Europe."

United States president Joe Biden met with leaders of the Group of Seven — a political forum featuring the largest democracies in the world. The group reportedly discussed a joint response. Biden will address the United States on Thursday.

Klitschko wasn't the only fighter to express support for Ukraine on Thursday. Merab Dvalishvili — who is from the country of Georgia — posted an image of the Ukrainian flag along with a message urging the country to "stay strong."

Aljamain Sterling responded to that post, asking for "peace for all countries." 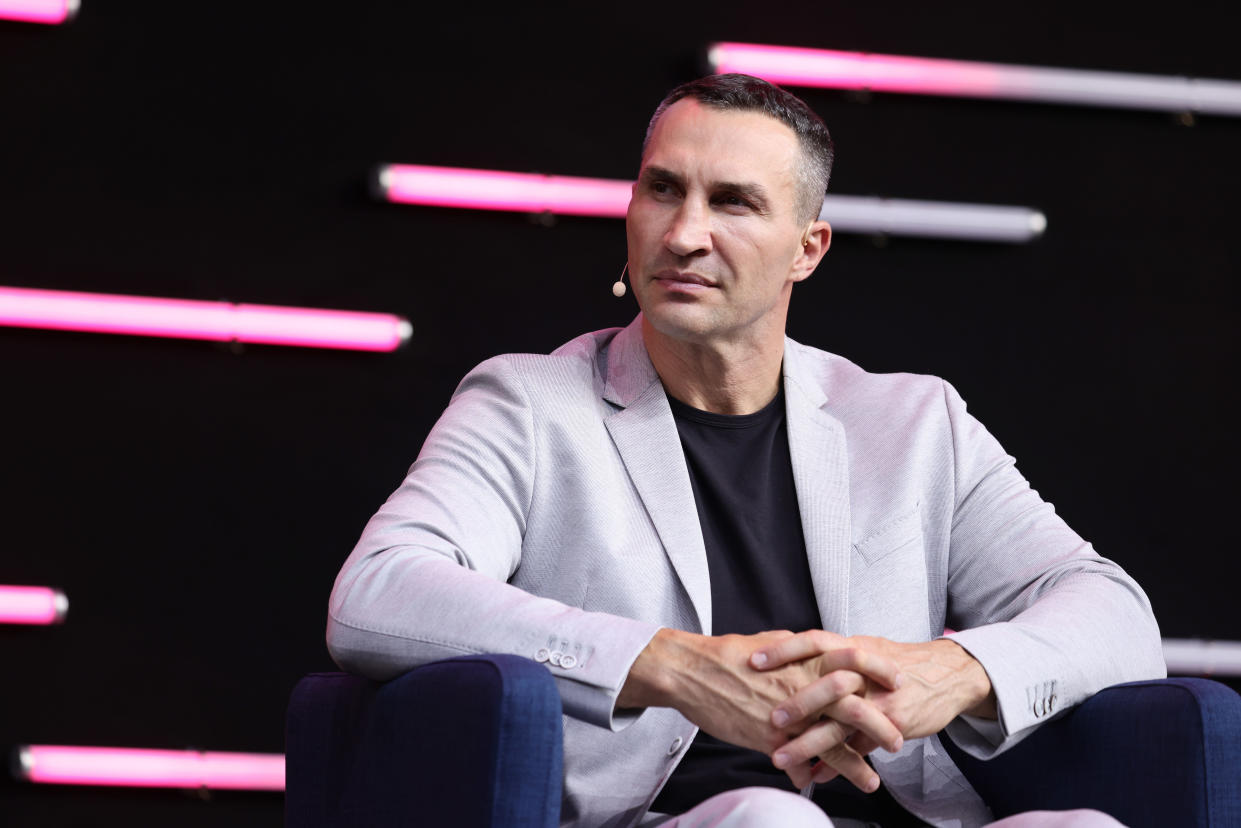