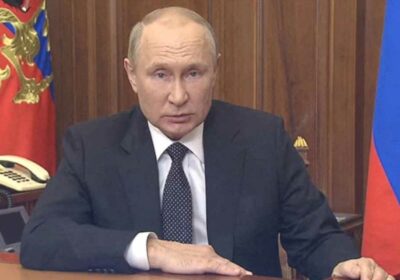 AT least 2,000 people have now been arrested for rising up against Vladimir Putin's conscription – while thousands head to Russia's borders in an attempt to flee the Kremlin's grasp.

Many of those receiving a call-up have immediately been mobilised, while unconfirmed media reports claim the Kremlin might soon close Russian borders to men of fighting age.

Hero Ukrainian president Volodymyr Zelensky in his nightly address on Sunday described Russia's mobilisation as "criminal" and reiterated his call for Russians to stand up to it and resist the Ukraine war.

He said: "Fight so that they don't send your children to die, all of those who they can take in this criminal Russian mobilisation. Because if you come to take the lives of our children, I will tell you as a father we will not let you go alive."

Huge queues were reported near the south Russian border, with some even ditching their cars as they flee Putin's draft of 300,000 soldiers to fight in the invasion of Ukraine.

Read our Ukraine-Russia live blog below for the latest updates…