Heavy rain swept in from the Atlantic this morning — with South West England, Wales and Scotland baring the brunt of the wet weather. 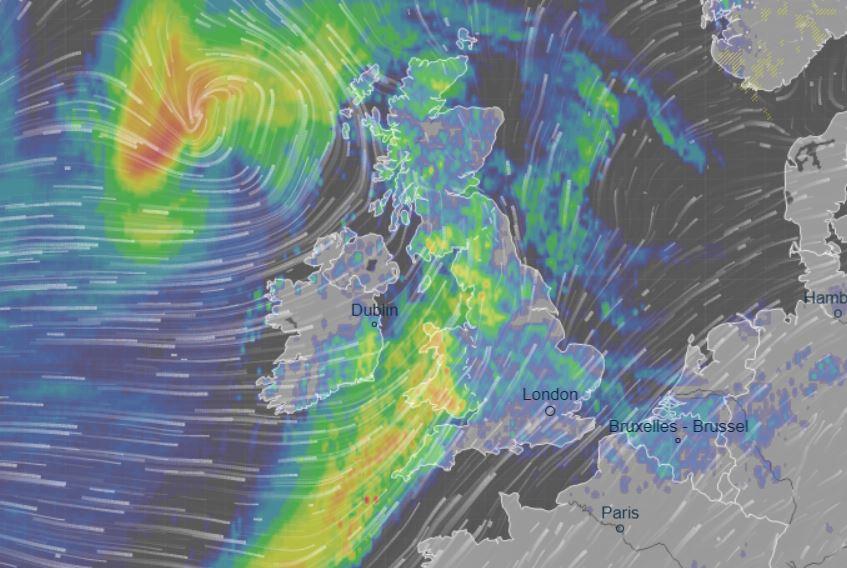 In Devon, homes have been left without power and roads cut off by standing water from extreme downpours.

Christmas shoppers were left stranded in the region while there were warnings not to travel unless absolutely necessary.

A Cornwall traffic cop said: "You must think about whether the risk is worth it – going to a party sounds attractive but it's not so good if you end up stranded on a flooded road or worse still, in hospital if you're involved in a crash."

The busy A38 was closed northbound at Rattery, Devon, at 4.30am this morning after a pile-up involving a car and a lorry. 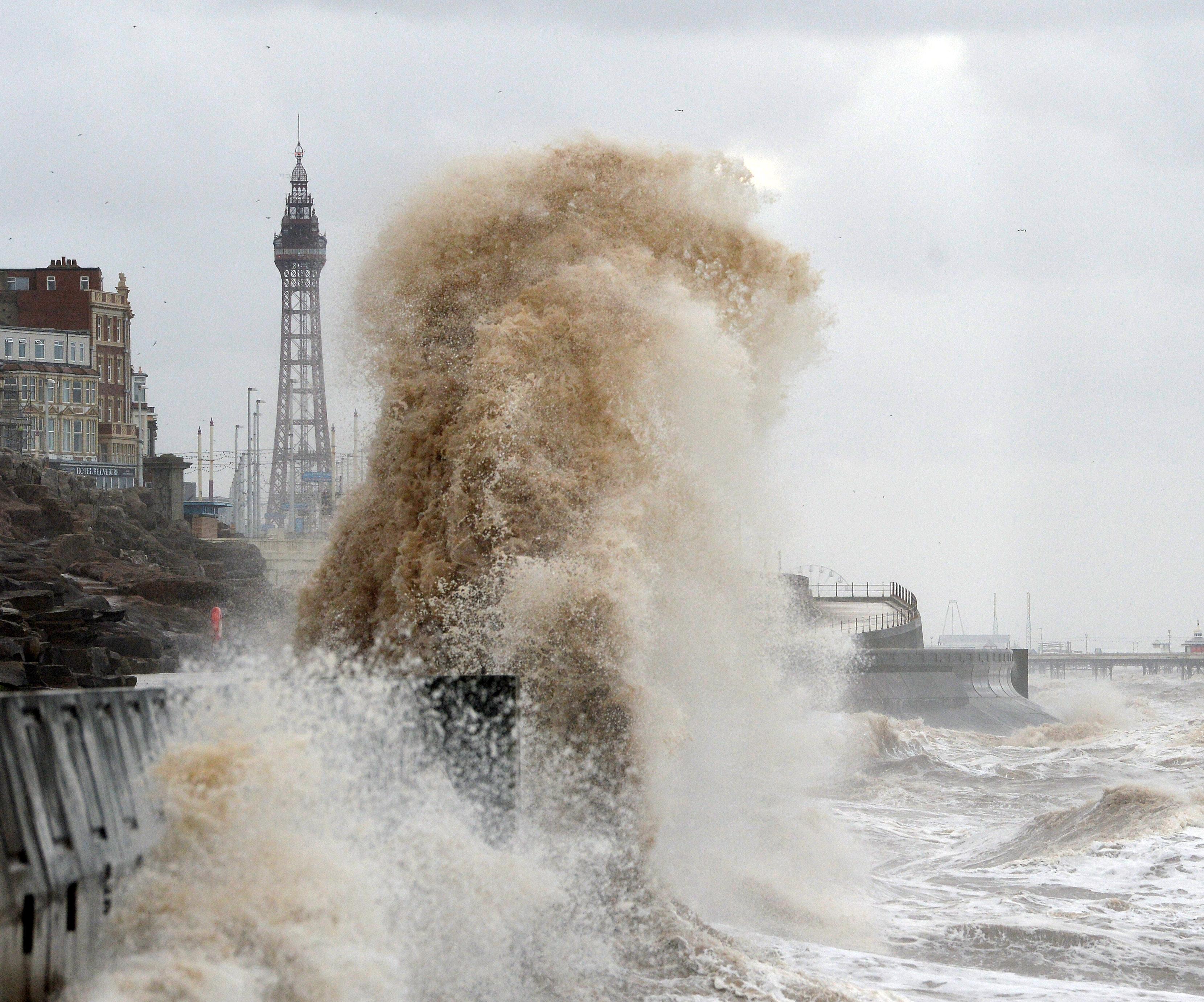 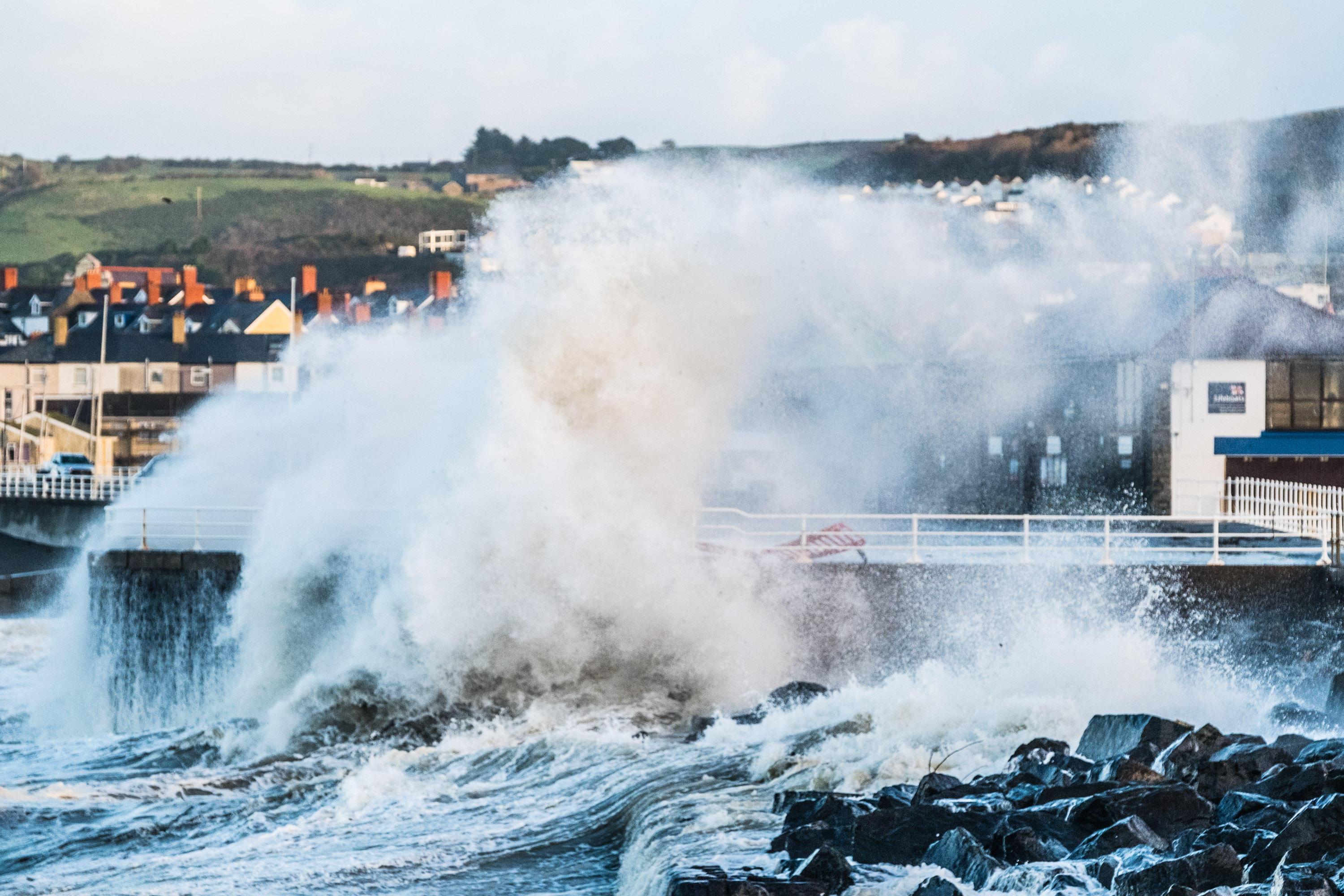 Homes have been blacked out after the storms hurled trees across high voltage power lines.

Among a list of flooded roads, the B3344 between Bovey Tracey and Chudleigh Knighton is almost impassable.

The A384 at Buckfastleigh is closed by flooding, and standing water has made traffic slow on the A390 at Highertown in Truro, Cornwall.

There is deep standing water in several places in both roads from Totnes to the A38 via either Dartington or Avonwick The A389 at Bodmin, Cornwall, is blocked vy a smash, and the A35 at Kilmington, Devon, is closed after a free was blown down in the storm.

Fire crews had to use cutting gear to free a man trapped when a car skidded and turned over on the A396 near Silverton. 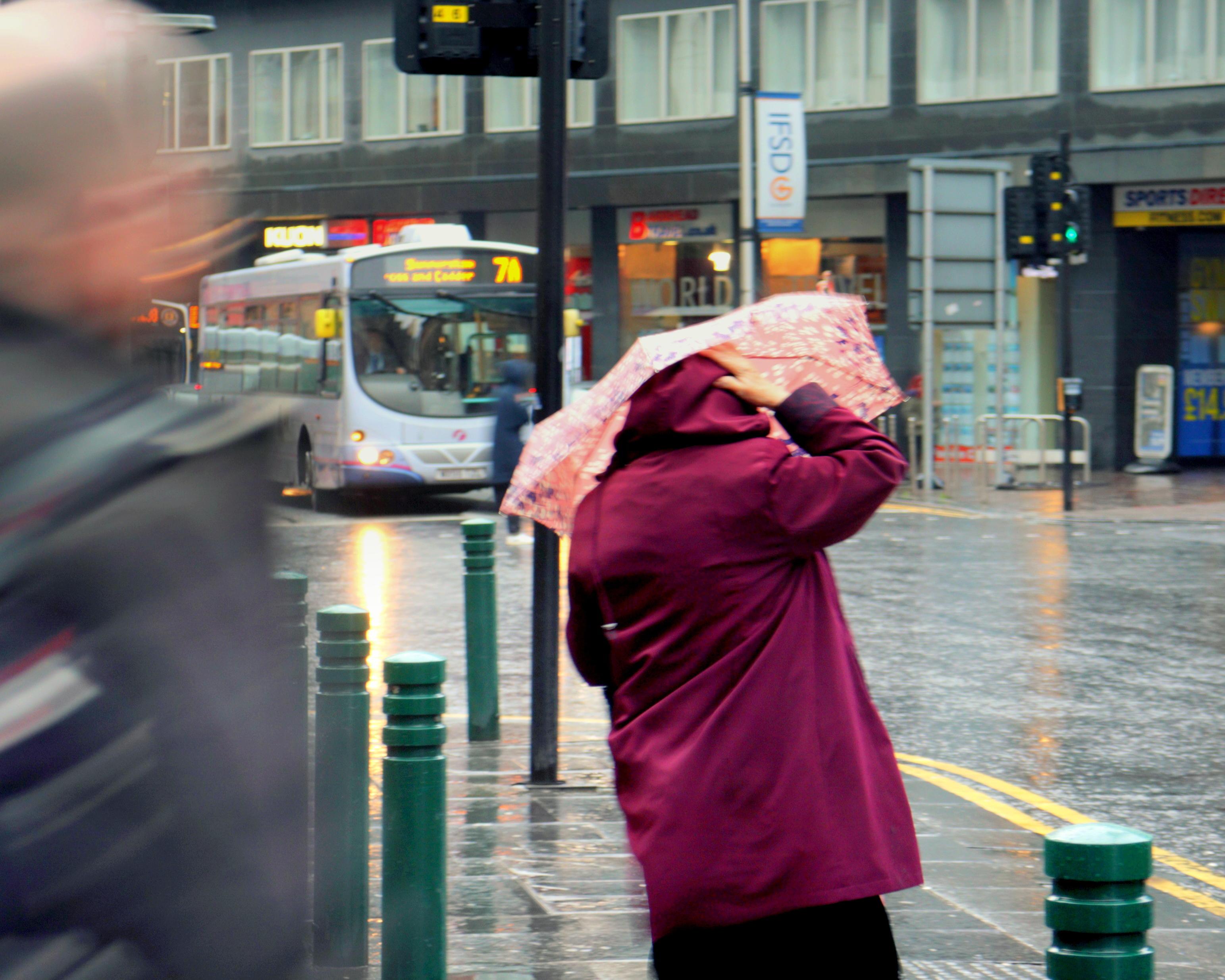 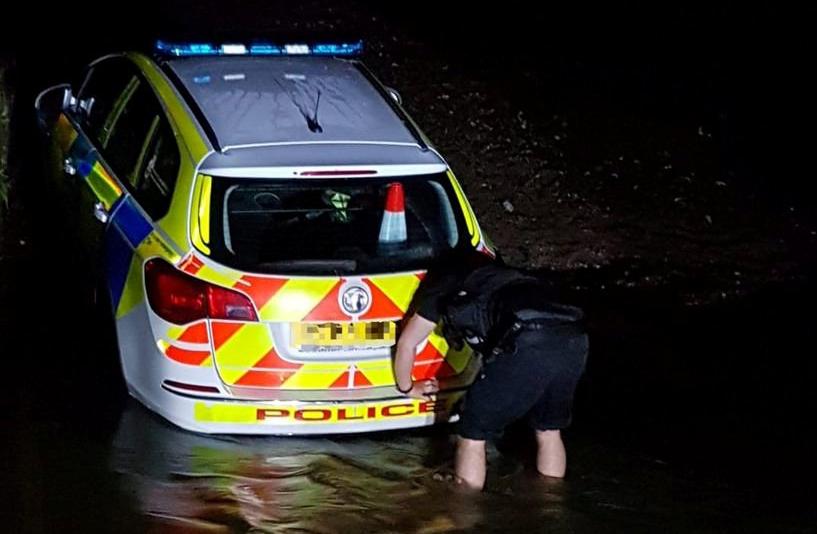 Another car had overturned and blocked the A396 at Stoke Canon, near Exeter, there are reports of a crash stopping traffic on the M5 close to the Devon-Somerset border.

The Environment Agency today issued its highest-grade flood warning for the River Torridge in North Devon.

Another 24 medium-grade flood alerts are in place from Cornwall in the South West all along the western half of England up to Cumbria.

The entire Scottish coastline from Ayr to Troon in Ayrshire is said to be vulnerable from flooding around 12.45pm today.

This is due to the combination of high tide and waves whipped up by the severe gales.

Other warnings are in place around Outer Wigtown Bay from 11.15am and East Luce Bay from 11.45am.

This covers the area where the bodies of James and Susan Kenneavy were found washed up last week.

The heavy rain and "danger-to-life gales will come before a Nordic blast sweeps in from Scandinavia.

Today's weather system has forced the Met Office to issue a yellow warning for wind from 5am until midnight tonight.

According to the warning, a "deep depression" will move eastwards across northern Scotland today bringing "widespread gales".

The warning read: "Inland gusts of 50-60 mph are likely quite widely, with gusts of 70-80 mph in exposed locations across northwest Scotland.

"Heavy rainfall may be an additional hazard across parts of northern and western Scotland."

Travellers have been told to prepare for longer than usual journeys as the weather is likely to cause delays to road, rail, air and ferry services.

They have also been warned about the possibility of flying debris, damage to buildings and large waves.

What's the weather got in store? Your five-day forecast

Thursday: Cloudy with outbreaks of rain and drizzle today, with heavy bursts of rain in western Scotland, northwest England and northwest Wales at first. Turning drier and brighter in the northwest through the afternoon with a few showers. Mild and breezy.

Saturday: Showers or longer spells of rain on Saturday and windy in the south.

Monday:  Generally settled, especially so in the west, whilst scattered showers are likely in the east where they could turn wintry at times.

From early next week, temperatures are set to plummet towards freezing point as the cold air flow moves in from the chilly north east.

Forecasts show that still conditions and light winds will lead to icy frosts developing over the weekend — especially in the Midlands, south and east.

But more changeable weather will hit the North West — where showers could turn wintry on the back of the bitterly cold air moving in from the east.

While thick snow is not likely apart from hills and mountains, disruptive sleet could pummel lower parts.

A Met Office spokesperson warned: "Showers may affect the north and east on Sunday, whilst in the south and west there may be some more persistent rain for a time.

“During the rest of this period some prolonged drier, settled but cold spells are likely, with lighter winds, especially early next week.

“Any wet and windy weather is more likely to be confined to the north and west."