A Nordic blast will sweep in from Scandinavia after the "danger-to-life" vortex batters northern parts of Britain tomorrow. 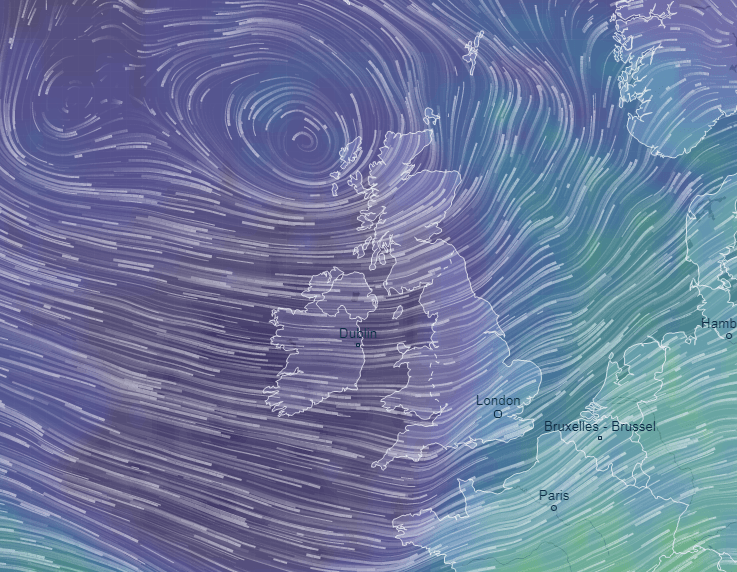 Temperatures will then plummet towards freezing point as the cold air flow moves in from the chilly north east.

Forecasts show that still conditions and light winds will lead to icy frosts developing over the weekend — especially in the midlands, south and east.

But more changeable weather will hit the North West — where showers could turn wintry on the back of the bitterly cold air moving in from the east.

While thick snow is not likely apart from hills and mountains, disruptive sleet could pummel lower parts.

A Met Office spokesperson warned: "Showers may affect the north and east on Sunday, whilst in the south and west there may be some more persistent rain for a time.

“During the rest of this period some prolonged drier, settled but cold spells are likely, with lighter winds, especially early next week.

“Any wet and windy weather is more likely to be confined to the north and west.

“This will bring overnight frosts and perhaps fog, especially for the south and east, but also a chance of some snow in the north and west and possibly wintry showers in the east.

“Some unsettled milder spells are likely, more especially from late next week onwards.” 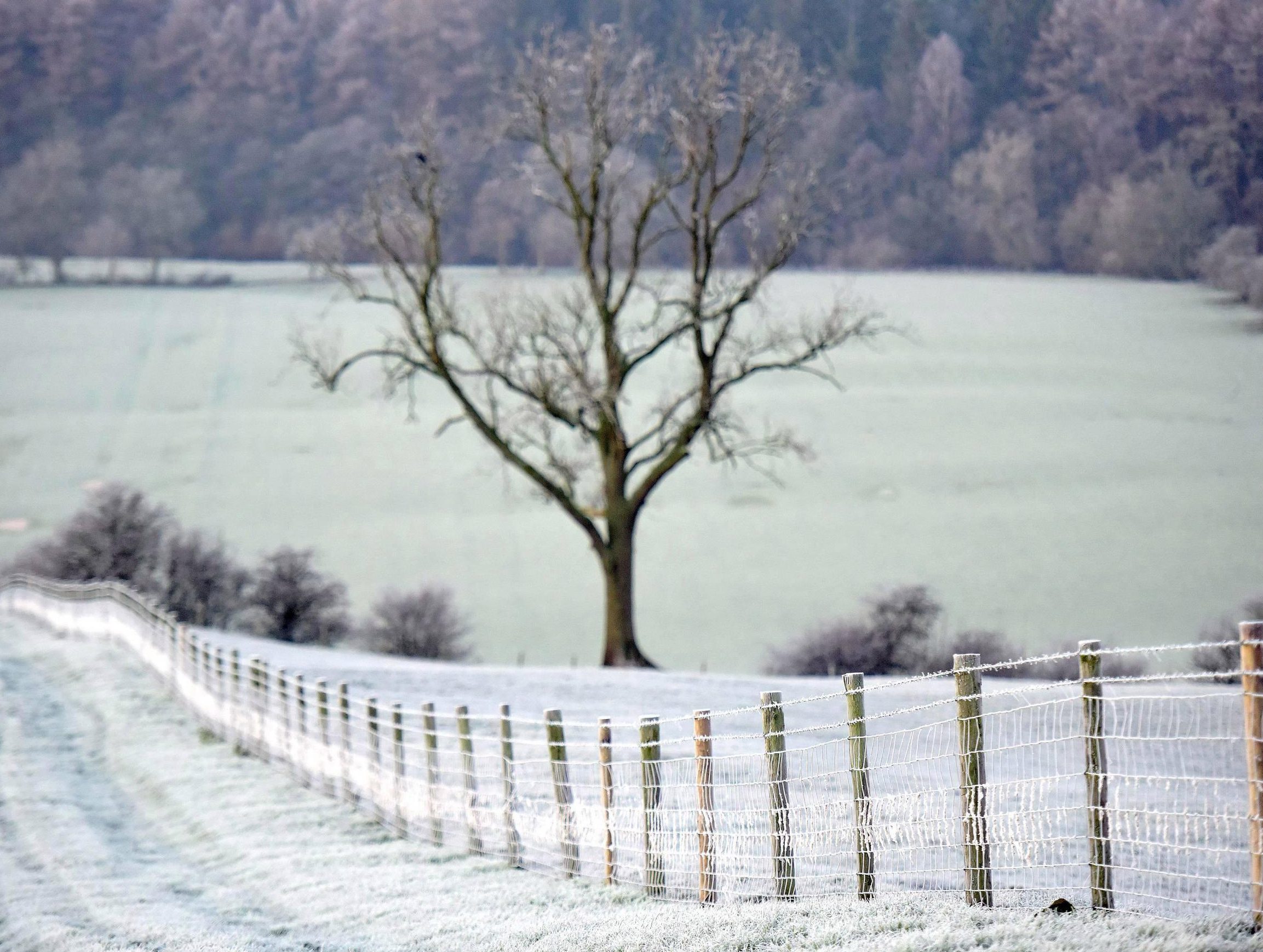 Sara Thornton, director of digital weather company Weathertrending, told The Sun Online: "As the stormy weather clears away, colder air will sweep back in from the north at the weekend.

"Indeed next week sees an abrupt change to our early winter weather."

And a spokesperson for The Weather Channel said: “Average UK temperatures will drop slightly below normal early next week, due to a cold, Arctic flow, especially in eastern Britain.

“However, Atlantic air will not be far away, keeping temperatures milder in the west.

"Therefore, we are not expecting snow, except on hills and mountains above 400m elevation.” 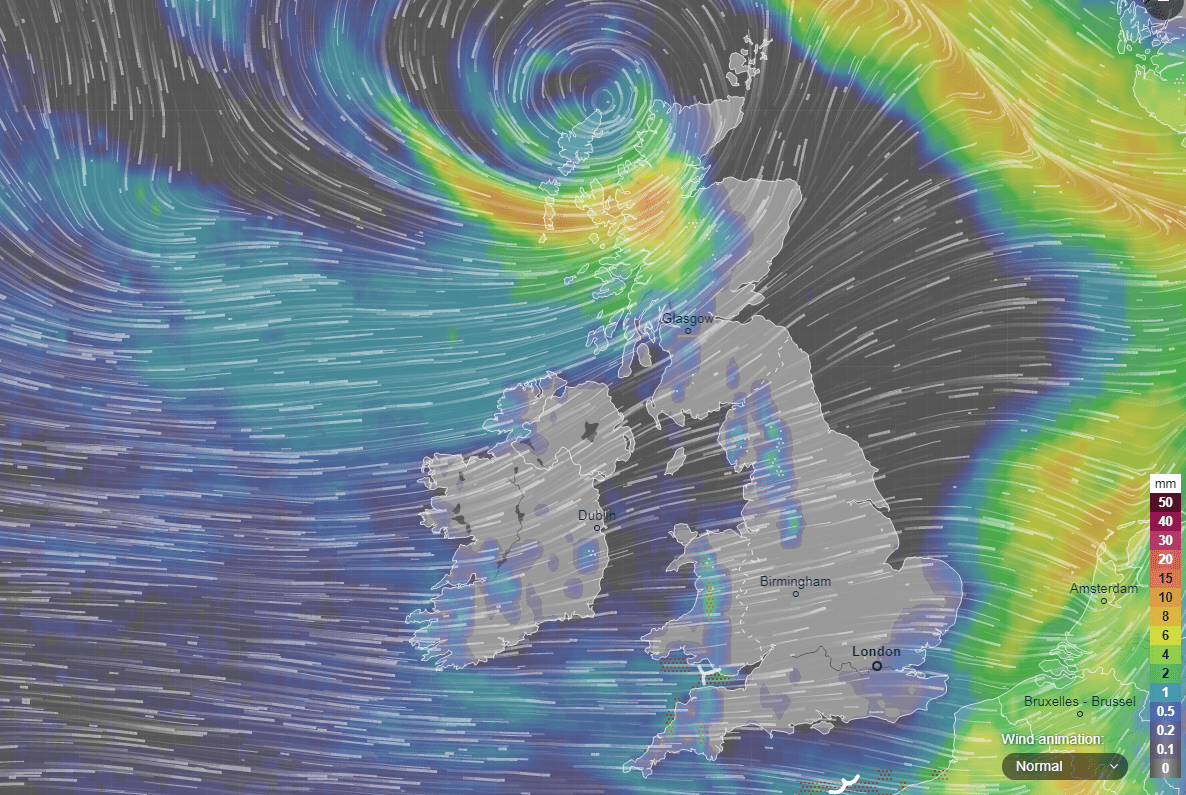 This deep wintry spell will come after a weather system that threatens to be Britain's fifth named storm of the year barrels towards the UK.

Gales of up to 80mph will smash Scotland and Northern Ireland from Friday morning.

The Met Office – which looks set to declare the vortex as Storm Deirdre – issued a Yellow weather warning for strong winds.

Its forecasters warned people in its path to expect some delays to road, rail, air and ferry transport.

Power outages are also expected — while coastal routes will be battered by high waves and sea spray. 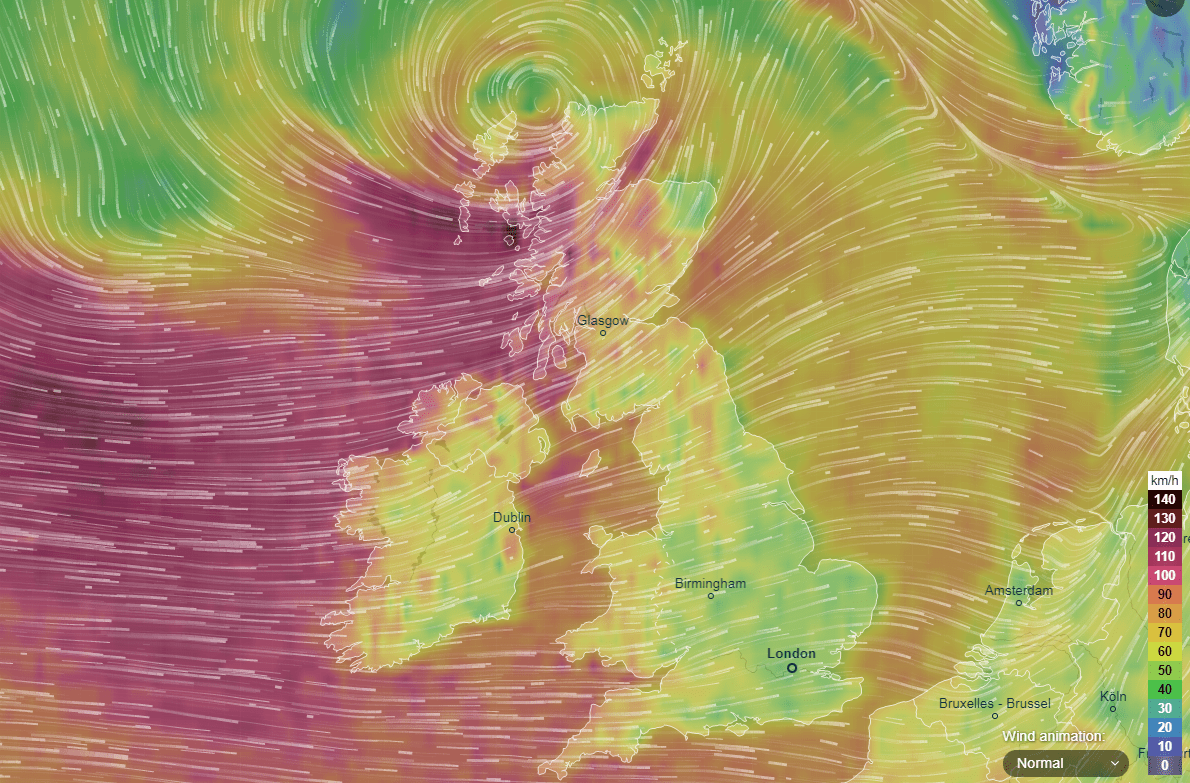 What's the weather got in store? Your five-day forecast

Thursday: Cloudy with outbreaks of rain and drizzle today, with heavy bursts of rain in western Scotland, northwest England and northwest Wales at first. Turning drier and brighter in the northwest through the afternoon with a few showers. Mild and breezy.

Saturday: Showers or longer spells of rain on Saturday and windy in the south.

Monday:  Generally settled, especially so in the west, whilst scattered showers are likely in the east where they could turn wintry at times.

In its latest guidance, The Met Office said: "The yellow area has been shrunk to cover a smaller area, whilst the warning now describes a high likelihood of lower impacts.

"The start time is now also a little later.

"Inland gusts of 50-60 mph are likely quite widely, with gusts of 70-80 mph in exposed locations across northwest Scotland.

"Heavy rainfall may be an additional hazard across parts of northern and western Scotland.

"It wouldn't be surprising if the deep depression which sweeps across the north of the UK becomes a named storm.

Storming along: Why are storms named, and who comes up with them? 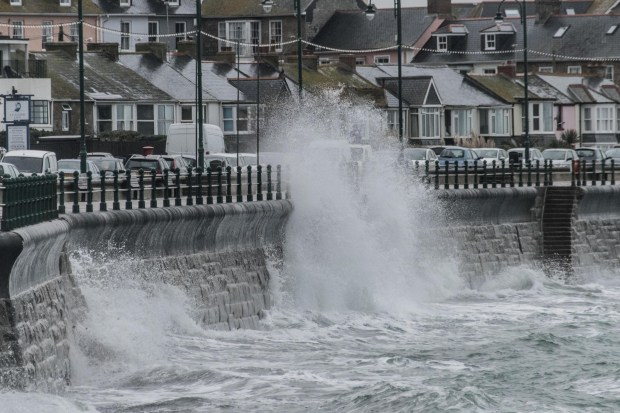 If it has the potential to cause an amber “be prepared” or red “take action” warning, according to the criteria used by the National Severe Weather Warnings service, then it will be named.

The 2017-18 seasons saw ten storms named, from Aileen in September to Hector earlier this summer.

Last summer we also saw Ex-Hurrican Ophelia, named by the National Hurrican Center in the US.

Storms are named to raise awareness of severe weather before it hits.

Derrick Ryall, Head of Public Weather Services at the Met Office, said nameing storms prompts people "to take action to prevent harm to themselves or to their property.”