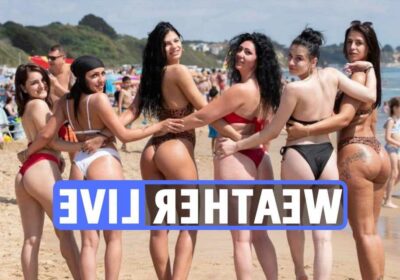 BRITAIN will be hotter than Hawaii in the "first properly hot day" this year by the end of the week, forecasts predict.

The week will begin with a mixture of weather, with some pleasant warm weather in the south.

By Wednesday and the weekend, Brits will see the peak of the heatwave – with temperatures potentially in the low to mid 30Cs.

Met Office Steve Keates said: “There’s not been much in the way of exceptionally warm days or hot days yet this year, but that it set to change.

“We’re set to see probably a brief spell of hot weather at the end of this coming week.”

The end of the week it will be hotter than Hawaii which is due to only reach 24C.

Temperatures in the south are set to soar to high 20s with London to see 29C on Friday and staying in the high 20s for Father’s Day with experts predicting temperatures into the 30s.

Mr Keate said: “It could possibly be a little hotter than that…mid-30s are possible.”

"We should beat that comfortably on Friday and potentially exceed it, or get very close to it, on Wednesday and Thursday as well,” continued Mr Keate.