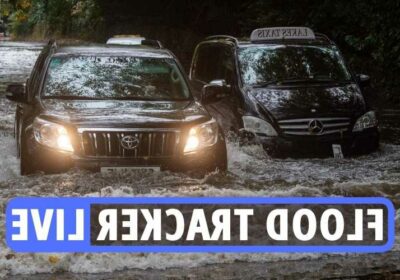 HOMES in Hawick were evacuated after a major incident was declared due to the flood risk posed by torrential rain.

Police Scotland declared the major incident with up to 500 properties feared to be at risk of flooding.

And just hours later, two road bridges were “washed away” in Dumfries and Galloway, as heavy rain and floods disrupted travel across southern Scotland and north west England.

Yesterday, Police Scotland Chief Inspector Vinnie Fisher said: "We have been monitoring the situation with the weather in the Borders closely as the day has progressed and we have now made the decision, alongside our partners, to declare a major incident and have begun evacuating various residents around the River Teviot from their properties.

"We are working with our colleagues at the Scottish Fire and Rescue Service and Scottish Borders Council to safely move all of those affected and ensure they are appropriately accommodated for the time being."

He urged people to avoid travelling in the region unless "absolutely necessary".

Read our flood tracker live blog below for the latest alerts…