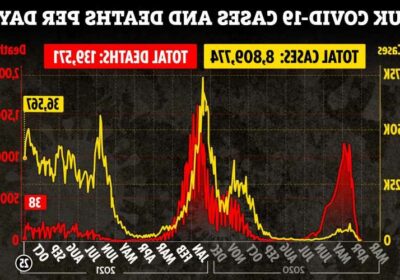 Another 38 deaths were confirmed this afternoon along with 36,567 new infections. 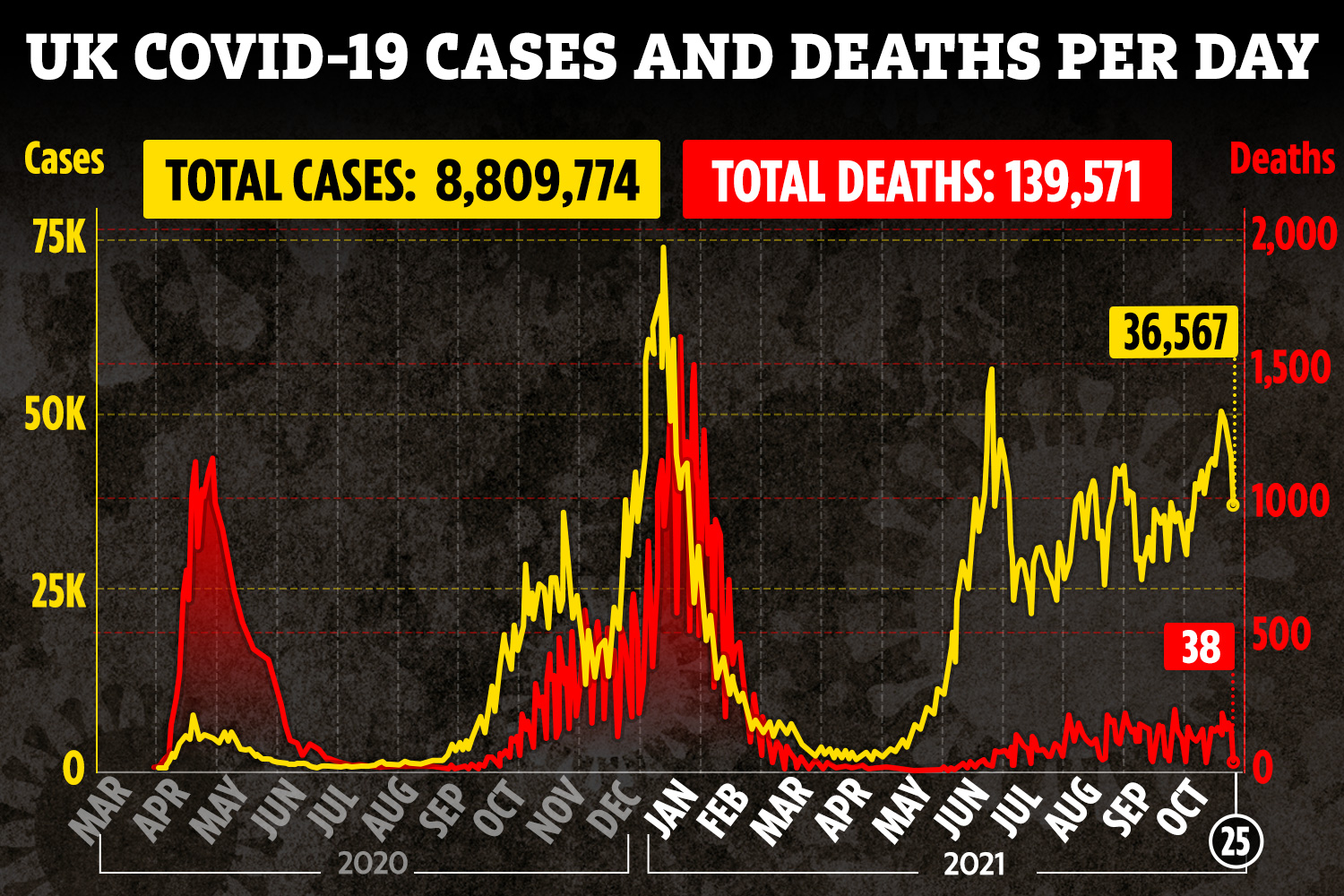 Daily infections have not been so low since October 10, when cases rose by 34,574.

Meanwhile, newly recorded deaths were last lower on October 11, when the number grew by 28.

Today's figures mean 139,571 people have died from Covid in the UK within 28 days of a positive test result since the pandemic began.

It comes as scientists and ministers urge Brits to get their booster jabs ahead of the festive period, as the nation faces "crunch point".

And a further 43,829 non-booster Covid vaccinations have now taken place in the UK so far.

Medical director of NHS England Professor Stephen Powis today urged people to come forward and have their booster jabs so we can all spend Christmas with our loved ones.

“The scale, speed and precision of the NHS Covid vaccination programme has cleared a path for the country to find its way out of the pandemic," he told The Telegraph.

"The freedom we now all enjoy, and hope to continue embracing, is a direct result of the country’s willingness and desire to come forward for a Covid jab when it has been offered."

Covid-19 infections have been rising in recent weeks and in December last year there were 6,800 people in hospital with the bug.

Prof Powis said if we fast forward to today, "cases are rising again with 6,405 people in hospital with Covid".

He added: "Although the country once again finds itself at a crunch point, the NHS vaccination programme remains the strongest weapon in the armoury.

"So, when your time comes, take up the offer, book your booster and protect the freedom and Christmas that we have all earned and deserve to enjoy," he added.

More than eight million people are eligible for their booster shot and at least 6.1million booster doses are believed to have been delivered in the UK so far.

People can have their booster jab six months after their second dose of the vaccine.

The booster jabs will help stop waning immunity, giving the most vulnerable an extra defence against the virus.

The importance of Covid boosters is why The Sun last week launched the Give Britain a Booster campaign.

Over the weekend, more than 800,000 people over three days had a third dose as queues again formed at centres.

Vaccinations hit a high of 325,140 jabs on Saturday as the total of those having a top-up went over 5.1million in England.

The high uptake comes as new data from Israel shows that boosters are essential in continuing to protect populations against Covid-19.

But more than 100,00 NHS staff are not vaccinated against Covid and Health Secretary Sajid Mr Javid said the government is considering placing NHS staff under the same rules as workers in the care sector who have to have their vaccines.

Mr Javid said that Christmas would be safe as long as Brits "do what they need to do".

He said: "I think it is as long as we do what we all need to do, everyone's got a role to play in this.

"We all want a fantastic Christmas and we can ensure that by getting out there and getting our vaccines.

"There are still some five million people out there that haven't had a single dose of the vaccine and and we need to basically tell them they need to do that, not just to protect themselves but to protect their loved ones, to do their bit, but also there's other sensible behaviours that we can all have over the next few months.

"It's getting darker, we can see it's getting colder, we will spend more time indoors, and so we should think about hand hygiene, about getting tested regularly, especially if you're going to meet your more vulnerable… perhaps an elderly relative or someone – so if we can do all that, I'm sure that we're going to have a great Christmas."

Last week ministers ruled out introducing 'Plan B' measures – which would see a return to home working and mandatory face masks.

Cases have been surging among under-20s, with almost half of recent infections in this age group,

But the government reportedly believes growth will tail off due to immunity through vaccination and infection.

It's hoped this week's half-term will also help drive down case growth among children. 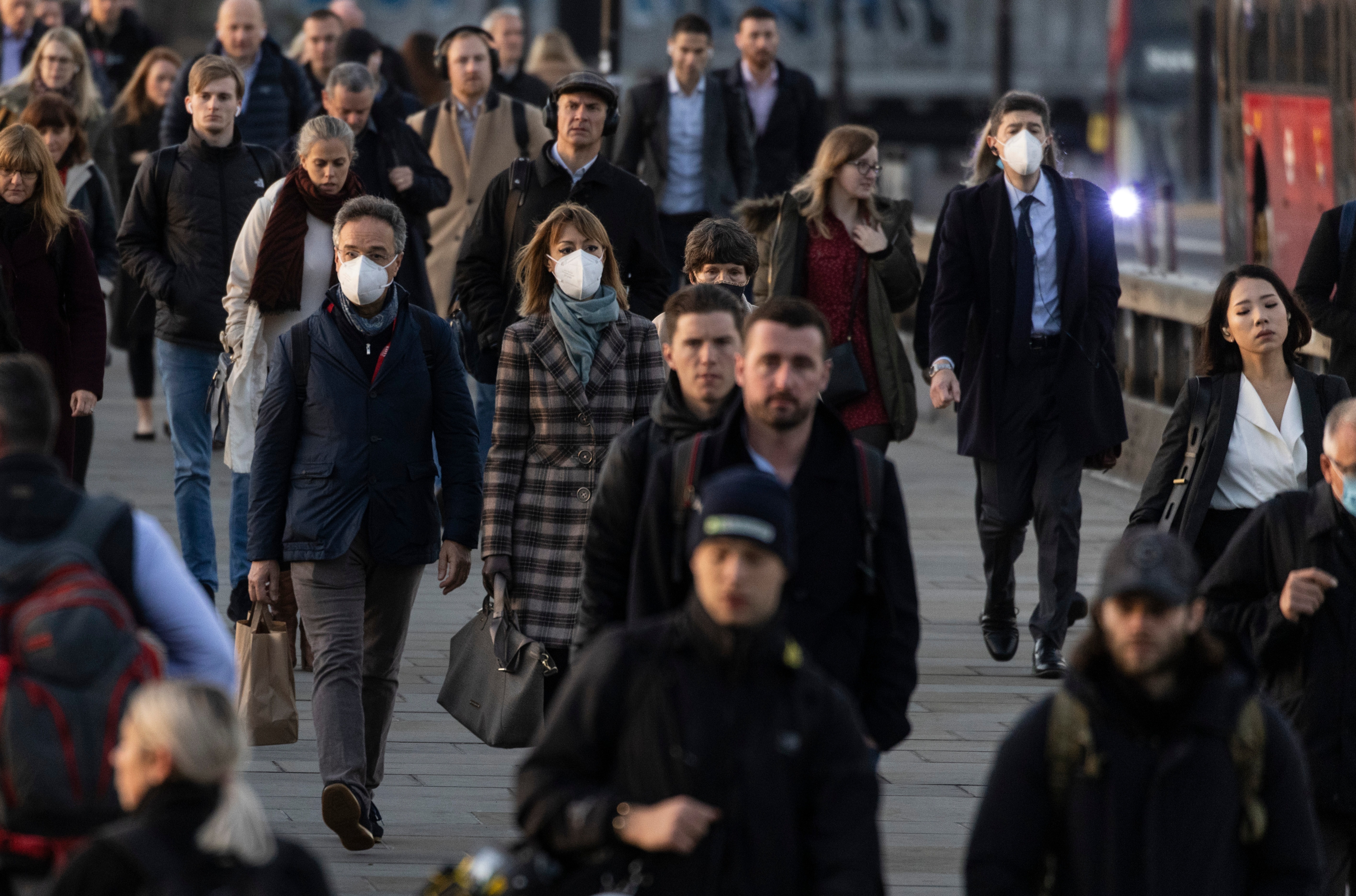