MANILA (Reuters) – Church bells taken as war trophies by U.S. forces more than a century ago arrived in the Philippines on Tuesday, ending Manila’s decades-long quest for the return of some of the most famous symbols of resistance to U.S. colonialism. 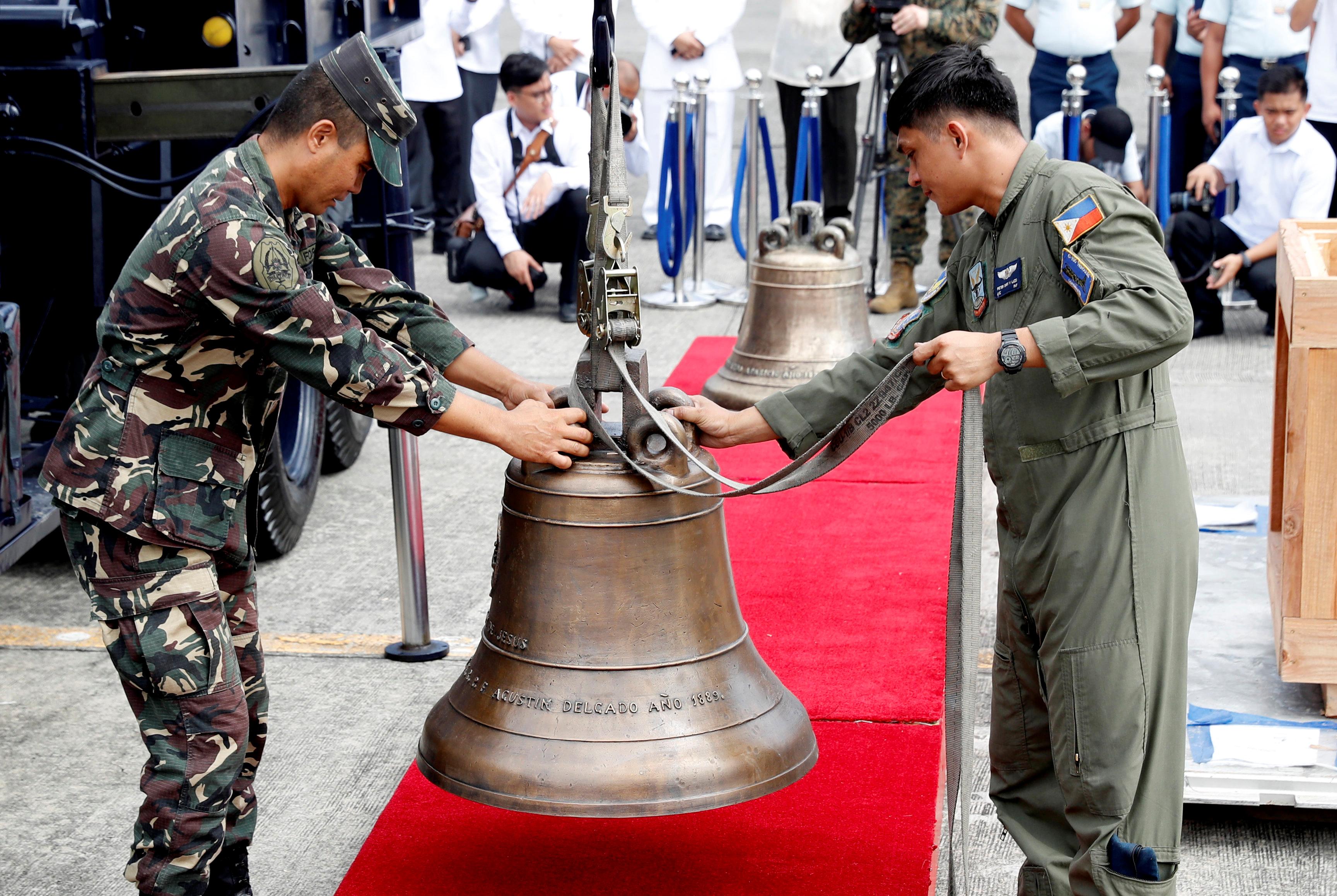 The “Bells of Balangiga” landed in a military cargo plane at a Manila air base ahead of their return on Saturday to a church in Samar, the central island where U.S. troops in 1901 massacred hundreds, perhaps thousands, of Filipinos to avenge an ambush that killed 48 of their comrades.

“I’m a little bit excited and a little bit emotional. At last we have seen the bells,” Father Lentoy Tybaco, the parish priest of Balangiga, told domestic television as the bells were lifted from boxes and displayed on a runway.

Two of the bells had been on display at an air force base in Wyoming, the other at a U.S. army museum in South Korea.

Their return follows years of lobbying by former presidents, priests and historians, and challenges from Wyoming veterans and lawmakers opposed to dismantling a war memorial, resulting in legislation that barred their removal.

The battles in Balangiga that took place toward the end of the 1899-1902 Philippine-American War marked one of the darkest chapters of U.S. colonialism.

Historians say the bells were rung to signal the start of the surprise attack on American forces, who retaliated with a massacre in which women and children were killed.

Last year U.S. Secretary of Defense Jim Mattis promised Philippine President Rodrigo Duterte that he would push hard for their return, which Duterte had demanded during his annual state of the nation address.

The move could help to appease Duterte, who has made a point of lashing out regularly at Washington, despite a tight U.S.-Philippines defense alliance.

He has condemned what he sees as the United States’ history of hypocrisy, arrogance and political interference.

Dueterte has yet to visit the United States as president, calling it “lousy”, although his foreign minister last month hinted the bells’ return might prompt a change of heart.

Giving the bells back was “overwhelmingly viewed as the right thing to do”, said Sung Kim, the U.S. ambassador to the Philippines.

“Our militaries have fought together, bled together, at times died together,” he wrote in the Philippine Star newspaper. “As your ally and friend, we will forever honor and respect this shared history.”