WASHINGTON (Reuters) – The United States on Monday condemned the execution of political activists and elected officials in Myanmar and called the military government to immediately cease the violence.

“The United States condemns in the strongest terms the Burmese military regime’s heinous execution of pro-democracy activists and elected leaders,” a spokesperson for the National Security Council said in a statement.

“We call on the regime to immediately cease the violence, release those they have unjustly detained, and allow for a peaceful return to democracy in accordance with the wishes of the people of Burma.”

The southeast Asian nation’s first executions in decades come as the ruling generals seek to put down armed resistance to their Feb. 1, 2021 seizure of power from the civilian government led by Nobel laureate Aung San Suu Kyi, detained under multiple charges.

Here are some details of the executed prisoners:

Better known as Ko Jimmy, he was prominent in a failed 1988 pro-democracy movement and jailed for 18 years during a previous era of military rule.

After last year’s coup, Kyaw Min Yu was among a number of high-profile activists charged with inciting unrest and threatening public order before he was arrested in October.

His wife told Reuters in June she would not acknowledge the military’s portrayal of him as a “terrorist” but said the whole country was in revolt against the generals. 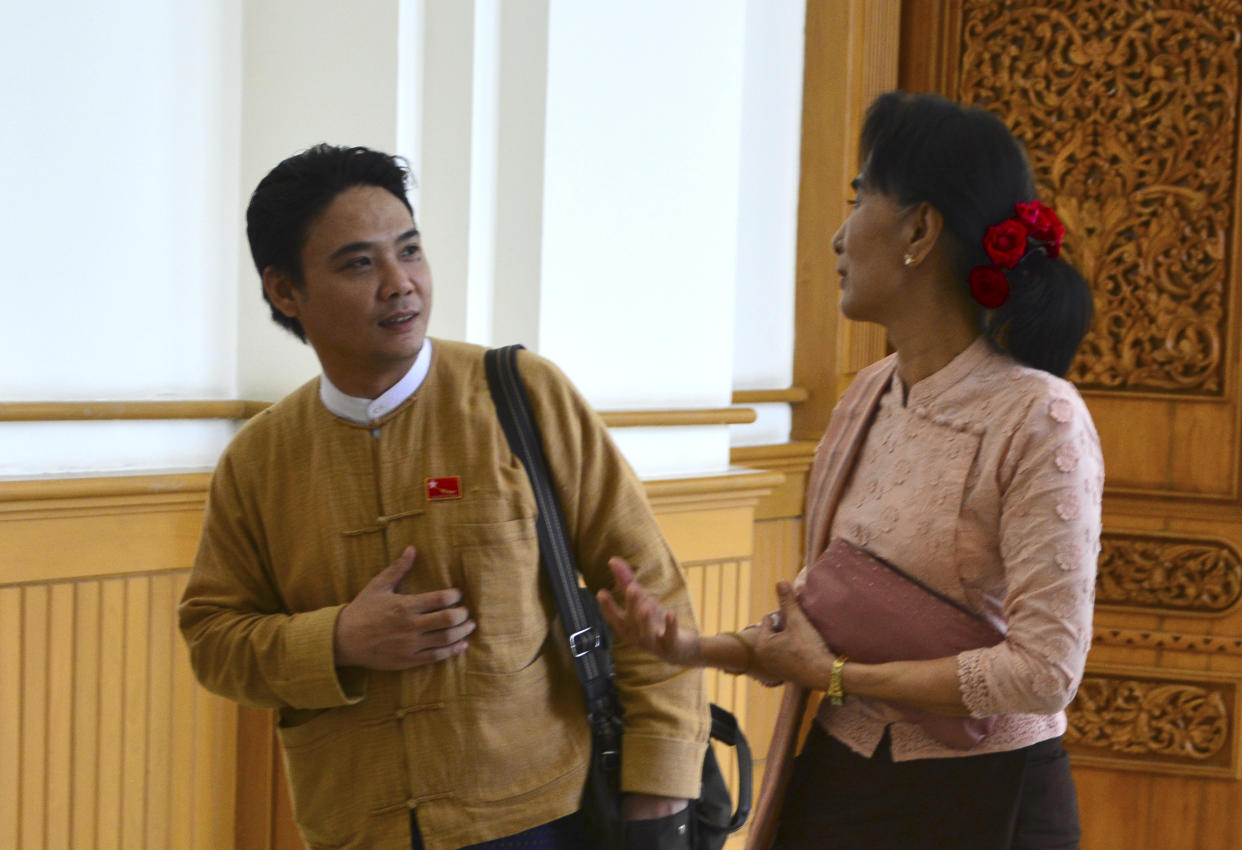 A rapper and co-founder of the pioneering hip-hop group Acid, he spent several years in jail after being arrested in 2008, following the so-called Saffron Revolution uprising against military rule.

After democratic reforms in 2011, he ran as a member of parliament and was a lawmaker until 2020.

In a documentary, Phyo Zeya Thaw said he had a tattoo on his back depicting a microphone in the centre of a map of Myanmar, reflecting his goal to speak for the people of the country.

“I want to express the people’s desire. So all I need is one mic,” he said in a clip from the documentary circulated online.

The pair were convicted on April 12 and sentenced to death for the March killing of a woman accused of being an informant for the military, the website of the army chief said.

Far less is publicly known about them, but an official at the Assistance Association of Political Prisoners (AAPP), an activist group, said they were from Yangon and been involved in protests and resistance movements since the 2021 coup.

The four men were sentenced in closed-door trials in January and April, but it was not clear how any of them had pleaded.

They had been held in the colonial-era Insein prison and their executions were the first in Myanmar since the late 1980s, according to AAPP.