Two dead, one injured in shooting on Tasmania’s north coast 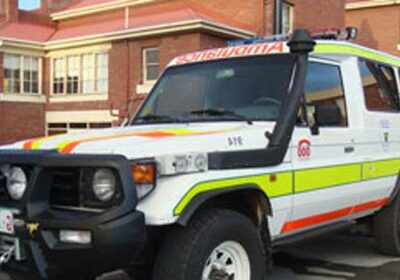 Two men have died and a woman has been hospitalised after a shooting on Tasmania’s north coast.

Tasmania Police say they were called to a property at William Street in Devonport at 1am on Saturday after reports of shots being fired.

When they reached the scene, officers found an injured woman with a gunshot wound outside the property. She was taken to hospital.

A man who had already died before police arrived was located inside the property, while an injured man who was also found inside with gunshot wounds died a short time later from his injuries.

Detectives say they believe the offender was the man who was found alive but later died of his injuries. It is understood that he was known to the victims.

Two children were also located at the scene and were uninjured. The pair were taken to Launceston General Hospital as a precaution.

“The firearm was recovered at the scene by police and there is no further concern for community safety,” Tasmania Police said in a Facebook post.

“People are asked to stay away from the area while investigations continue.”