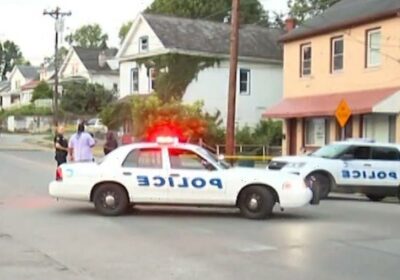 Louisiana rapper shot dead by members of a rival group

Two young children, ages 6 and 8, were among four victims in a shooting in Cincinnati on Saturday night, a report said.

The youngsters were critically injured and the other two victims — teen males — were left with non-life threatening wounds from the 6:15 p.m. shooting at McHenry and Cavanaugh avenues, WLWT reported, citing police.

The children were not the intended targets, according to Cincinnati Mayor John Cranley.

“We are all outraged that two children have been caught in the crossfire of a shooting last night,” Cranley said in a statement to the news outlet.

Police did not immediately reveal further information on the shooting, including any suspect descriptions or possible motives.

Cranley said the department is working on “strong leads.”

“We are confident the police will bring these violent criminals to justice,” the mayor said in his statement.