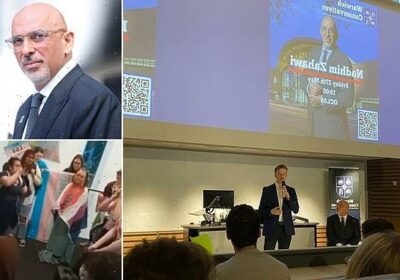 Transgender supporters hounded the secretary of state for education as he visited the University of Warwick, with the institution’s Pride society accusing him of ‘inciting hate’.

Nadhim Zahawi was ushered away by security as protesters at the university chanted ‘Tory scum’, and ‘Zahawi is a transphobe’, with some holding placards and wearing the transgender flag.

Prior to the event, Warwick Pride accused the minister of ‘inciting hatred’, after he defined women as ‘adult human females’. 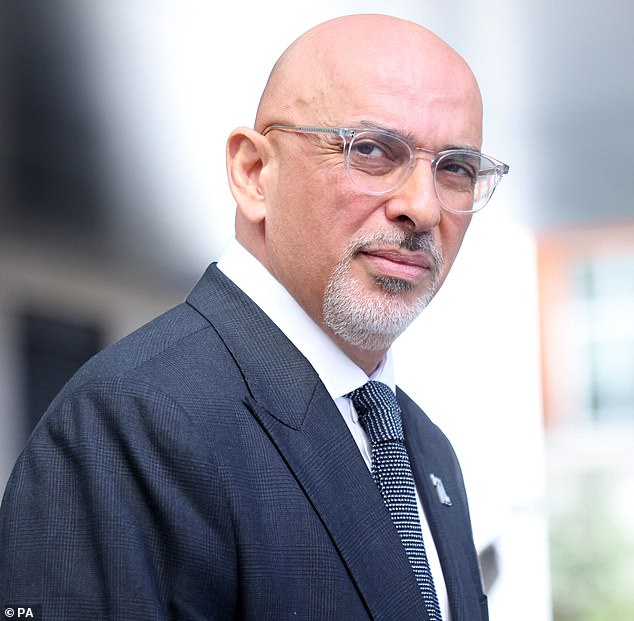 Protesters accused the minister (pictured) of ‘inciting hatred’, after he defined women as ‘adult human females’ 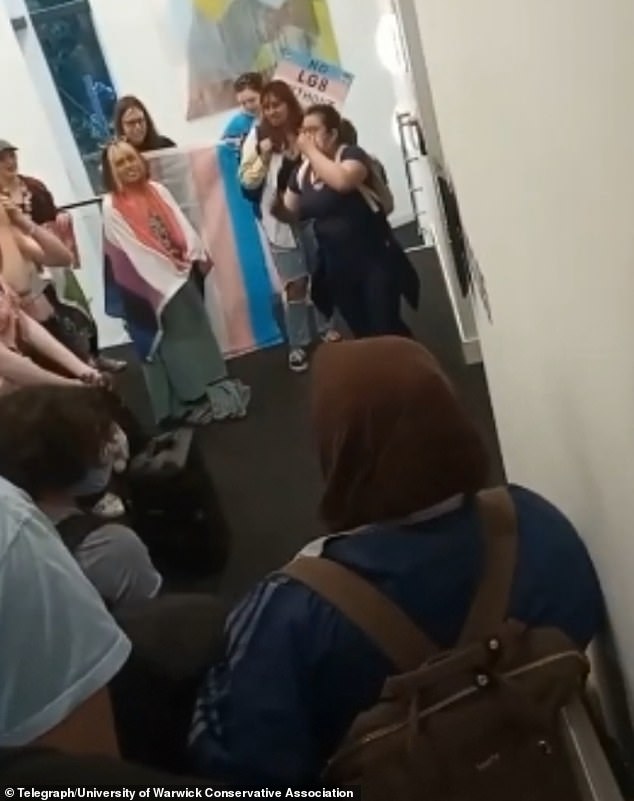 Transgender supporters hounded the secretary of state for education as he visited the University of Warwick, accusing him of ‘inciting hate’ 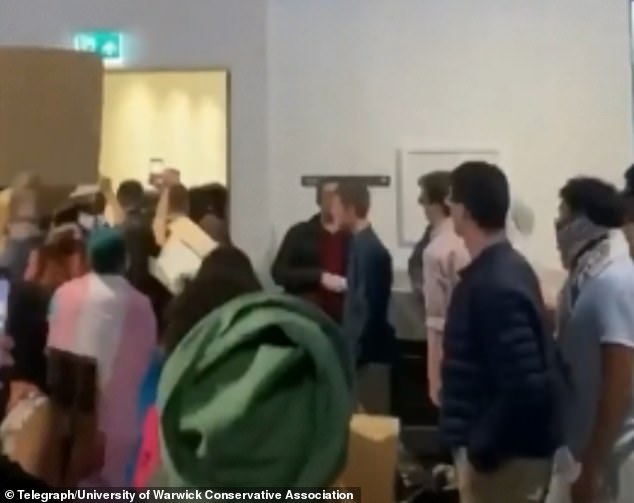 Protesters at the university chanted ‘Tory scum’, some holding placards and wearing the transgender flag

The activists were blocked by security as they tried to follow Mr Zahawi out of the campus building, as he left to get into his car, the Telegraph reported.

He had been speaking at an event organised by the University of Warwick Conservative Association on Friday.

The association said that he discussed ‘the future of our education system’, and then moved onto ‘topics ranging from housing to how to engage more young people within the party’.

Warwick Pride, the university’s LGBTQUIA+ association, issued an open letter before the talk, stating that some of the society’s executive planned on attending the event ‘with trans flags and the intention to ask Zahawi questions concerning the rights of trans people in the UK’.

‘Given that transphobia is omnipresent in society, it is imperative for the mental well-being of trans students that the university make itself clear that it is indeed supportive of transgender individuals, and that reactionary harmful transphobic rhetoric will not go unopposed,’ it said in a statement.

‘Trans rights are simply not up for debate, they are non-negotiable.’

The society said in its letter that the talk ‘clearly violates SU by-laws on Equality and Diversity’.

‘We cannot fault the SU for its inaction regarding our complaint about this event,’ it added.

‘Nadhim Zahawi being a government minister clearly puts them in a complex position if they were to cancel the external speaker event. However the notion that Zahawi does not incite hatred is ludicrous at best.’

Prior to the protest, the society also said that it does not condone any violent behaviour.

‘Any acts of violence at this event are discouraged and not to be affiliated with us,’ it said.