Tower Bridge has now reopened after being sealed off by police as officers dealt with an ‘incident’.

City of London Police refused to reveal details of what forced the closure but a spokesman said it had shut ‘as a precaution’.

The bridge had been closed to both cars and those travelling on foot, and had sparked traffic chaos in the capital, with witnesses spotting emergency vehicles nearby. 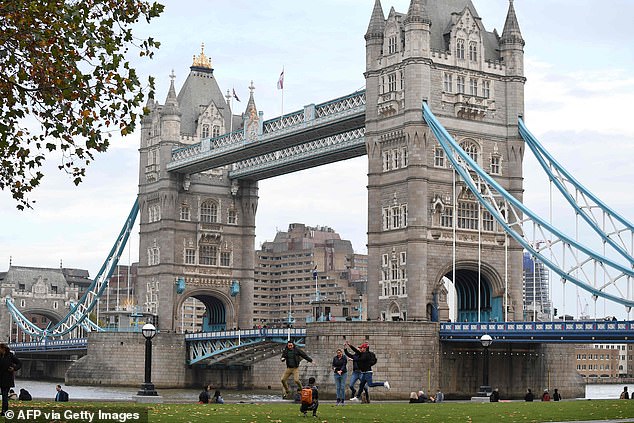 One onlooker suggested police were responding to reports of a suspect package. The force did not comment on whether this was the case.

City of London Police initially tweeted: ‘#TowerBridge is currently closed to traffic and pedestrians whilst our officers investigate an incident on the bridge.

‘Please use alternative routes where possible. Updates to follow. Thank you for your patience.’

It then reopened just before 12pm.

The incident comes just two weeks after the bridge was closed for an hour as officers ‘dealt with a person who climbed the structure.’

Photographs showed a person holding onto the landmark in the capital, after police said they were called to the scene at about 11.30am on October 28.

The 126-year-old bridge reopened around 12.25pm, although it was unclear what happened to the person who scaled it.