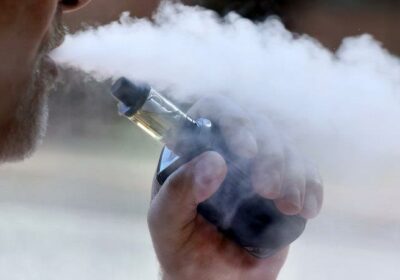 The crackdown on smoking in Australia, using a combination of tough packaging laws, public space and advertising bans, taxes and point-of-sale restrictions, has been one of the nation’s most successful health campaigns. It is likely to have saved many thousands of lives. But this success is being undermined by the growing popularity of e-cigarettes, particularly among young people.

More than 2 million Australians are believed to have used e-cigarettes to vape. The devices use electricity to heat liquid and deliver an aerosol vapour made up of a wide range of chemicals that can include food flavourings, preservatives, synthetic coolants and, most notably, nicotine. Disposable e-cigarettes are often packaged to look like boxes of lollies, with bright colours and designs that disguise the product as a pen, highlighter or USB stick. The products can have flavours such as fruit and chocolate. 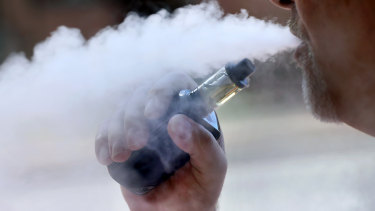 More than 2 million Australians are believed to have used e-cigarettes to vape.Credit:AP

In Australia, non-nicotine vaping products are considered consumer goods and are legal for adults in most states and territories, including Victoria. In October, the federal government cracked down on those containing nicotine. They are now only legally available from a pharmacy or via personal importation for adults with a prescription.

But teenagers are easily accessing vaping products. They have grown in popularity to the extent that some schools are having to take measures to stop their students vaping, such as installing CCTV or vaping detectors, or locking bathrooms between breaks.

Schools are not the only ones raising alarm bells. Australian Medical Association vice-president Chris Moy recently said there was a strong argument to ban non-nicotine e-cigarettes, describing them as “the pinnacle of aggressive, scary, malicious marketing to children”.

This view was supported by Australian National University research, commissioned by the federal Health Department, which found vaping was “causing addiction in a new generation of users” and made young people three times more likely to take up cigarette smoking. The findings revealed that the use of nicotine e-cigarettes increased the risk of adverse health outcomes, particularly in youth, including addiction, poisoning, seizures, trauma and burns, and lung injury.

One aspect of vaping that has attracted support is its role in helping people quit smoking cigarettes. Anecdotal evidence indicates that some people do find it beneficial. But the evidence to back up this view is not strong, according to the ANU research, and doctors have been advised to encourage patients to use other methods to quit smoking.

It took decades of rigorous research into tobacco products to prove categorically that cigarette smoking is addictive and dangerous, and that smoking causes cancers affecting lungs, throat, mouth, stomach, liver, pancreas, bladder and more. Medical research also eventually proved that inhaling smoke from other people’s cigarettes and being in environments where smoking prevails can cause cancer.

While the evidence is not as clear for e-cigarettes, the studies so far should be raising plenty of red flags. Last year, the Australian Competition and Consumer Commission made a submission to the government that the Therapeutic Goods Administration should regulate all personal vaping products, not just those containing nicotine, to avoid regulatory gaps.

The Age can only concur. At the moment, with minimal regulation, the use of non-nicotine e-cigarettes is growing by the day, and they are clearly getting into the hands of many younger people. The government was right to restrict those with nicotine, but there are growing concerns that there is a large black market that is circumventing the new laws. The battle to restrict cigarettes took decades. Governments should not make the same mistake with e-cigarettes.

Gay Alcorn sends an exclusive newsletter to subscribers each week. Sign up to receive her Note from the Editor.