Tory leadership frontrunner Truss will order police 'back to basics' 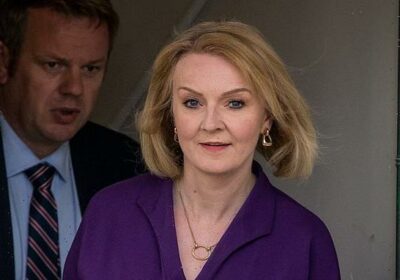 Liz Truss will lay down the law to police today by ordering them to investigate real crimes instead of petty online spats.

The Tory leadership frontrunner says she will make the streets safer by forcing chief constables ‘to get back to basics’ and hold them to account with strict targets.

She will expect forces to cut rates of murder, violence and neighbourhood crimes like burglary and theft by 20 per cent over the next two years if she becomes prime minister and will publish league tables to highlight which are performing worst.

Chiefs of failing forces would have to explain their plans to turn things around at special meetings chaired by the Home Secretary, while officers would be told to visit the homes of every burglary victim.

Miss Truss’s tough approach comes amid growing concern at the number of police forces in England and Wales that are letting down crime victims and the public, in spite of large numbers of new bobbies on the beat being recruited. 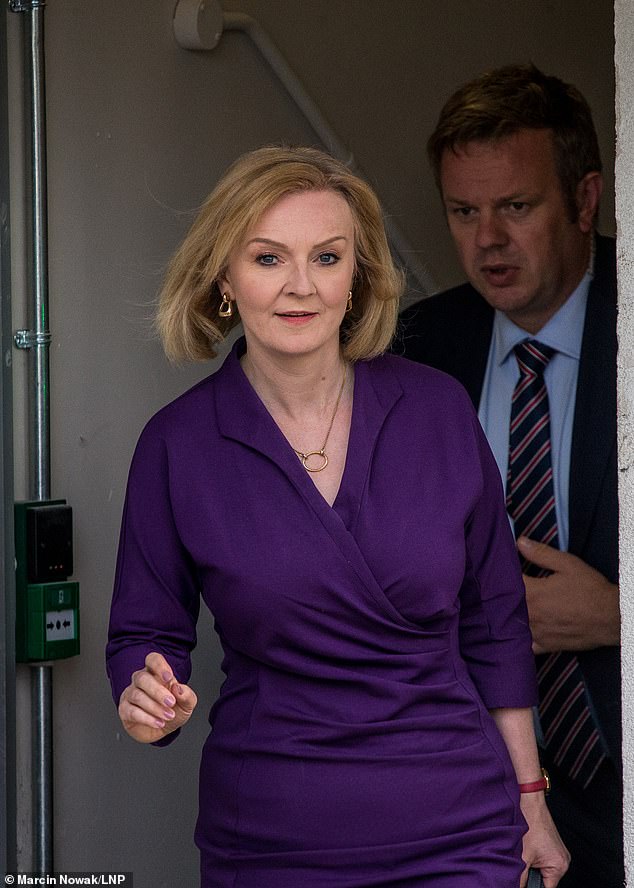 The Tory leadership frontrunner says she will make the streets safer by forcing chief constables ‘to get back to basics’ and hold them to account with strict targets (Truss pictured leaving Ealing TV studios, July 26, 2022)

The police watchdog has put six forces into ‘special measures’, while former Metropolitan Police commissioner Dame Cressida Dick was forced out of Scotland Yard for failing to tackle its toxic culture.

Last night Miss Truss said: ‘People across our country want criminals locked up, and crime prevented, so they feel safe on their streets.

‘We and our fantastic Conservative police and crime commissioners (PCCs) have made good progress since the 2019 election, with over 13,000 new police officers on the streets and the increase in powers and resources having a real impact in communities around the country, but we now need to go further and faster.

‘It’s time for the police to get back to basics and spend their time investigating real crimes, not Twitter rows and hurt feelings. People can trust me to deliver and these league tables will help hold the police to account – making our streets safer and our country more prosperous.’ 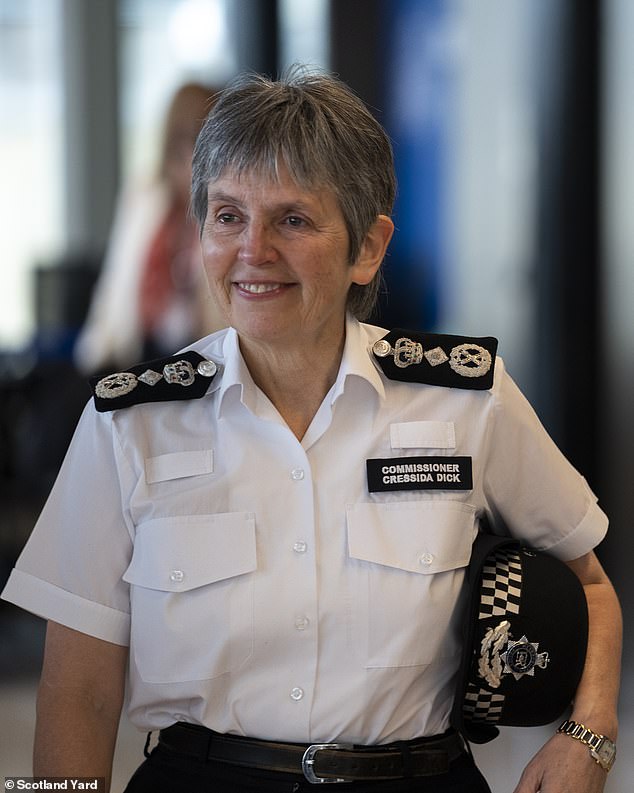 She will give PPCs greater powers to veto training that focuses on identity politics, and ensure learning for officers focuses on key issues such as domestic abuse. Miss Truss will also tell forces to stop investigating online discussions as possible hate crimes.

She will check that new guidance on so-called ‘non-crime hate incidents’ protects freedom of speech and means officers are policing the streets rather than social media.

A campaign source said: ‘Burglars, thugs and murderers should expect to be taken off our streets and thrown behind bars but it’s unfortunate that some chief constables are not cracking down as hard as they should be. Liz will hold their feet to the fire, and these newly published statistics will help the public do the same.’

But police chiefs are likely to resist their forces being measured against national benchmarks given that some cover large cities while others are responsible for sparsely populated rural areas.

Experts have also long warned that making police focus on particular targets means they ignore other offences and may try to ‘game’ the figures.