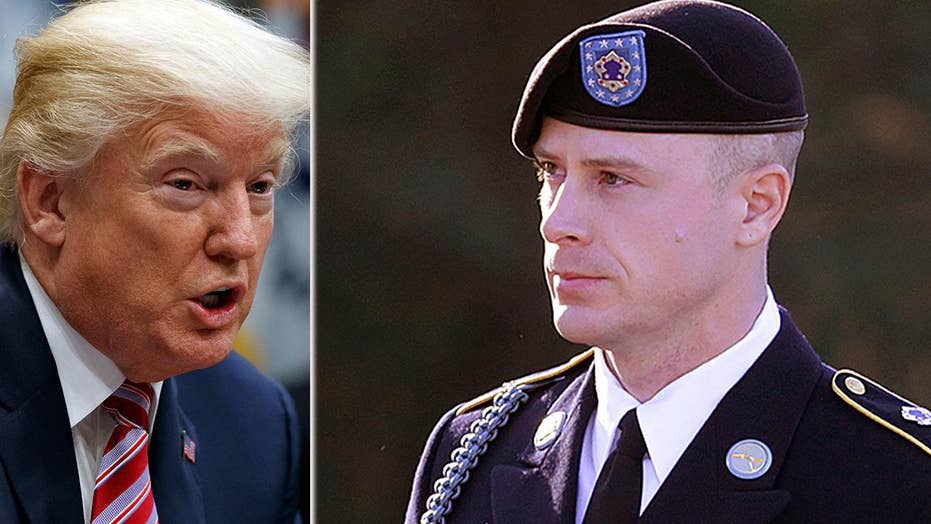 President tweets that sparing Army Sgt. Bowe Bergdahl from prison time for leaving his post in June 2009 is ‘a complete and total disgrace to our Country and to our Military.’

The U.S. military's top appellate court on Friday rejected a legal challenge made by former Army Sgt. Bowe Bergdahl over his court-martial conviction for deserting his post in Afghanistan.

Bergdahl's lawyers argued that repeated comments made by President Trump – both while he was a presidential candidate in 2016 and then later as commander in chief, when he repeatedly ridiculed Bergdahl — prevented the ex-soldier from receiving a fair trial.

Trump has referred to Bergdahl as a "traitor" and even suggested he be shot or thrown from a plane without a parachute.

"Appellant asks this Court to dismiss with prejudice the charges and specifications against him, or in the alternative, to grant other meaningful relief such as approving a sentence of no punishment. We decline to do so," the court wrote.

Bergdahl still has the option of asking the Supreme Court to review his case.

Bergdahl pleaded guilty in 2017 to desertion. He was spared prison time but was dishonorably discharged from the military as a private.

Trump tweeted at the time: "The decision on Sergeant Bergdahl is a complete and total disgrace to our Country and to our Military."

In 2009, Bergdahl, who is from Hailey, Idaho, walked away from his post in Afghanistan. He was captured and held by the Taliban for five years. Some of his fellow soldiers were severely injured trying to find him.

In 2014, former President Barack Obama brought Bergdahl home in a swap for five Taliban prisoners at Guantanamo Bay. He said at the time the U.S. does not leave its services members on the battlefield.