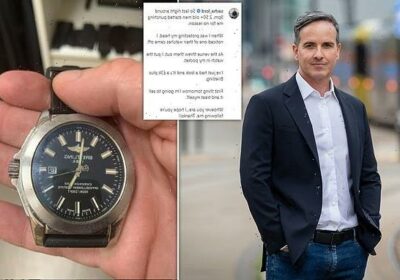 Wish you could turn back time?: Pub campaigner taunts thugs who lost a watch when attacking him… as it turns out to be a £3,000 Breitling

A pub campaigner who took the Government to court over easing lockdown restrictions has revealed an unexpected prize after being attacked by two thugs – a £3,000 Breitling watch.

Hospitality adviser Sacha Lord said he was set upon by two men – believed to be in their 50s – who began punching him at a venue in Manchester on Saturday night.

But in the melee one of the men lost his watch, which Mr Lord pocketed and then discovered was the valuable Swiss watch. He then taunted his attackers on social media by saying he will sell it and treat himself with the proceeds.

Mr Lord, 49, who is the area’s Night Time Economy Adviser, said: ‘So last night around 9pm 2 50+ old men started punching me for no reason.

‘When I was protecting my head, I noticed one of their watches came off. 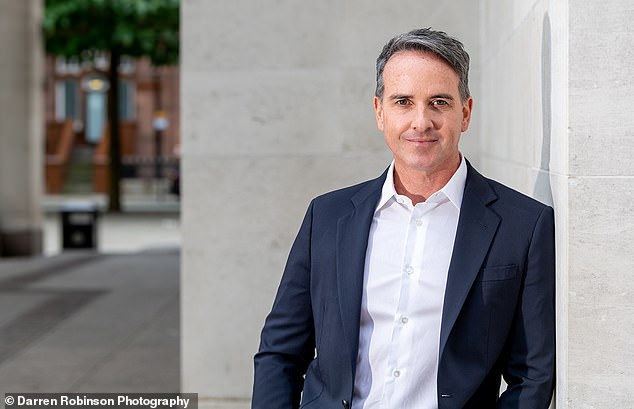 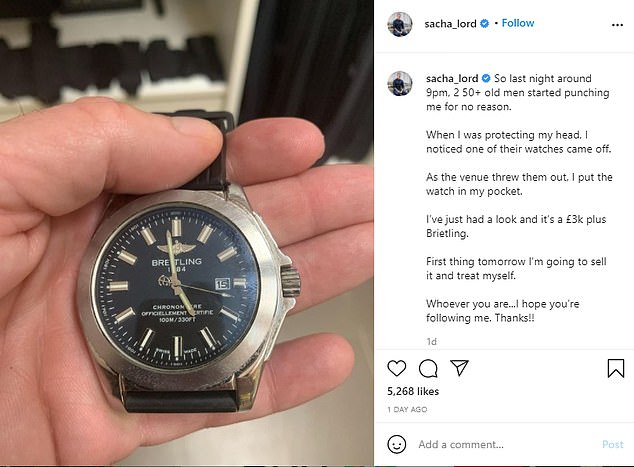 Mr Lord  appears to have had the last laugh over his attackers – after revealing that one of the men, said to be in their 50s, dropped a Breitling watch during the assault

‘First thing tomorrow I’m going to sell it and treat myself. Whoever you are…I hope you’re following me. Thanks!!’

Despite his tongue-in-cheek taunt on social media, Mr Lord’s team say the watch is now in the hands of the police – who are said to be investigating the attack.

‘The incident which occurred on Saturday, May 15 is now a police matter,’ his spokesperson told MailOnline.

It comes as Mr Lord earlier took to Twitter to reveal the attack on Saturday.

‘Sadly, tonight I was punched and attacked regarding my views on re-opening. I’m fine, but Demi (my partner) is beside herself. What sort of a world are we living in?’

Greater Manchester Police refused to comment on the investigation when asked by MailOnline.

Mr Lord, who is the co-creator of the Parklife festival and The Warehouse Project, has been a vocal critic of the Government’s messaging on hospitality.

He and Punch Taverns founder Hugh Osmond last month teamed up to bring a legal challenge against the Department of Health over its easing of lockdown.

They presented evidence which they said showed the risk of Covid transmission was higher in shops than it was for indoor hospitality areas.

However the challenge was thrown out earlier this month by a High Court judge. Indoor hospitality areas opened on May 17 – as the Government had earlier planned.

But Mr Lord, and other hospitality chiefs, have called for a definitive date to lift remaining restrictions on pubs and restaurants – such as mandatory table service and capacity caps. 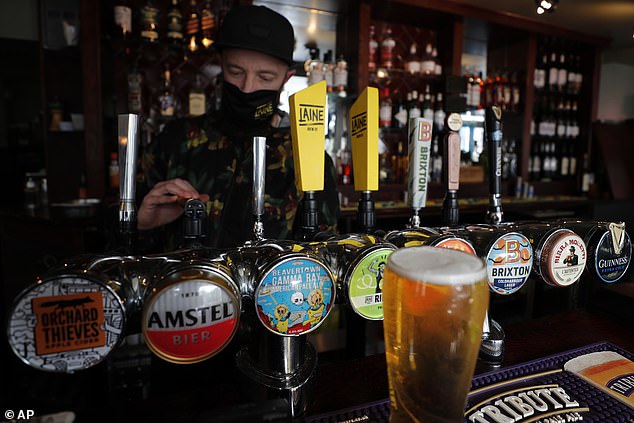 He and Punch Taverns founder Hugh Osmond last month teamed up to bring a legal challenge against the Government over its easing of lockdown. Pictured: Pubs and bars were allowed to reopen indoor areas yesterday 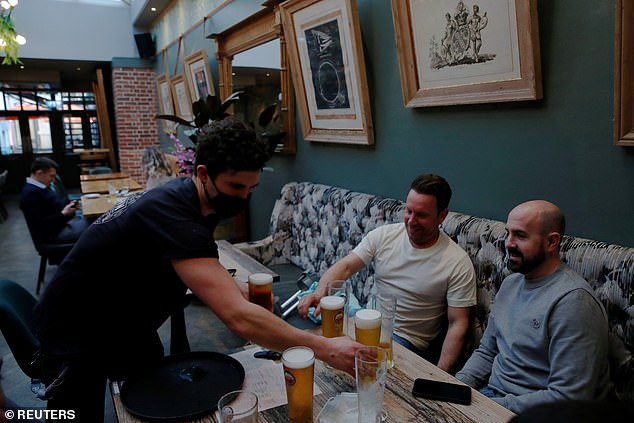 Punters flooded back into pubs across the country, including at The Practitioner pub in Hertford

Industry chiefs say many pubs and bars will not be able to turn a profit until the measures are lifted.

Under the current roadmap, such restrictions are due to be lifted in June, though the Government has not officially confirmed this.

He told the programme: ‘We need absolute assurances. We have been told about this review date of June 14 – one week isn’t enough to get hospitality running again.’

‘It is going to take at least three years for businesses to return to pre-pandemic levels in terms of getting rid of loans, the debt, the rent arrears and the VAT holidays.’

He said even with yesterday’s easing of some restrictions ‘businesses were operating at 50%’ as they had to provide a range of safety measures including one-way systems and table service.