Shocking footage from on board Delta Airlines flight 5763 showed passengers clinging to their seats in terror – while a drinks trolley was upended. 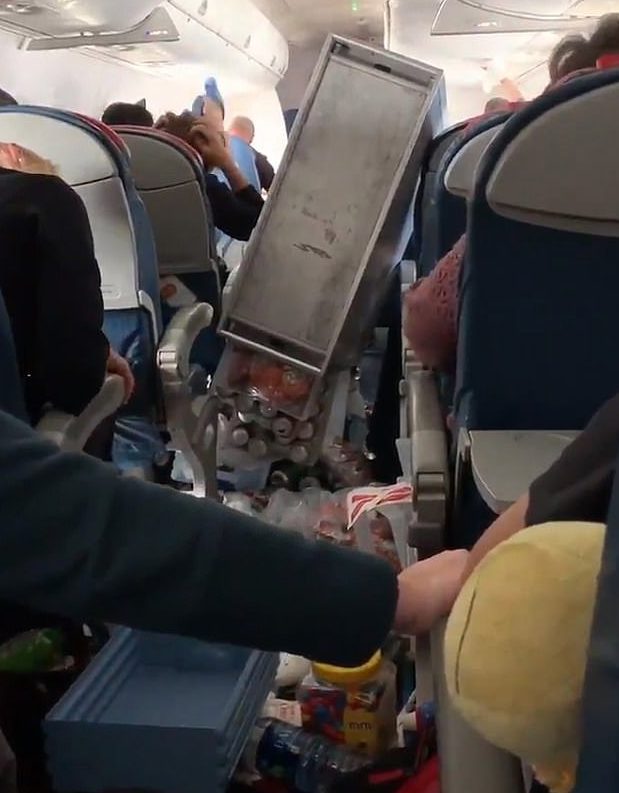 The plane – which set off on Wednesday morning local time from Seattle on its way to Santa Ana in California – had to divert to Reno, Nevada due to the severe turbulence.

Luggage and other items were sent flying through the cabin carrying 59 passengers and four crew.

The brave airline pilots managed to navigate the turbulence and made for safety at around 1pm local time Wednesday (9pm GMT).

Paramedics were on standby and immediately boarded the plane to tend to the wounded.

Three injured passengers were taken to a local hospital, according to a spokesman for Reno-Tahoe International Airport.

A member of the cabin crew was also reportedly hurt, according to social media reports – although this has not been verified and their condition is not known.

Cabin crew from Compass Airlines – who were operating the Delta flight as a subsidiary – were hailed for their professionalism during the crisis.

Crazy turbulence and injuries, but the @delta crew handled it perfectly, even the emergency landing

Passenger Joe Justice wrote on Twitter: "Crazy turbulence and injuries, but the @delta crew handled it perfectly, even the emergency landing.

He later added: "Again, @delta crew was amazing in this rough situation."

"Chaotic And scary but people showed up as their best selves."

Remaining passengers were provided with pizza and drinks before they were able to carry on to their destination.

A statement on Reno-Tahoe Airport's Facebook page read: "Today a Delta Air Lines flight had an in-flight emergency and needed to be diverted to our airport.

"We'd like to say thank you to #Delta and SSP America employees who partnered with us to provide pizza and soda to those passengers."

The mid-air panic came amid weather warnings for "strong and potentially dangerous winds" in the region.

Forecasters at the National Weather Service in Reno told of "“dangerous flying conditions with moderate-extreme turbulence" over the coming days.