Thousands of homeless children are living in shipping containers The children who live in shipping containers: Thousands of homeless youngsters are being given temporary accommodation in storage units

They are among 124,000 youngsters living in temporary accommodation arranged by councils after their families became homeless, the Children’s Commissioner said.

Anne Longfield said children in homeless families were often put up in short-term accommodation that was dangerous, not fit to live in and often far away from other family members, friends and schools. 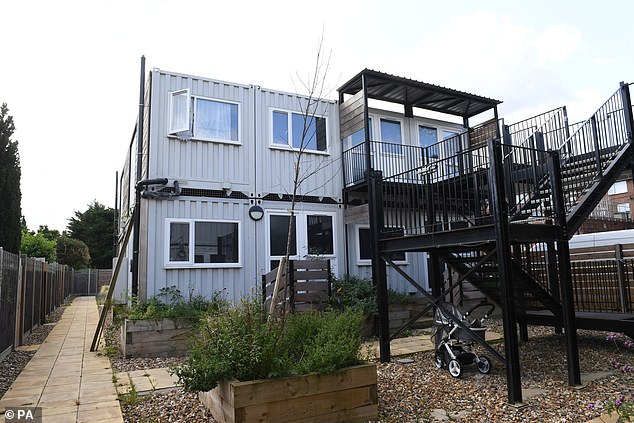 Converted shipping containers have been re-purposed for use as temporary accommodation in Bordars Walk, Hanwell, west London 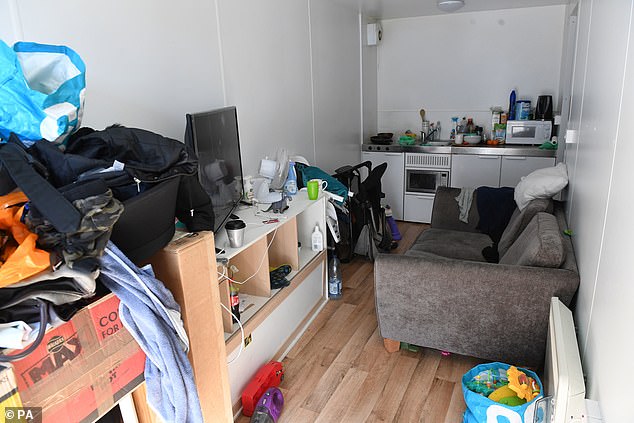 Corelle Tertullien, 26, stays in one of the cramped containers with her two children aged two and nine months

But her report said only a minority of children in temporary accommodation stayed there for long.

Three out of five have been found new homes with their families within six months, and only one in 20 –about 6,000 children – are in temporary accommodation for a year or more.

Miss Longfield called on the Government to launch a large-scale housebuilding programme.

She said: ‘Something has gone very wrong with our housing system when children are growing up in B&Bs, shipping containers and old office blocks.

‘Children have told us of the disruptive and at times frightening impact this can have on their lives. It is a scandal that a country as prosperous as ours is leaving tens of thousands of families in temporary accommodation for long periods of time.’

It is thought there are more than 210,000 homeless children in England, of whom 124,000 are on the official homeless registers and living in temporary housing, and a further 90,000 said to be in ‘sofa-surfing’ families living with relatives or friends. 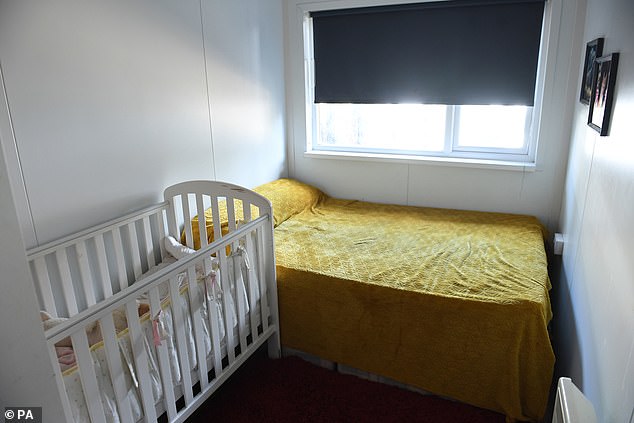 Housing Ministry figures say that of homeless people helped by councils last summer, six out of ten were single adults, while a further 26 per cent were lone-parent families and 8 per cent were couples with children.

Miss Longfield’s report said: ‘A recent development has been the repurposing of shipping containers.

‘The units are typically one or two-bedroom and small in size, meaning that overcrowding can be an issue. They can become really hot in summer and too cold in the winter.’

The Local Government Association, the umbrella body for councils, said: ‘The severe lack of social rented homes available… means councils have no choice but to place households into temporary accommodation, including – in emergencies – bed and breakfasts.’