Home » World News » The victims in the Georgia spa shootings: 'She was one of my best friends'

The victims in the Georgia spa shootings: 'She was one of my best friends' 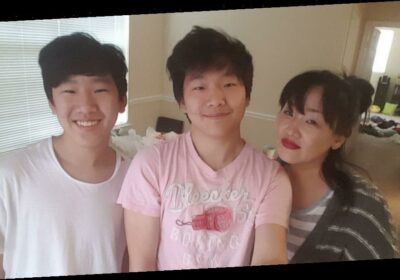 Eight people, including six Asian women, were gunned down in three separate shootings at spas in the Atlanta area on Tuesday.

Three days later, the nation and the victims’ families are in mourning, but much remains unknown about the eight lives lost.

The four killed in the first shooting at Young’s Asian Massage in Cherokee County were identified by the sheriff’s office as: Daoyou Feng, 44; Paul Andre Michels, 54, of Atlanta; Xiaojie Tan, 49, of Kennesaw, Georgia; and Delaina Ashley Yaun, 33, of Acworth, Georgia.

Tan, the spa owner, was a recent University of Georgia graduate who is survived by her daughter, The Washington Post reported.

Yaun, mom to an 8-month-old girl, was at the spa for a day with her husband, who survived the shooting, The Associated Press reported.

Michels, a Michigan native, had lived in the Atlanta area for more than 25 years, where he owned a security system installation business, the AP reported.

“From what I understand, he was at the spa that day doing some work for them,” a brother, John Michels, told the AP.

Paul Michels had been considering opening his own spa, his brother said.

“He was a good, hard-working man who would do what he could do to help people,” John Michels told the AP.

Elcias Hernandez-Ortiz, 30, of Acworth, was shot and injured at Young’s Asian Massage and was the sole survivor, the sheriff’s office said.

The Cherokee County slayings were followed by shootings at two Atlanta spas.

Grant “was a single mother who dedicated her whole life to providing for my brother and I,” one of her sons, Randy Park, wrote on a GoFundMe page. “It is only my brother and I in the United States. The rest of my family is in South Korea.”

“She was one of my best friends and the strongest influence on who we are today,” he said. “Losing her has put a new lens on my eyes on the amount of hate that exists in our world. As much as I want to grieve and process the reality that she is gone, I have a younger brother to take care of and matters to resolve as a result of this tragedy.”

President Joe Biden on Thursday ordered flags to be flown at half-staff in honor of the victims until March 22.

The killings, which come amid a rise in anti-Asian American and Pacific Islander hate crimes across the nation, were likely a “targeted attack driven by personal grievance,” according to a source briefed on the probe.

The source said no concrete evidence has yet emerged to support the idea that the locations and victims were targeted because of their ethnicity, but investigators are actively trying to determine what, if anything, the suspect might have said, written or thought about Asians or Asian women.

Atlanta Police Deputy Chief Charles Hampton Jr. said at a news conference Thursday, “We are looking at everything to make sure that we discover and determine what the motive of our homicides were.”

The suspect has not yet appeared in court.