Leading Melbourne innovators are deep in planning for an ambitious "festival of business" they hope will draw the best minds from around the world and evolve into an annual event on a scale the city has never before seen.

Assuming no COVID-19 surprises, The Grid will open with a series of lead-in events from next month before an inaugural three-day festival at the conclusion of the 2022 Australian Open tennis tournament, which organisers will use as a sweetener to attract globally-recognised entrepreneurs to present their latest ideas or technologies. 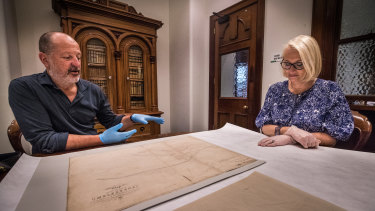 Veteran businessman and media personality Russel Howcroft, one of the key figures behind the initiative, said the purpose of The Grid was to plant Melbourne at the forefront of the fourth industrial revolution: "The share economy, sustainable energy and the internet of things".

"So it's saying: 'Right, Melbourne. What are we going to do to make sure we're playing a role in what the world's economy is starting to look like?' You need an event to focus the mind around that," Mr Howcroft said.

"People know there's going to be an idea, money, a new design, a new technology – a new something – and if you have a date in the diary, then you [an entrepreneur] can actually point yourself in that direction."

The branding is a nod to "the deep Melbourne truth" of Robert Hoddle's 1837 right-angled, business-friendly CBD street design – the Hoddle Grid – which Mr Howcroft believed played a role in the rise of Marvellous Melbourne of the 1880s, so nicknamed at the time because it was one of the most grand and wealthy cities in the world.

The idea for The Grid is part-inspired by the South by Southwest festival which draws hundreds of thousands of visitors each year to Austin, Texas to explore the latest in movies, music and technology.

Mr Howcroft hoped to secure an executive from the festival to give a virtual presentation at a lead-in event for The Grid in January next year.

"I'm not saying we can match Austin, but what I do want to know is precisely how they do it, what we can learn and what we can apply to The Grid," he said.

The length of the festival could expand over time to a fortnight, Mr Howcroft said, while "off grid" events could also emerge in other world cities.

Like South by Southwest evolved beyond music, Mr Howcroft hoped The Grid could grow in a way that would incorporate more of Melbourne's arts scene.

"Something that's also important is that I don't want The Grid to be an eastern suburbs, established Melbourne thing," he said.

"In my mind, The Grid succeeds because, for example, the young Somali tech graduate finds a sixth-generation Melburnian with money to partner with and create a brand-new business.

"I want it to be western suburbs, northern suburbs and yes, the south and east, but it's really important that it's seen as an opportunity for anyone with an idea."

Nine, the publisher of this masthead, joined as a major sponsor, while supporters include Visit Victoria and the City of Melbourne.

"Supporting businesses to grow and create new jobs in Melbourne has never been more critical as our city recovers from the COVID-19 pandemic," lord mayor Sally Capp said.

December 10, 2020: The Grid Presents – a Q&A discussion about the future of Melbourne, planned for Federation Square.

The week following the 2021 Australian Open tennis finals: Lunch with Melbourne’s business community headlined with a virtual presentation from South by Southwest.

Early 2022: The inaugural The Grid festival in Melbourne.