Perhaps the fact that so many country music songs are ballads about breakups is related to the fact that a lot of country music stars have run into their own troubles with marriage. While celebrities, in general, tend to have a shorter marriage span than average people, famous breakups not only come with public attention but big price tags. The country stars on this list — many of whom you'll see on April 11 at the CMT Music Awards —had sometimes messy, sometimes expensive divorces, triggered by such forces as infidelity, the stressors of living life in the spotlight, the exhaustion of touring and sometimes just growing apart.

See: Budgeting 101: How To Create a Budget You Can Live With
Read More: 40 Money Habits That Can Leave You Broke

While some folks signed prenuptial agreements, those who married before they were famous may not have had the foresight to even consider such an option. As such, some of these stars had to pay out big divorce settlements. Here are some of the costliest. 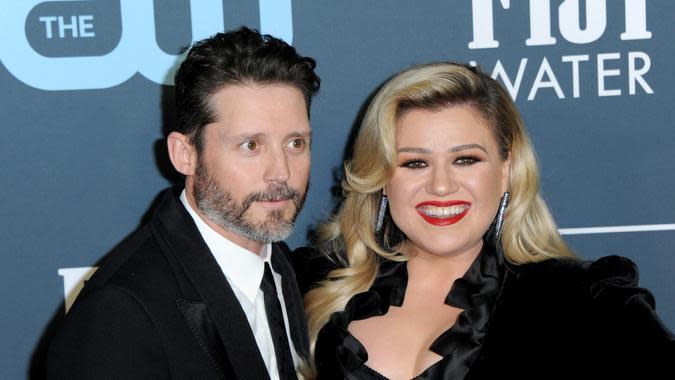 Kelly Clarkson and Brandon Blackstock
In 2002, Kelly Clarkson became the first winner of "American Idol" and has gone on to a successful crossover singing career, as well an eponymous television show and a seat at the judges' table on "The Voice." Three of her 15 Grammy nominations have come in country categories. The Academy of Country Music honored her with two awards in 2011 for her duet with Jason Aldean, "Don't You Wanna Stay," which reached No. 1 on the Billboard country charts.In 2013, she married Brandon Blackstock, the stepson of country star Reba McEntire, and they had a daughter the following year and a son in 2016. Clarkson filed for divorce in 2020, and the drawn-out proceedings were finalized in March 2022.Clarkson was ordered to pay Blackstock a one-time payment of about $1.3 million, monthly child support of $45,601 and, until Jan. 31, 2024, monthly spousal support of $115,000. 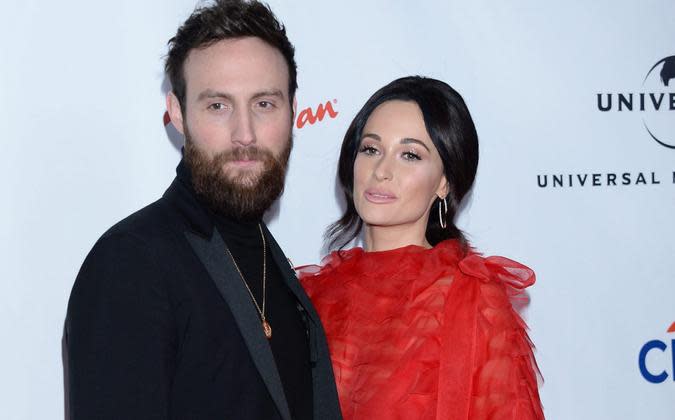 Kacey Musgraves and Ruston Kelly
Grammy Award winner Kacey Musgraves divorced her husband of only 2 1/2 years, Ruston Kelly, in July 2020. According to TMZ, they agreed to sell their house, and planned to split any revenue. Musgraves, who has a net worth of $10 million, according to Celebrity Net Worth, was to receive 84.4% of the proceeds with the balance going to Kelly.In a 2021 interview with Rolling Stone, Musgraves reflected on their divorce."It's two people who love each other so much, but for so many reasons, it just didn't work," she said. "I mean, seasons change. Our season changed." 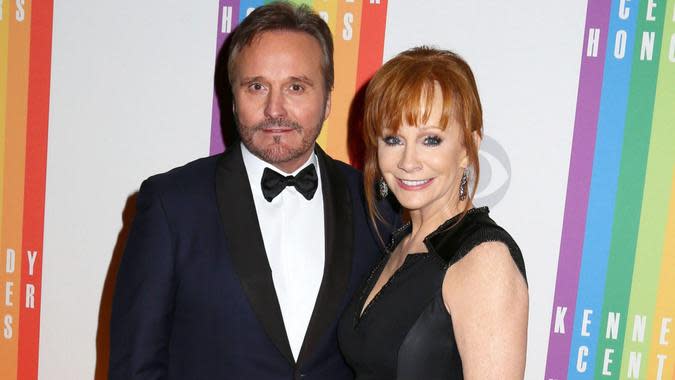 Reba McEntire and Narvel Blackstock
Reba McEntire is more than just a country singer — she's a country music icon, who has sold over 90 million records globally in her career. She married her manager of nine years, Narvel Blackstock, in 1989, had one son with him, Shelby. They divorced amicably in 2015. McEntire, who has a net worth of over $95 million, allegedly settled with Blackstock for a mind-boggling $47.5 million.A joint statement about their separation read: "Despite this being the end of their marriage, they continue to support each other. They have worked together for 35 years and will continue to do so." 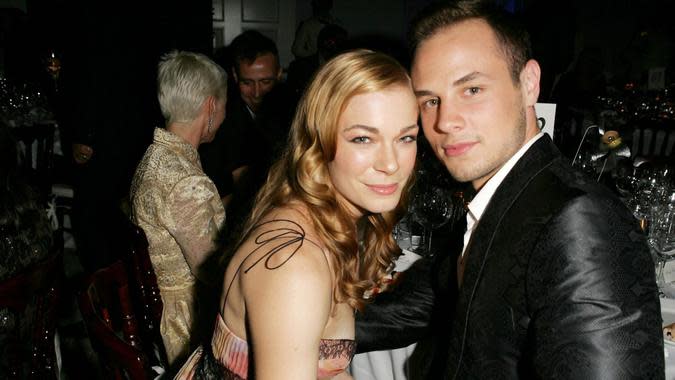 LeAnn Rimes and Dean Sheremet
Singer LeAnn Rimes was just 19 when she married Dean Sheremet, himself only 21 at the time, according to Country Fan Cast. They married in 2002 and divorced in 2009 amid a swirl of rumors about Rimes' infidelity with actor Eddie Cibrian, whom she later married in 2011. The singer has a net worth of $10 million, according to Celebrity Net Worth. Though their divorce settlement was private, Us Weekly reported that Sheremet, who initiated the divorce, asked Rimes for spousal support plus all attorney fees and costs. They tried to sell their custom-built mansion in 2009 for $7.45 million but weren't able to find a buyer until 2012, selling it for only $4.1 million. 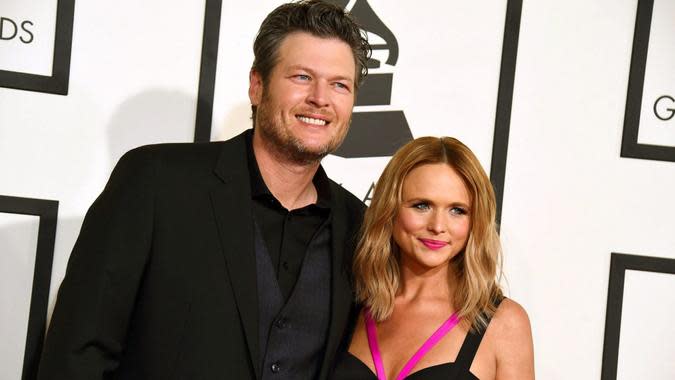 Blake Shelton and Miranda Lambert
Blake Shelton and Miranda Lambert both have had successful music careers. Lambert has earned a record number of Academy of Country Music Awards — 37— and her net worth is valued at $60 million. Shelton, a chart-topping singer and co-host of the musical reality show "The Voice," is worth $100 million. The couple met in 2005, dated for six years, was married for four and broke up in July 2015 while surrounded by rumors of infidelity. According to Us Weekly, they signed a prenup, though specifics are not public record, and planned to split their shared assets. The magazine reported that Lambert took their Nashville property while Shelton got their Oklahoma ranch.Both found love again. Lambert married Brendan McLoughlin, then a New York City police officer, in January 2019. He now works on her security team. In July 2021, Shelton married singer Gwen Stefani in a private ceremony on the ranch. The two met in 2014 as co-hosts on "The Voice." 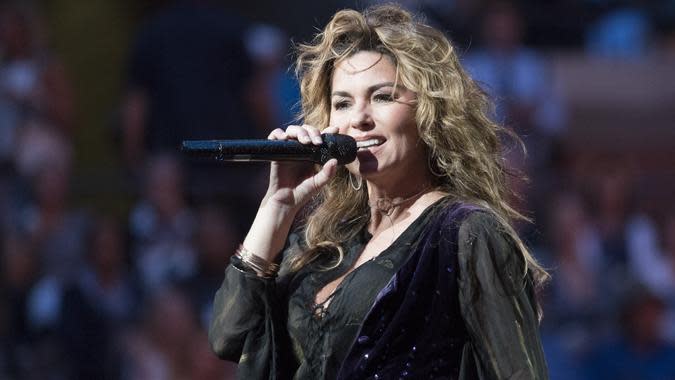 Shania Twain and Robert John 'Mutt' Lange
Powerhouse country singer Shania Twain, who has an astonishing net worth of $400 million, married her husband Robert John "Mutt" Lange in 1993, only six months after they met. The couple has one son, Eja, and appeared happily married for 14 years. In 2008, Twain found out her husband was cheating with her close friend, Marie-Anne Thiébaud. They divorced in 2010. While their divorce settlement was sealed, Lange, a record producer, was already worth around $225 million, so divorce was unlikely to leave him broke. In 2011, Twain shocked everyone by marrying Thiébaud's ex-husband, Frederic. 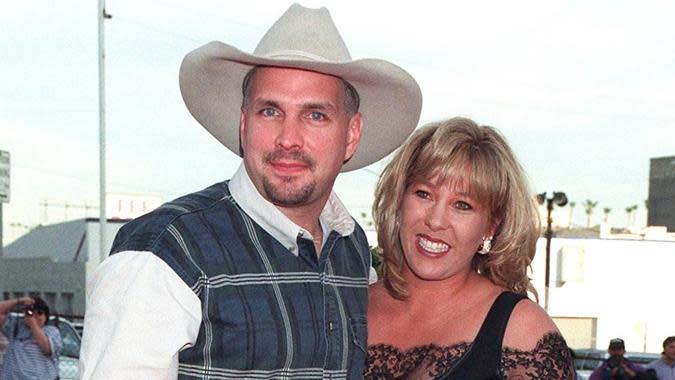 Garth Brooks and Sandy Mahl
Garth Brooks and his college sweetheart, Sandy Mahl, married in 1986 and divorced in 2000 after 14 years married. They have three daughters together. Brooks reportedly paid Mahl $125 million in their divorce settlement. In a 2020 article about celebrity divorces, Marie Claire ranked it the sixth most expensive. Brooks married country artist Trisha Yearwood in 2005. Together, the couple has a net worth of $400 million, according to Celebrity Net Worth.More From GOBankingRates10 Things You Always (and Never) Should Buy at the Dollar Store
Women & Money: The Complete Guide
Simple Ways To Start Investing for Any Budget
The Top Purchases You Should Always Make With a Credit Card
Jami Farkas contributed to this article.

This article originally appeared on GOBankingRates.com: The Costly Divorces of Country Music Stars