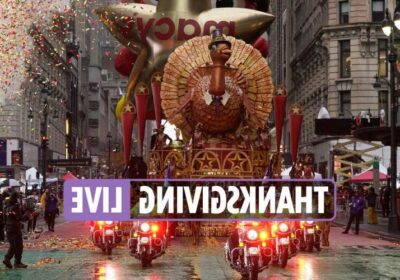 THE Macy's Thanksgiving Day parade has revealed six new balloons making their debut at the 2021 event.

The holiday tradition is returning this year after last year's Thanksgiving parade was a smaller pandemic occassion.

The new ballons for 2021 include Baby Yoda; Ada from Ada Twist, Scientist; and a new version of Ronald McDonald.

A Pokemon-themed balloon featuring Pikachu and Eevee; Tiptoe, a Macy’s balloon puppet; and Macy’s Toni, the bandleader bear, will also be making their first appearance.

The ballons used in the parade will be inflated on the Upper West Side on Wednesday, November 24.

The parade itself will kick off at 9am on Thursday, November 25, and will be televised.