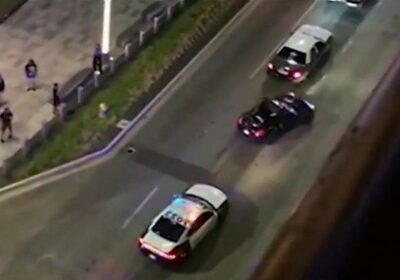 Street racing on the rise in Dallas amid COVID pandemic

Charges were enhanced for an alleged Dallas street racer, who is now facing felony murder counts in connection to the fiery crash of two stolen vehicles that left three dead and another two injured.

Michael Mendoza now faces three felony murder counts, Fox 4 News Dallas-Fort Worth first reported Monday, and reportedly among those killed in the crash was his brother, the other driver also in his 20s, whom Mendoza was racing against.

Mendoza was allegedly behind the wheel of a stolen Range Rover on July 30 racing against his brother driving in a stolen Chevy Tahoe. Police previously told KDFW the two SUVs were traveling at an accelerated speed at around 11:40 p.m. in the 300 block of West Mockingbird Lane when they made contact. The collision forced the Tahoe to leap a guardrail and smash into a building. 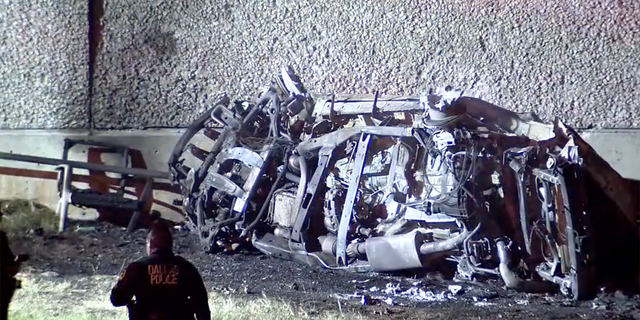 The crash caused one of the vehicles to jump a guardrail and smash into a building.
(Courtesy: KDFW)

All three people inside the Tahoe, including two thrown from the vehicle, were pronounced dead at the scene. The Range Rover, meanwhile, collided with two telephone poles and burst into flames. Two passengers were hospitalized in stable condition. A memorial now stands at the crash site.

The charges against Mendoza were upgraded, as the Dallas Police Department continues its crackdown against dangerous street racing that’s grown more pervasive across the city. Two weekends ago, the department’s Street Racing Task Force arrested 81 people at several “takeover events” across the city, which police said involve “a flash mob where large groups of individuals spontaneously show up and block a street intersection so that other vehicles can perform reckless driving stunts.” Another 43 people who attended the events were cited, and 35 vehicles were towed.

One event involved two people firing assault rifles into the air, and police chased and arrested those suspects down, also seizing their guns, KTVT reported. Police arrested another two people found hiding behind vehicles, one with a handgun, the other with an assault rifle.