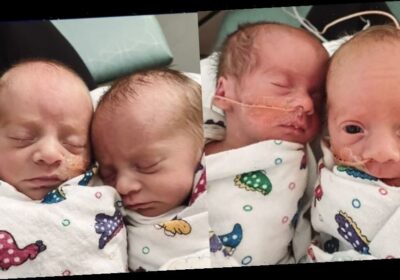 Starlyn and Bill Cafferata recall their experience; NewsNOW from FOX host Stephanie Weaver has the story

The Texas parents of quadruplets born last month finally reunited with their newborns after the massive winter storm kept them apart for over a week.

Starlyn and bill Cafferata uploaded a video of the reunion with their children to social media platform TikTok, with the video liked over 82,000 times.

Starlyn Cafferata gave birth on Jan. 18 to a boy and three girls in St. David’s Austin Medical Center. As the children were born prematurely at 31 weeks, they were admitted to the hospital’s neonatal intensive care unit (NICU). 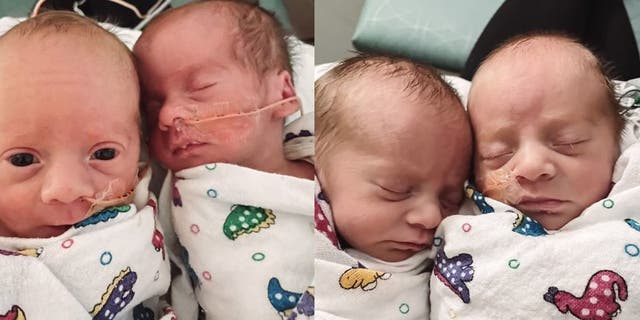 (Bill and Starlyn Cafferata’s quadruplets in the NICU)

The winter storm that struck Texas shortly afterward prevented Starlyn and her husband, Bill, from seeing their children for eight days.

“You have quadruplets and that’s crazy odds. Then you have a blizzard in Texas that freezes over for eight days,” Bill told FOX Television Stations.

“It was tough. You want to be with them,” Bill added. “We missed their one-month birthday.”

Once the ice started to melt, the couple were emotionally reunited with their children. One week for such young children is a long time, and Starlyn said the children had all “grown so much” by the time she saw them again.

The couple did not expect the video of their reunion to receive so much attention.

“We did it out of boredom, woke up and the next day we had 12,000 followers,” Bill shared. “Before we knew it, it just kept climbing.”

The couple were able to bring two of the children home to meet their 2-year-old sister, Zoe, while the other two required a longer stay at the NICU.