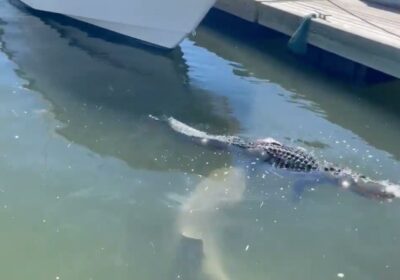 THIS is the terrifying moment a lurking shark BITES an alligator in a tense standoff.

A group of tourists watched on in shock as the shark nipped the gator's left leg in a body of water near a dock in Hilton Head Island, South Carolina. 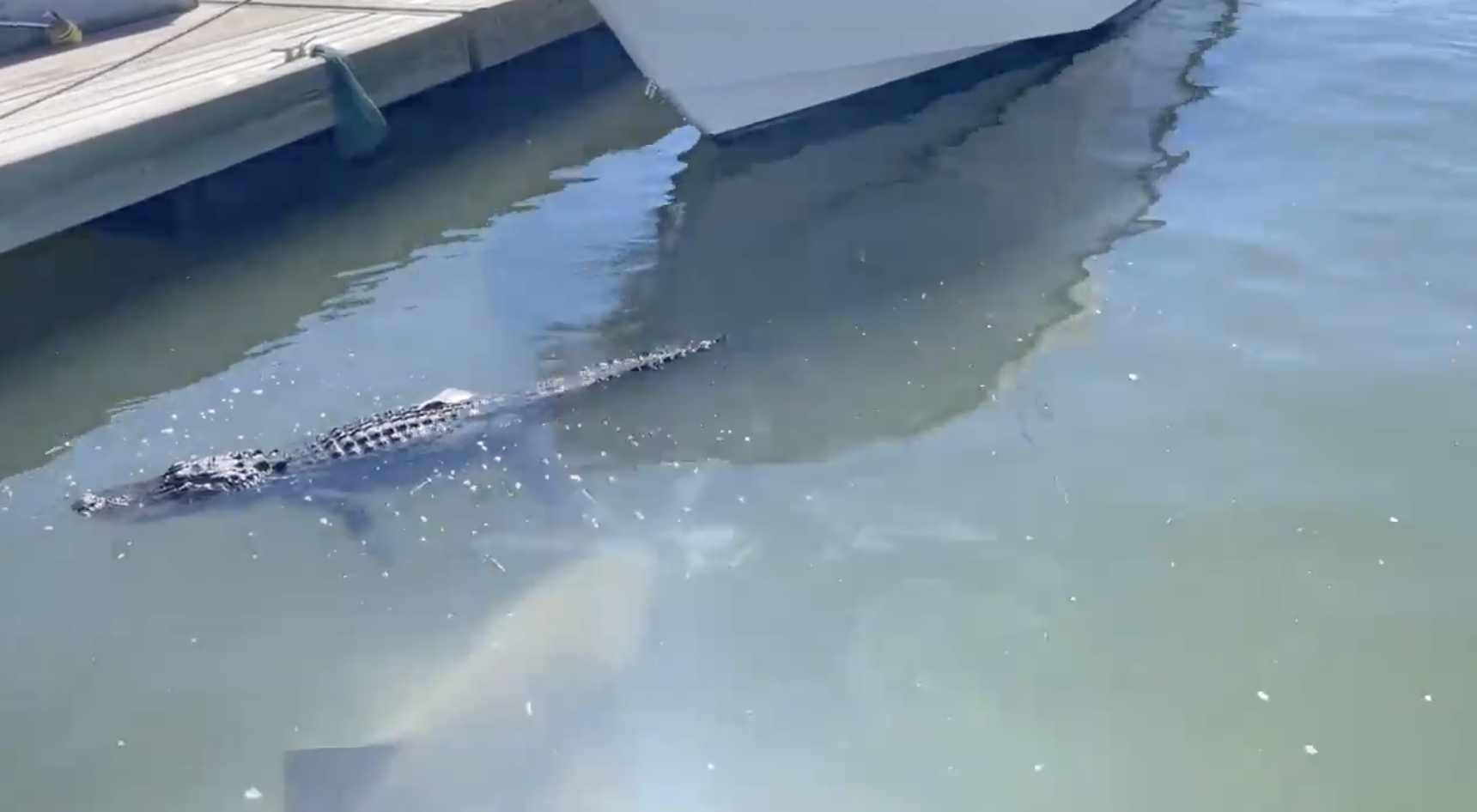 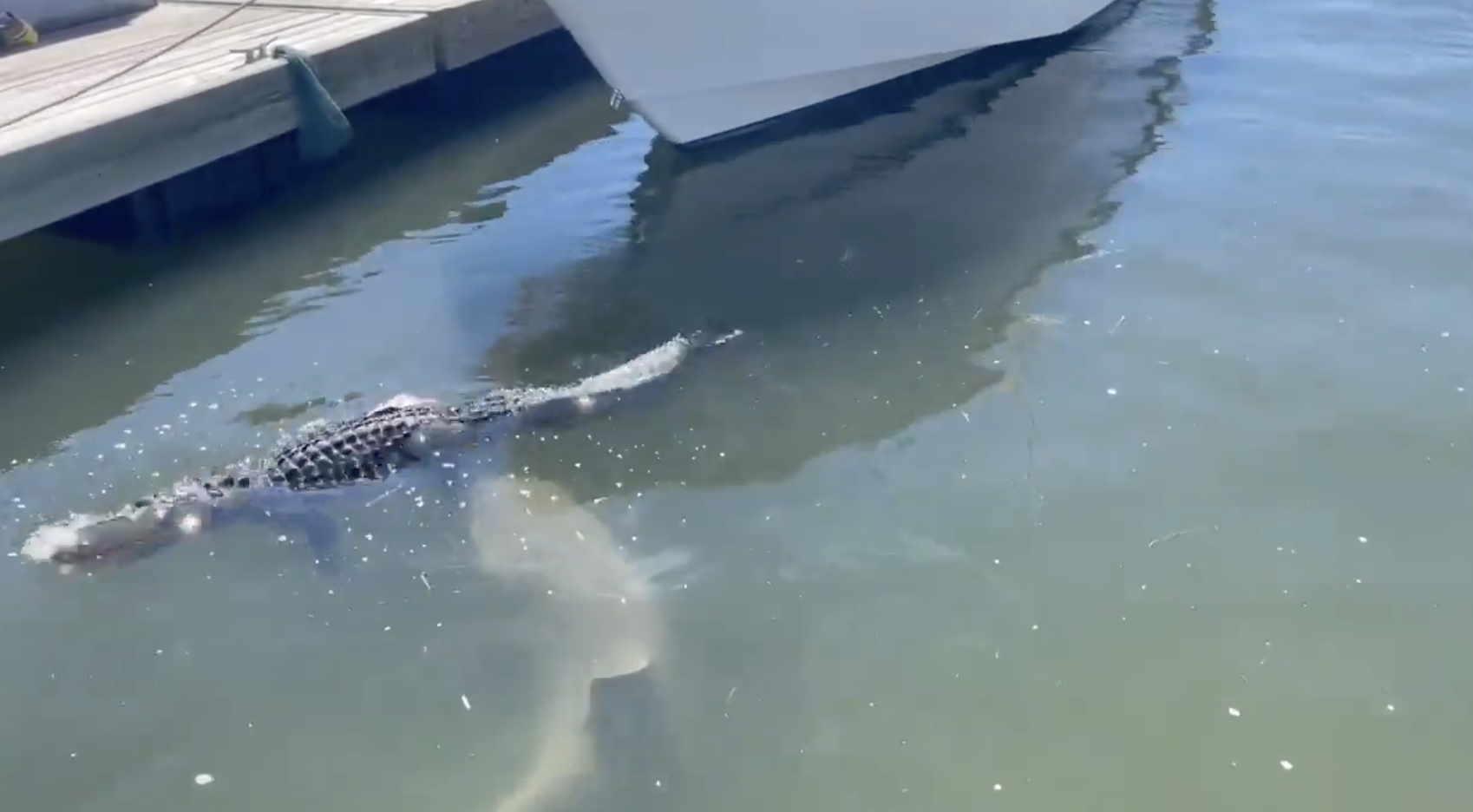 The video begins with the alligator floating carelessly in the water as onlookers throw pieces of fish at it.

But lurking underneath is the outline of a shark circling the gator below.

The shark then begins to circle closer to the gator and then suddenly bites its left leg causing the animal to jump.

Thankfully, the gator appeared unharmed and kept floating along the dock while the shark swam away.

Cory Conlon, who filmed the footage, said: "I was surprised to see this so I filmed it with my phone to show family and friends."

And while these two apex predators seemed relatively unbothered by one another, that is not usually the case.

In March, extraordinary pictures captured the moment a crocodile consumed a bull-shark in just one mouthful.

Taken along the east coast of Australia, the crocodile was spotted approaching and then devouring its prey.

The bull shark, which can grow to about seven feet in length, is pictured being tossed into the air with its grim fate imminent.

Once flipped upside down and locked between the jaws of the crocodile, there is sadly no escape as it meets a sorry end.

Crocodiles are known for having the most powerful bite in the animal kingdom, with some species able to exert a force eight times greater than that of a great white shark.

The once-in-a-lifetime moment was captured by Australian research scientist and photographer Mark Ziembicki.