Panic at the silent disco: Terrified Reading Festival revellers are crushed against barriers and other music fans in a ‘stampede’ as they queue to get into an arena

Terrified Reading Festival revellers were ‘crushed’ in a ‘stampede’ last night while queuing for a silent disco.

Witnesses said a ‘sea of people’ built up outside the disco area and crowd size got out of control, with some festival-goers ‘trampled’ on.

They posted footage of revellers being pressed up against metal fences on social media, also showing people desperate to get away.

Emergency services were also at the scene and one Reading attendee wrote on Twitter that his girlfriend had to be taken to the medical tent after falling to the ground amidst the ‘stampede’. 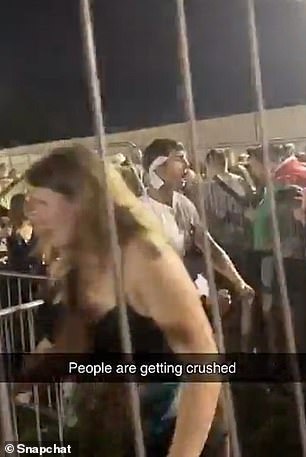 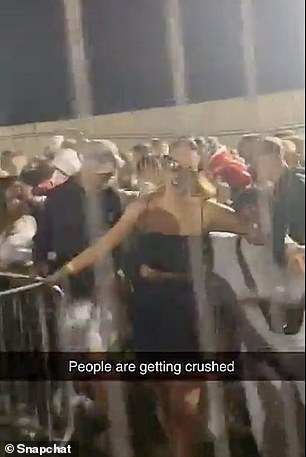 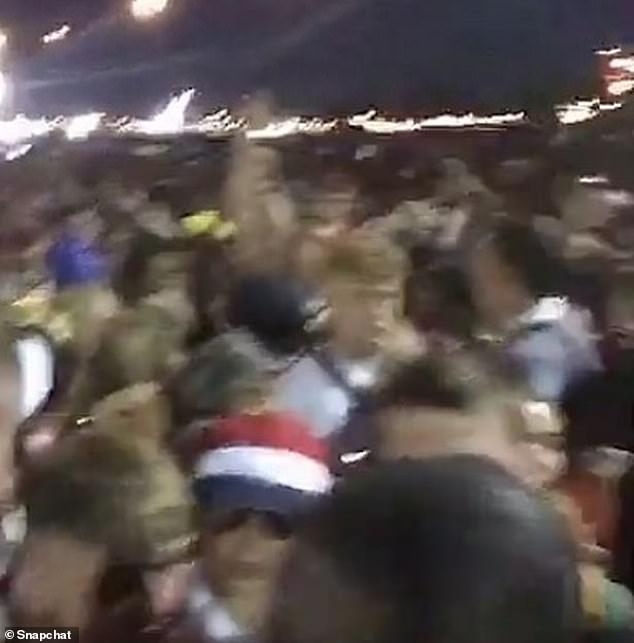 He said: Absolutely unacceptable crowd control at the silent disco at Reading Festival. My girlfriend was just crushed underneath a metal barrier and then trampled by the crowds. Is now being carried to medical area by one of your security team.’

Another female teenager told the Mirror: ‘As people were trying to get into the zig-zag queue [for the silent disco] they were getting crushed.

‘I didn’t feel safe, I felt like I could drown in a sea of people. I saw people getting lifted out, suffering panic attacks. I was scared for our safety.

‘People were getting crushed against each other and the barriers. The barriers looked like they were going to break.’

Organisers cancelled the silent disco late last night, announcing on Twitter it would not open due to ‘technical issues’.

Ticketholders were also texted the news and some said it caused more chaos in the queue as people tried to ‘break the barriers to get out’.

Others criticised a lack of crowd control, with some venting their fury on social media.

‘Tents have been destroyed and belongings have disappeared. Waiting on management to help. They’re all very distressed!’

Another woman wrote: ‘Check out your crowd control at the silent disco. Just heard from some very scared and upset teens about being crushed trying to get in. The barriers broke and security not effective’.