Those living in Athens awoke to the rare sight of snow as some of the city's most famous monuments became topped with white powder. 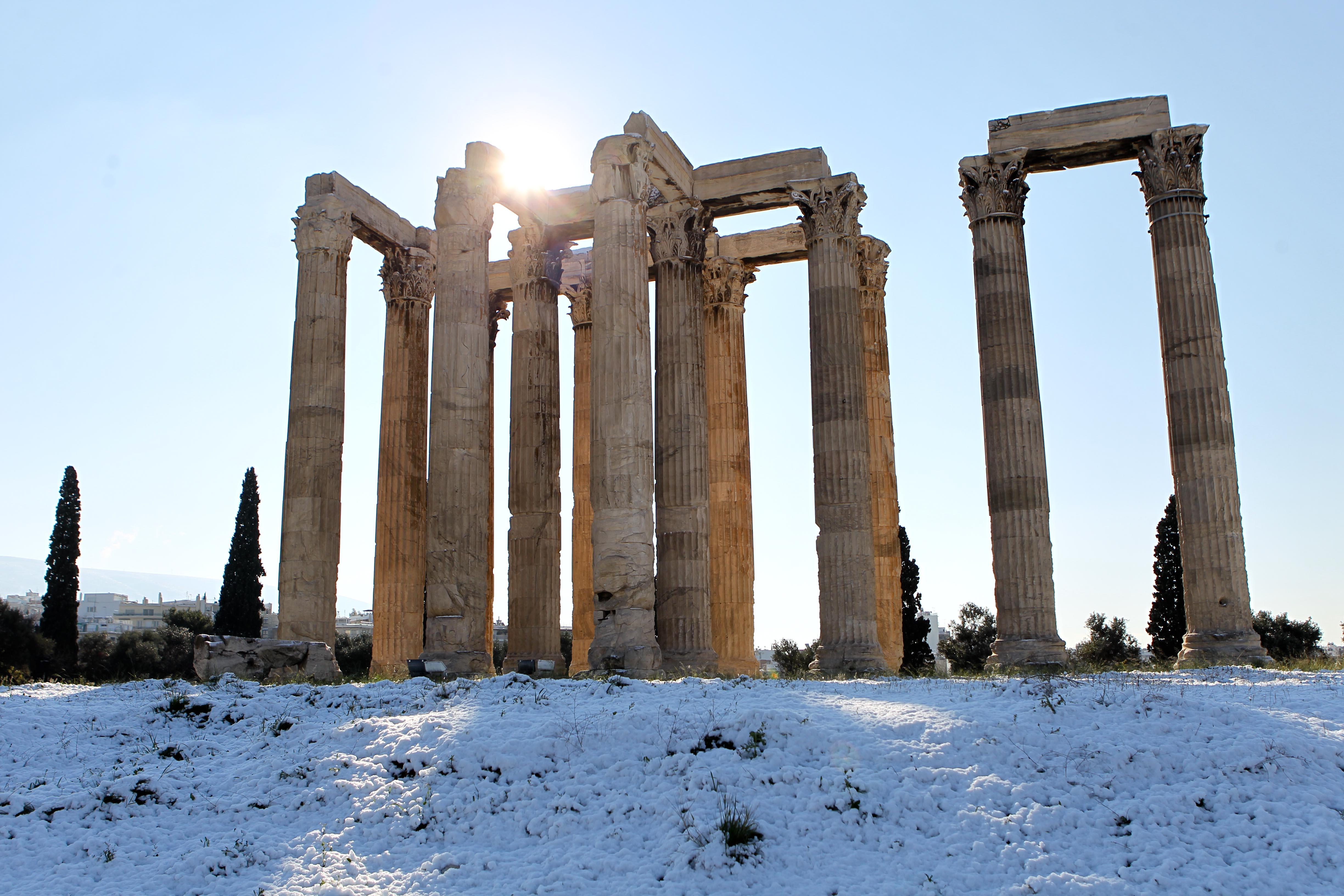 Temple of Olympian Zeus and Acropolis of Athens became almost unrecognisable with the dusting of snow.

Neighbouring country Cyprus was also battered by heavy rain and snow thought to be swept over from Russia and Poland.

Istanbul, in Turkey, also saw snowfall – Camlica Mosque on the Asian side of the Bosphorus was framed by a scattering of the white stuff. He said: "That'll mostly be coming over the cold land as well – unlike the UK, where cold air moving in is generally warmed a bit by the sea." 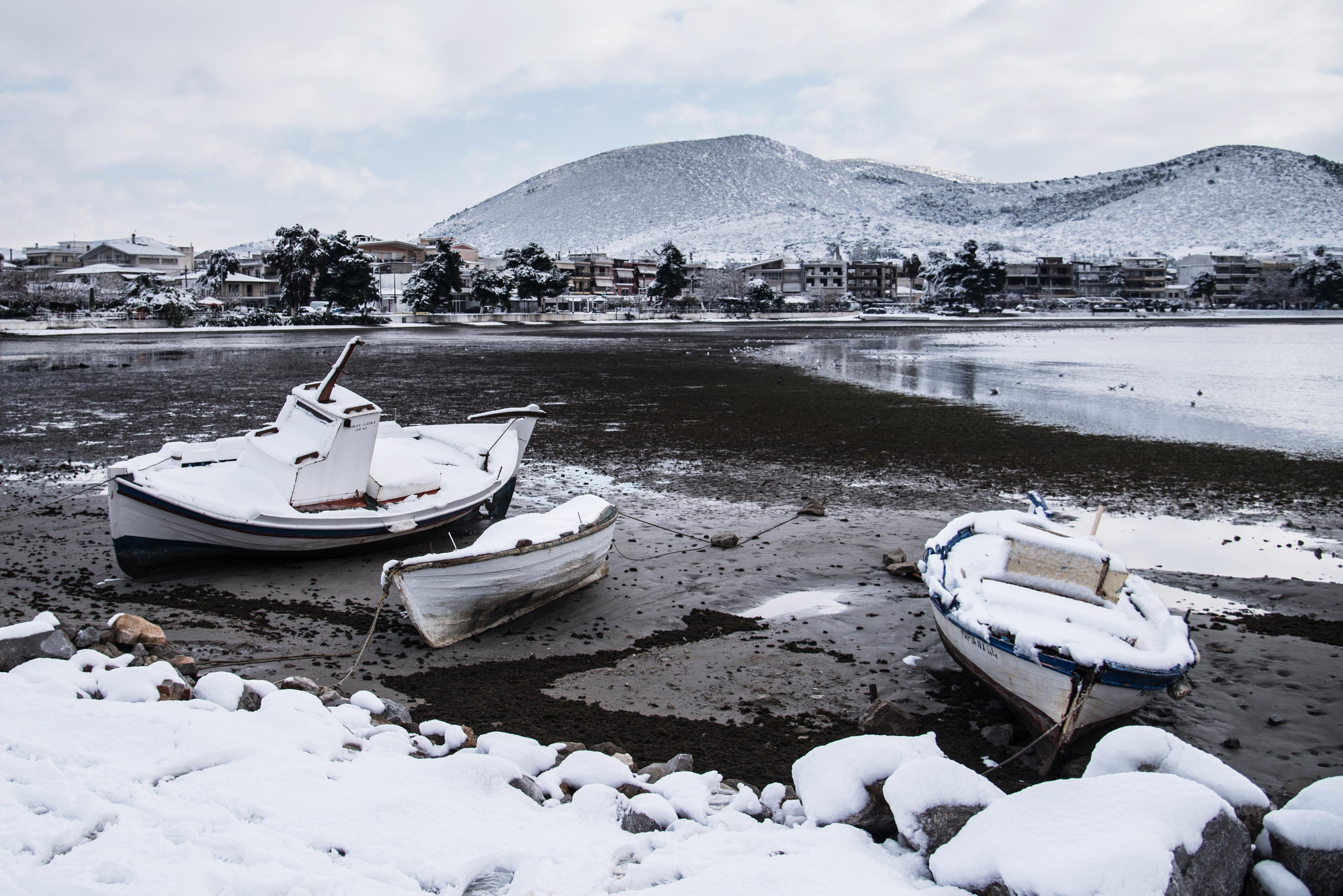 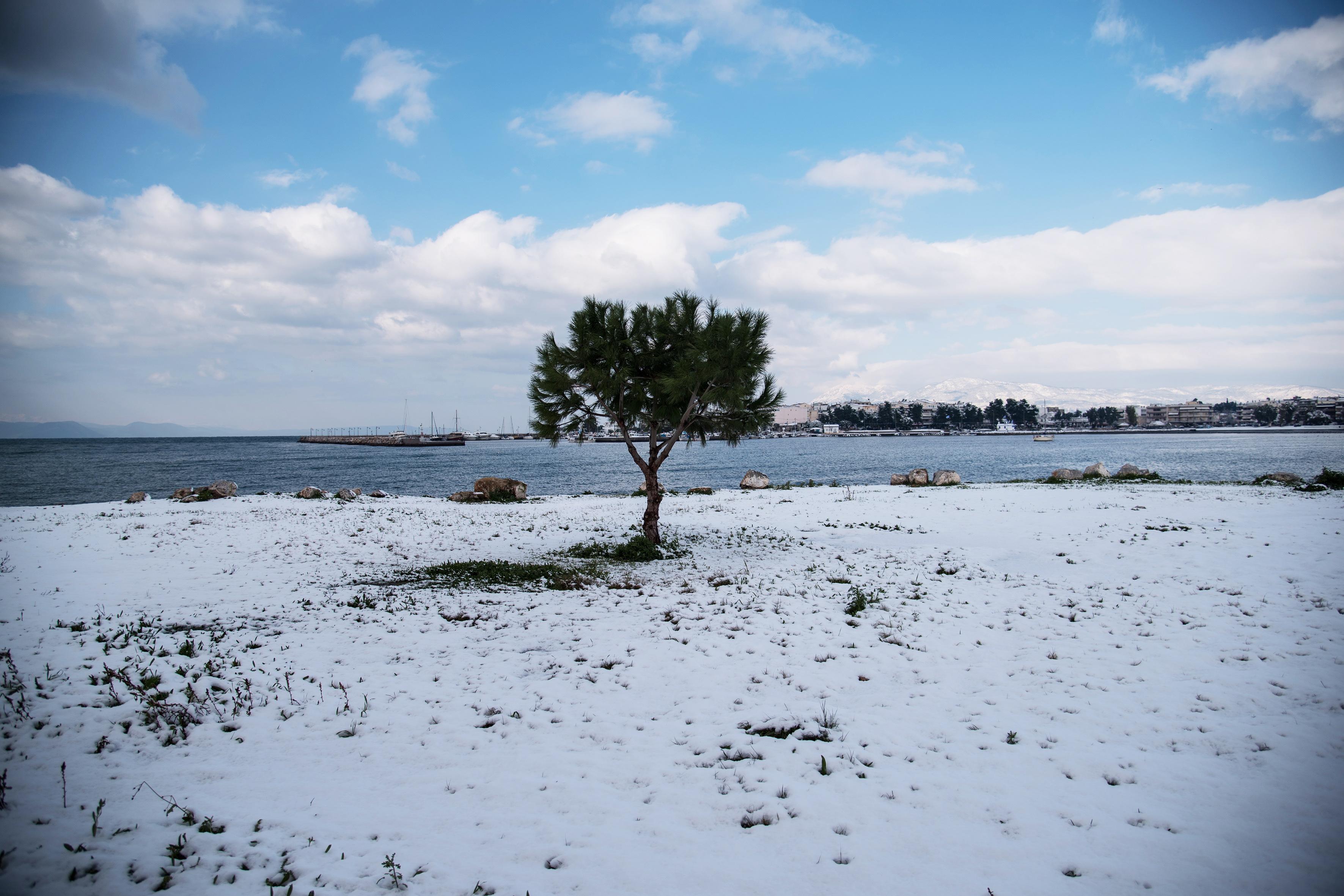 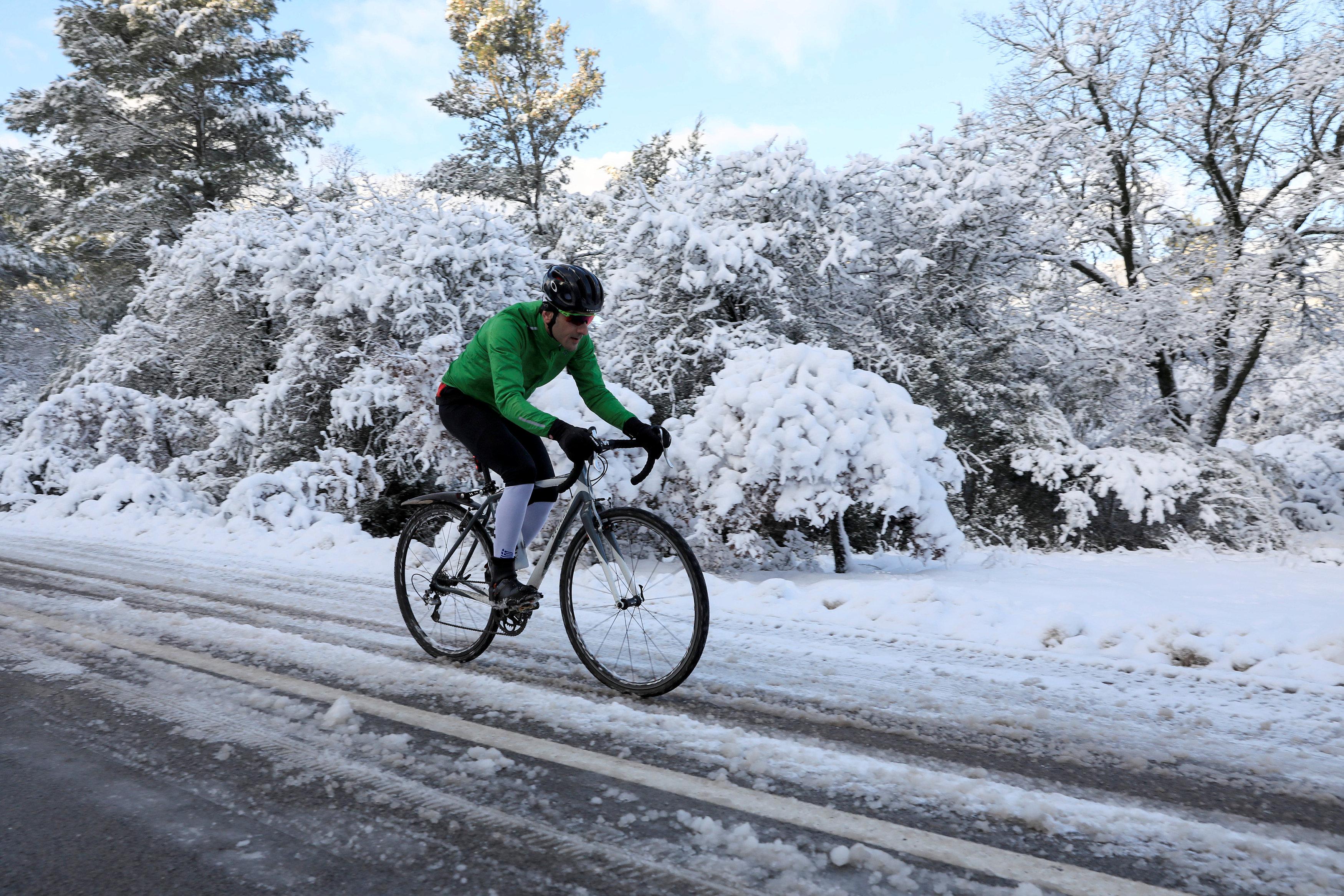 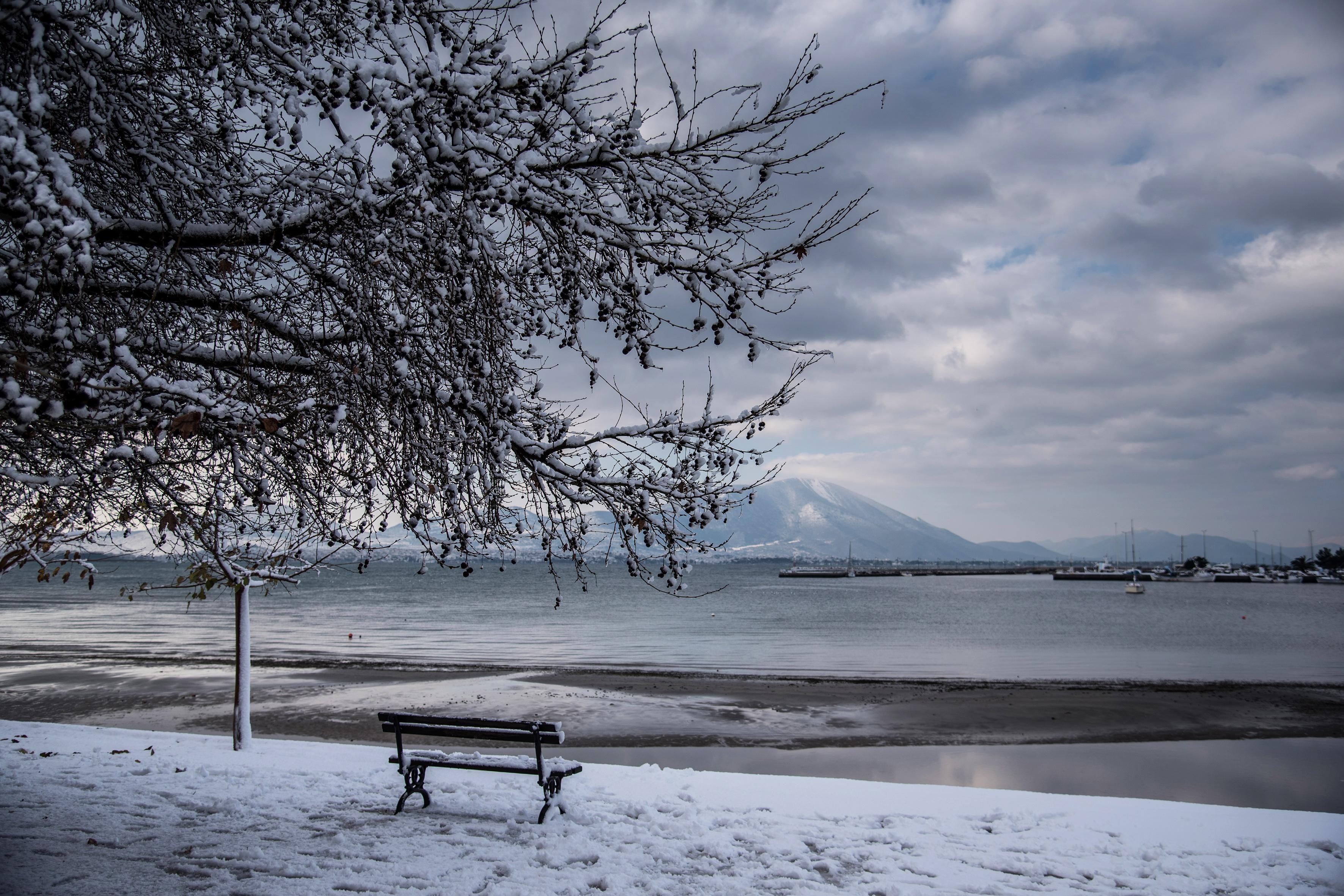 But it's not all picturesque scenes, for some countries the conditions are deadly.

BBC Weather have issued a red warning for southeastern parts of Germany and Austria for further snow.

Mass snowfall has plagued the Alps, forcing resorts to close more than 1,000 miles of ski slopes and 450 ski lifts have been closed.

So far at least 16 people have been reported as dead as a result of the snow, including a woman who was strapped under an avalanche.

Rescue workers fought to rescue her but failed to pull her to safety. 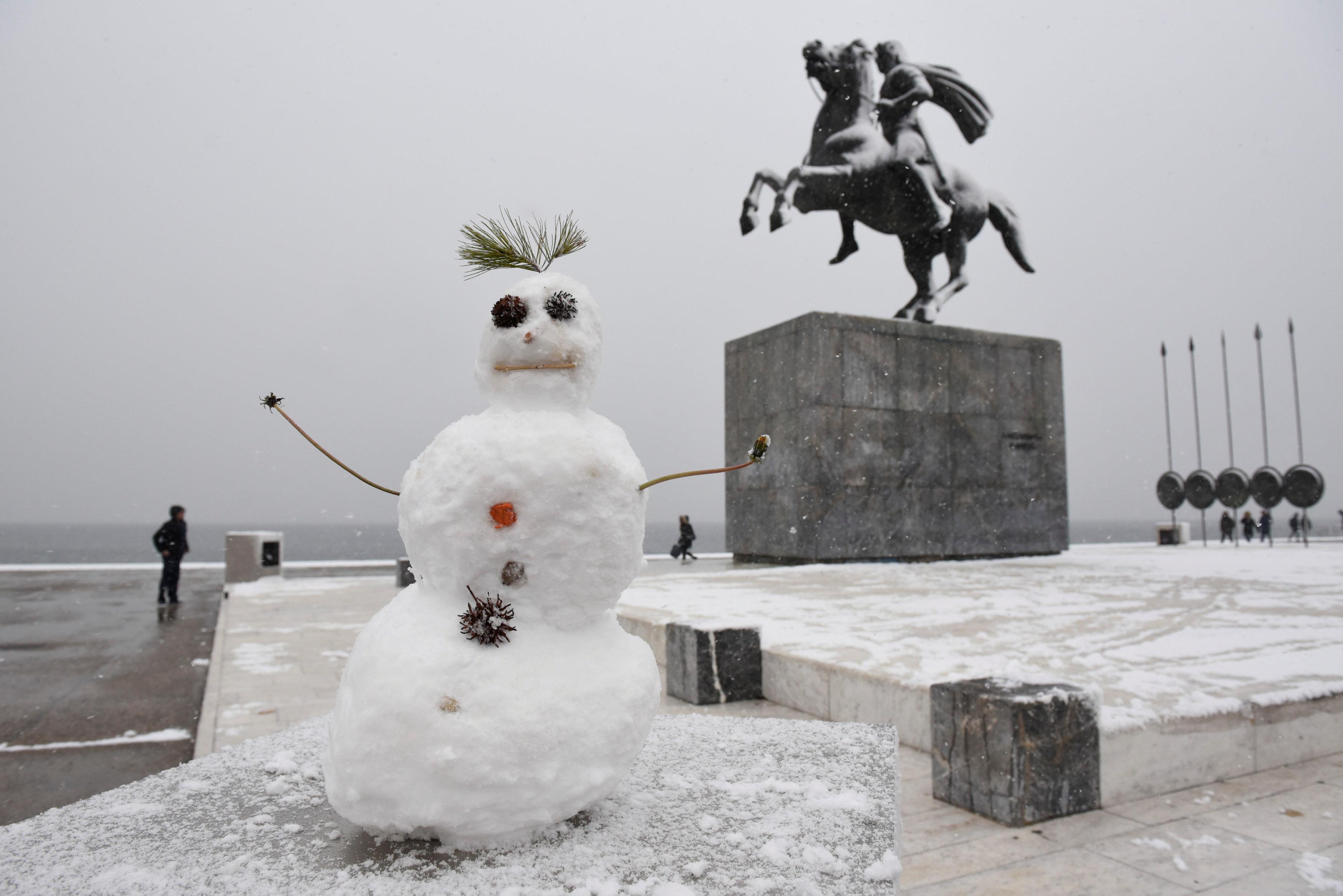 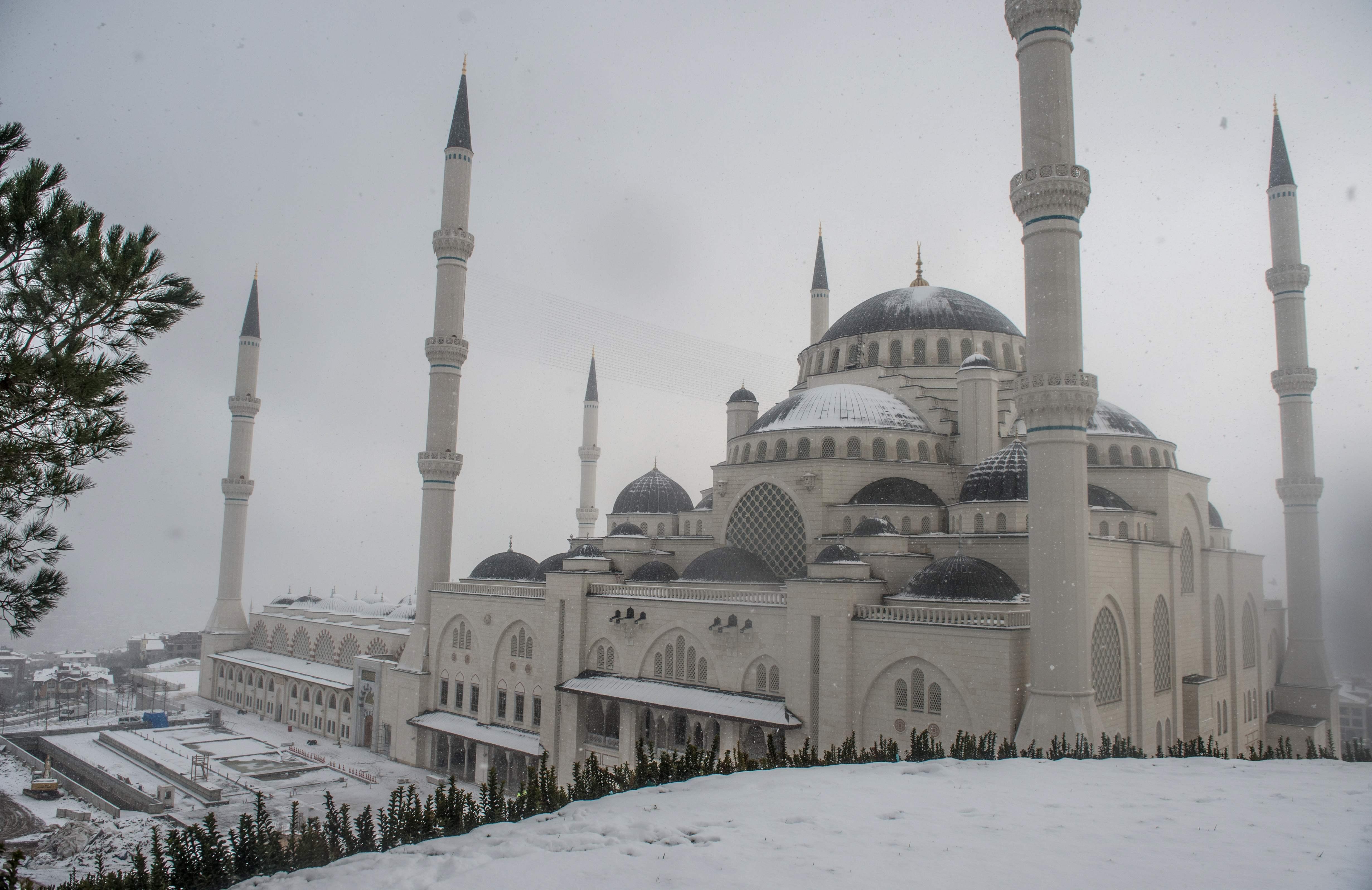 In the highest peaks of the alps, a popular holiday destination for many at this time of year, 300cm has settled.

The past week has proved deadly for skiers, after a 28-year-old man and a 23-year-old woman who went missing while snowshoeing were found dead near Salzburg in central Austria.

Today forty rescuers with dogs were still searching for two others who went missing while snowshoeing near Hohenberg in Lower Austria, Austrian news agency APA reported.

Travel chaos has been unleashed as hundreds of flights are due to be cancelled and delayed in Europe this week. 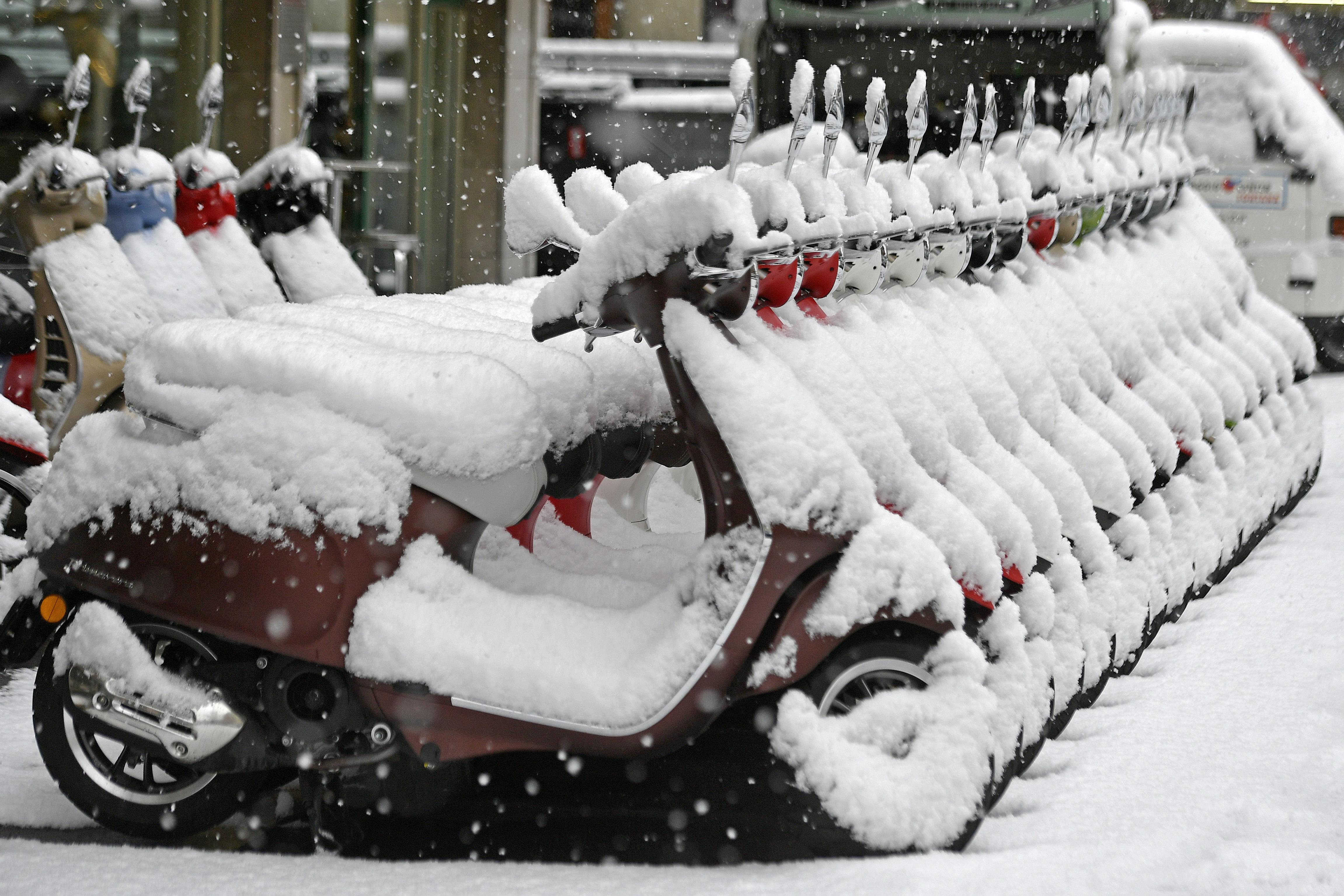 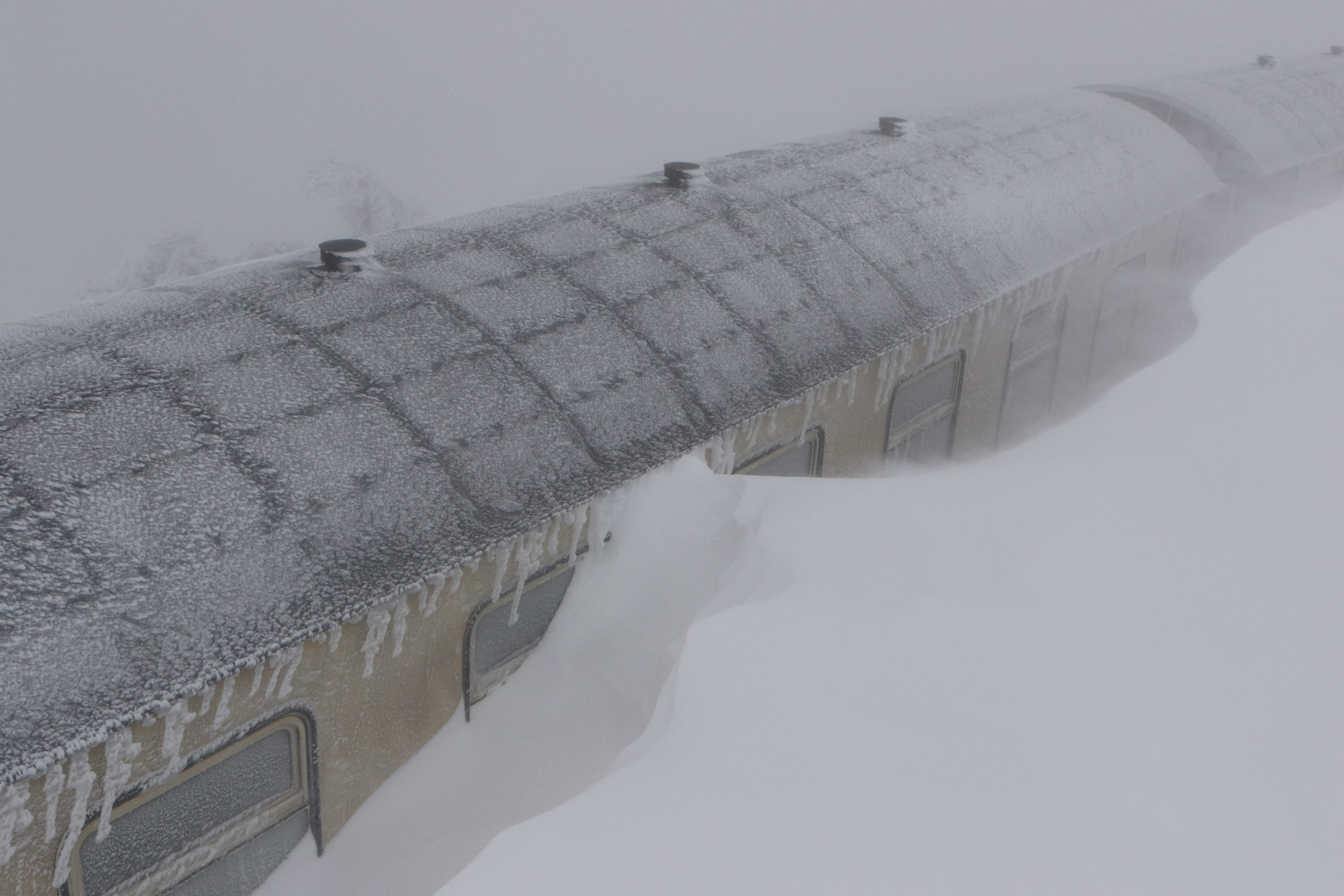 Flights to and from Austria and Germany have been severely effected by the snow, with the Foreign Office warning travellers to check the status of their flights before making their way to the airport.

Germany has experienced severe flight cancellations and delays over the last few days.

The stormy weather has caused 120 flights from Munich Airport to be cancelled and delayed.

In Germany, a 44-year-old skier died in Wackersberg, Bavaria, when he was hit by tree branches brought down by heavy snow, police said. 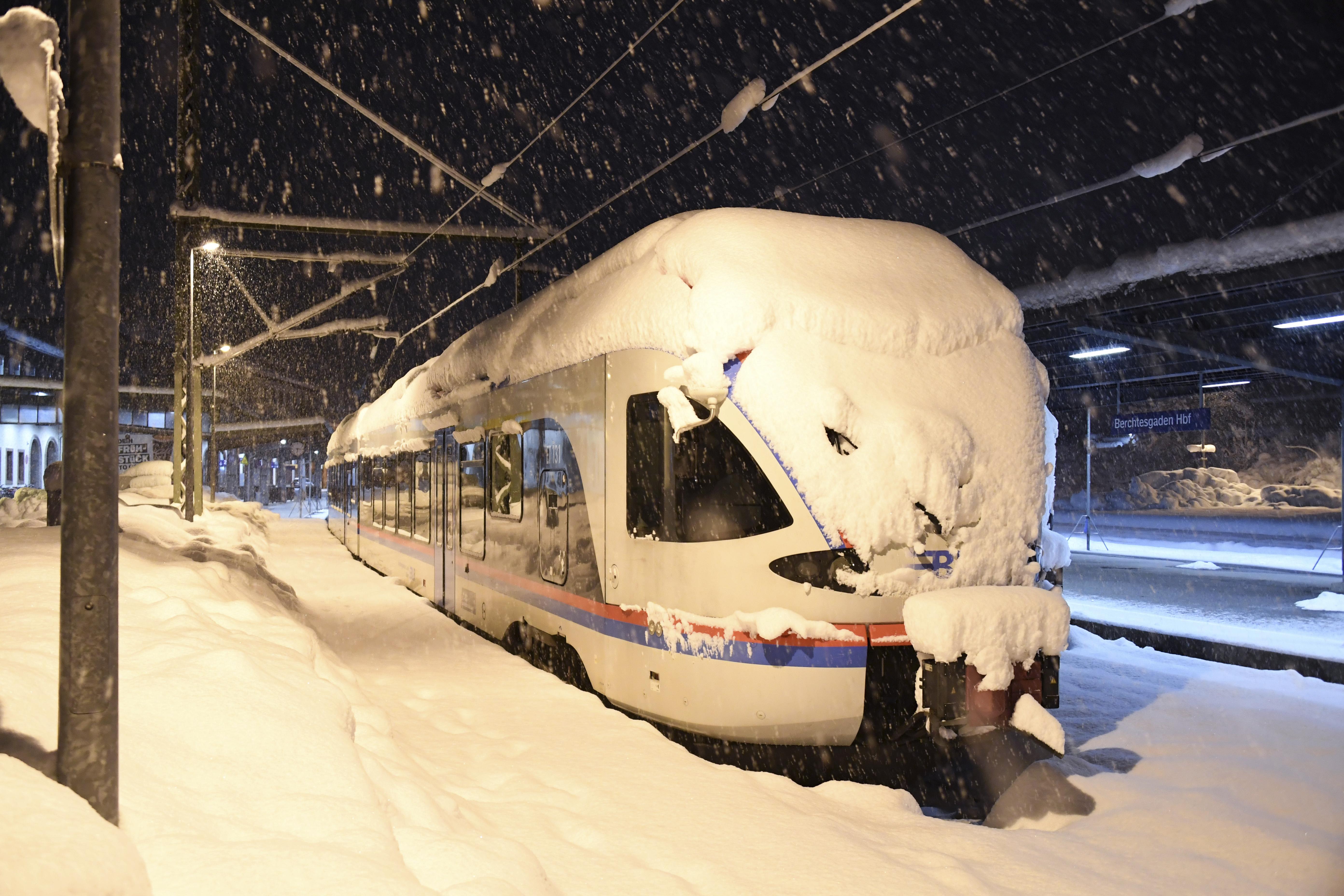 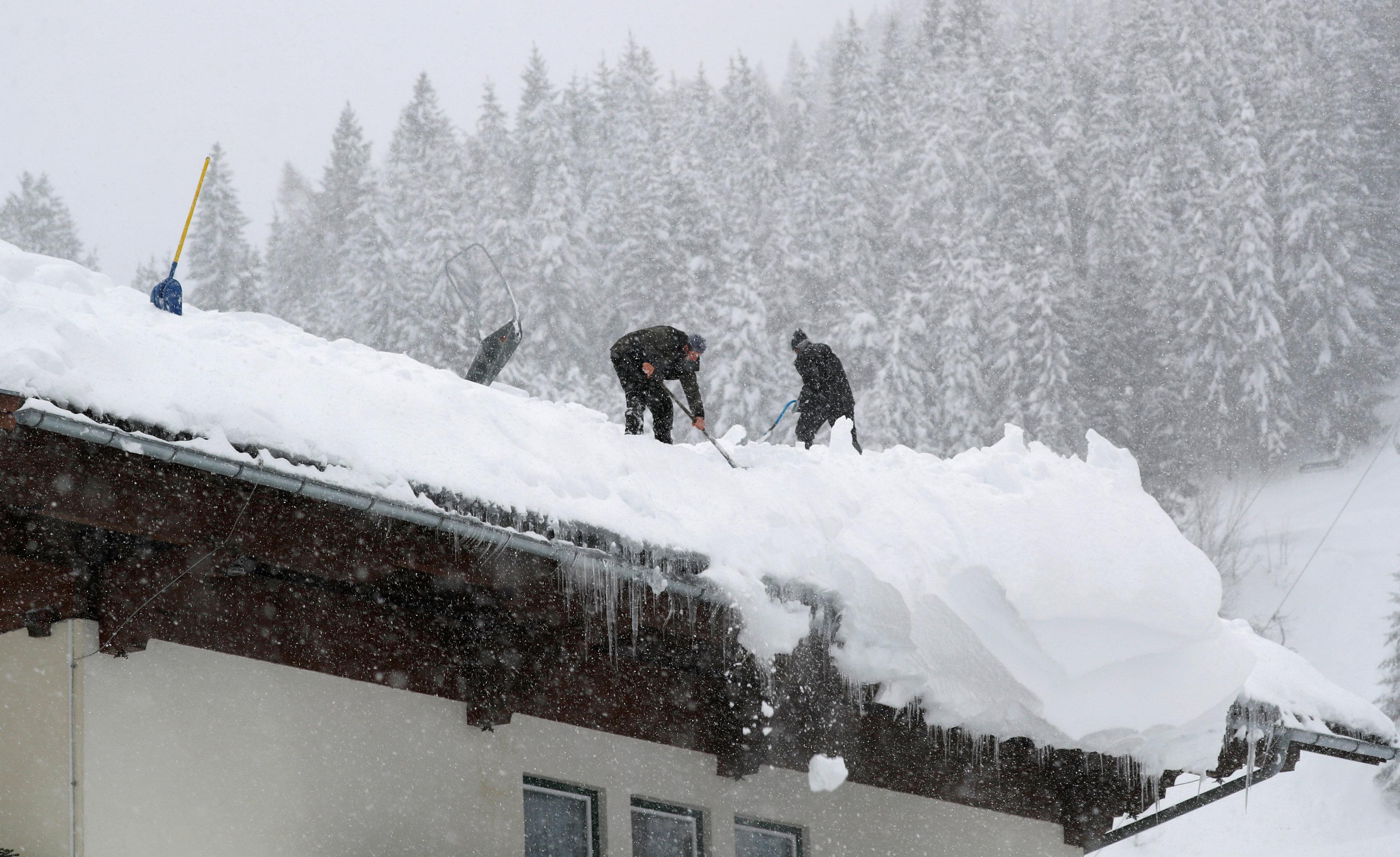 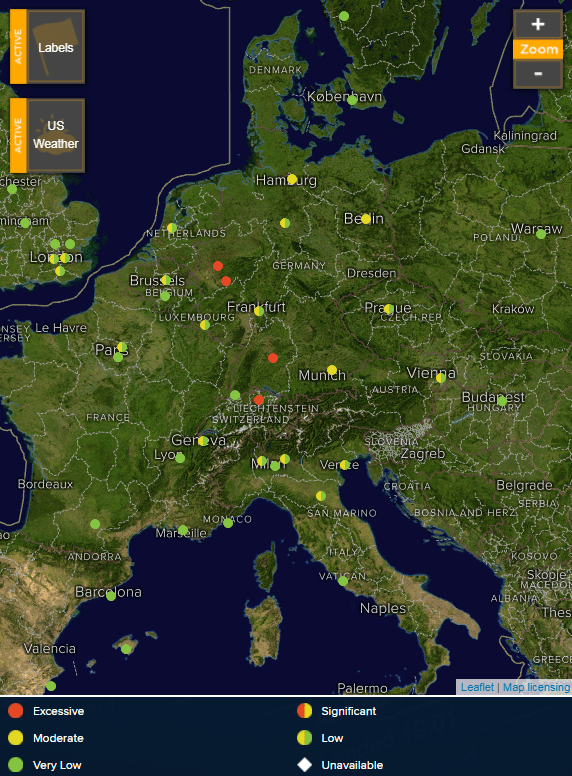 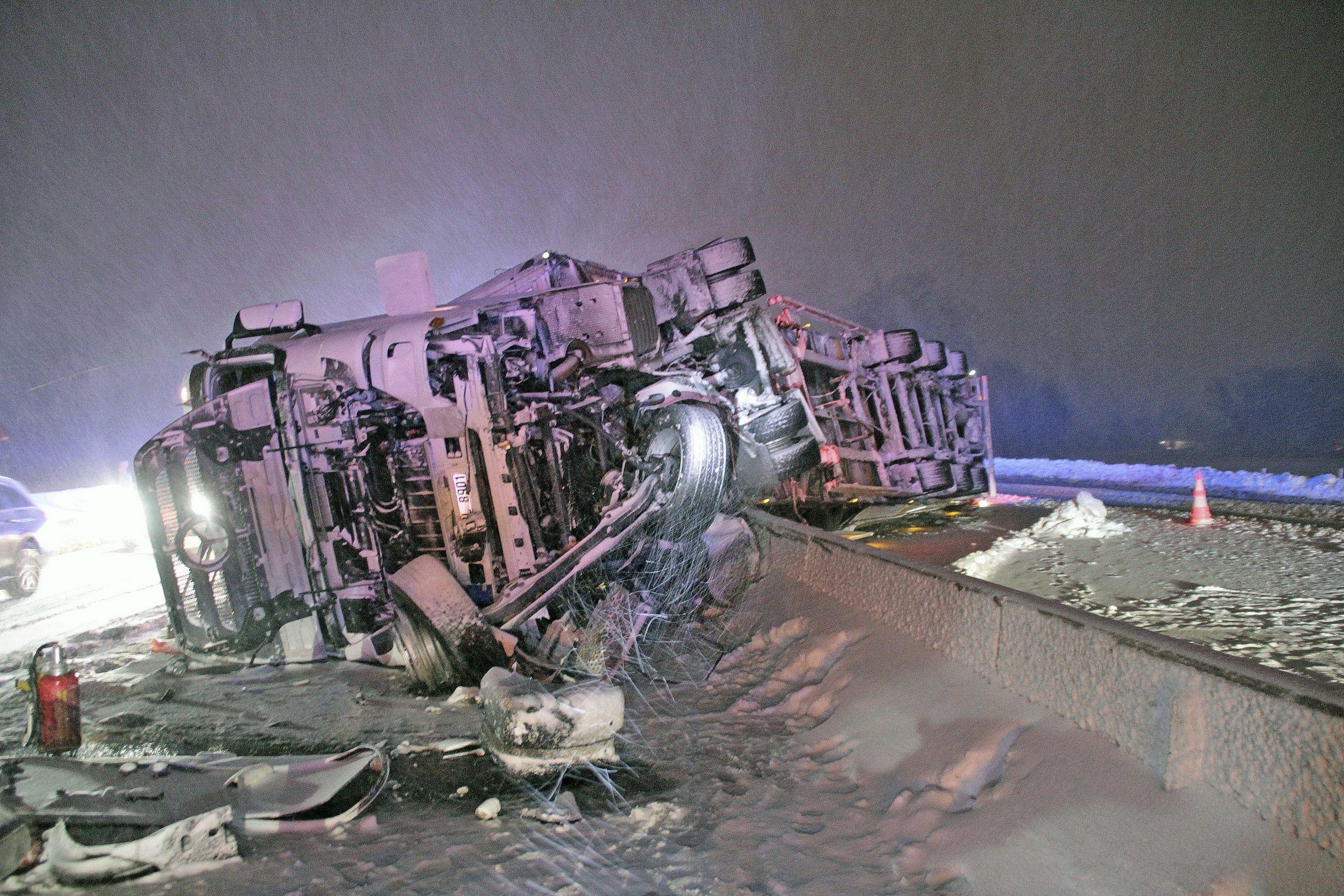 Austrian police said that a 16-year-old boy from Australia was killed in an avalanche in St. Anton am Arlberg as he was skiing with his family on Wednesday.

In Slovakia, a 37-year-old Slovak man was killed by an avalanche in the Mala Fatra mountains.

A 20-year-old woman died on Saturday after she was buried by an avalanche on the Teisenberg mountain range in Upper Bavaria, near the Austrian border. 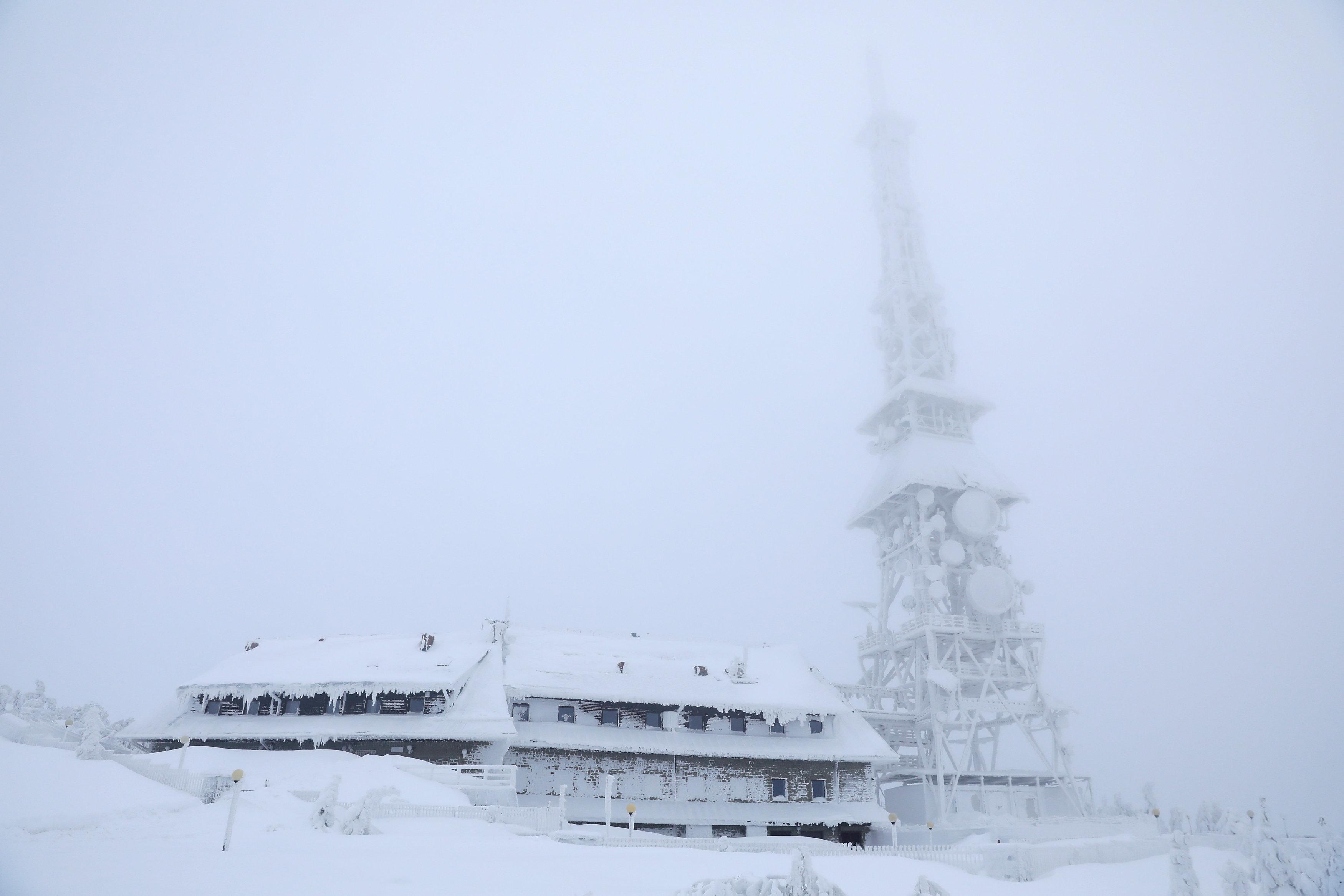 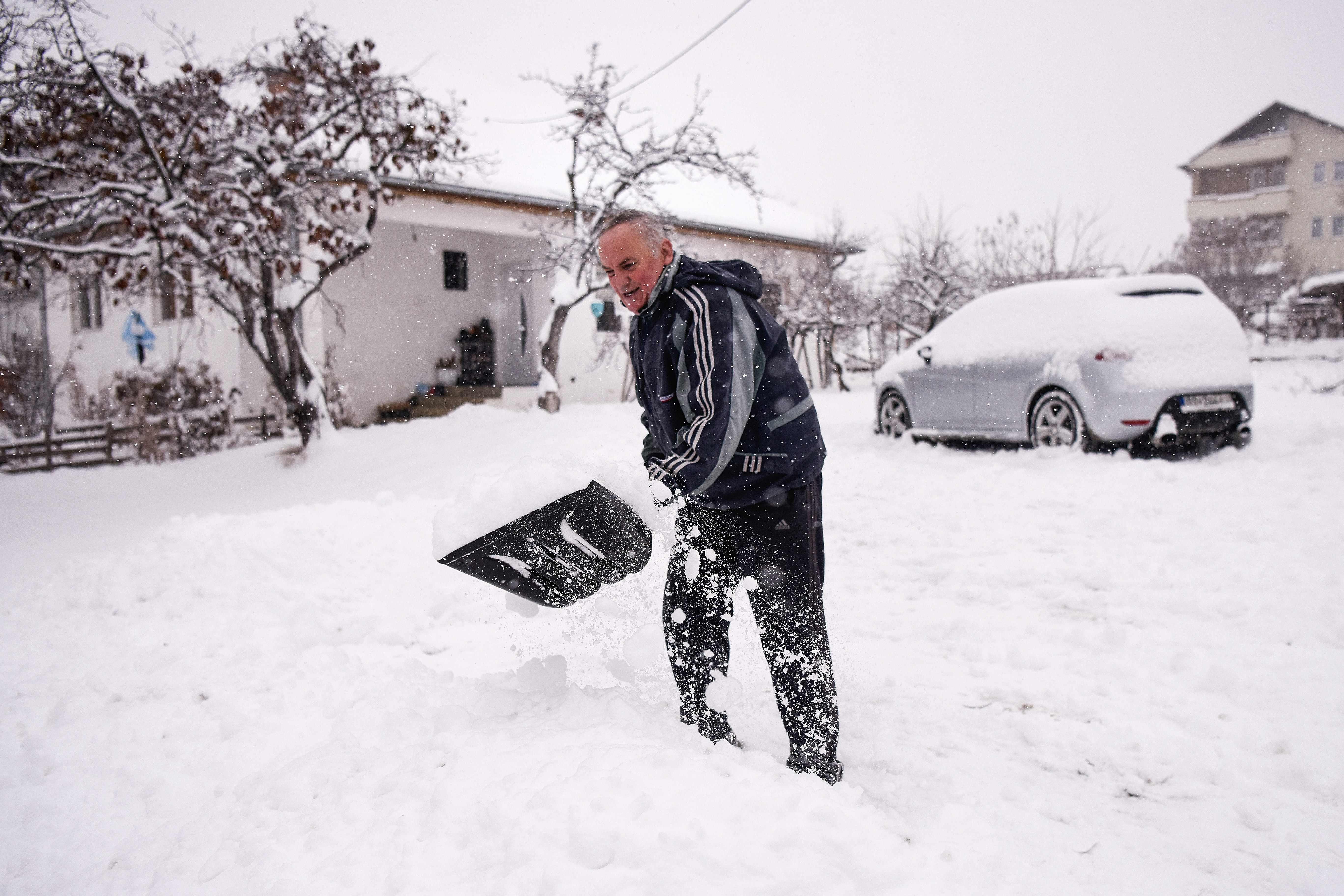 The total toll of those killed in stormy weather in Europe over the past week rose to 11 after a Swedish woman, 29, and three Finnish nationals aged 29, 32 and 36 were presumed dead after an avalanche near Tromsoe last Wednesday.

In Austria, the Hochkar alpine road and the entire Hochkar skiing region have been closed because of the high risk of avalanches.

Residents and visitors were asked to leave the region by the end of the day.

Austrian authorities warned skiers not to go off the slopes and not drive their cars unless needed.

Meteorologists have predicted a further 10-40cm of fresh snow to fall in the region by Monday, as across Europe emergency workers ready themselves for further rescue missions.