A TEEN was left needing 40 stitches after her pal's Alsatian mauled her when she posed for pictures with it.

Lara Sanson, 17, was bitten in the face by Kenai as she hugged it. 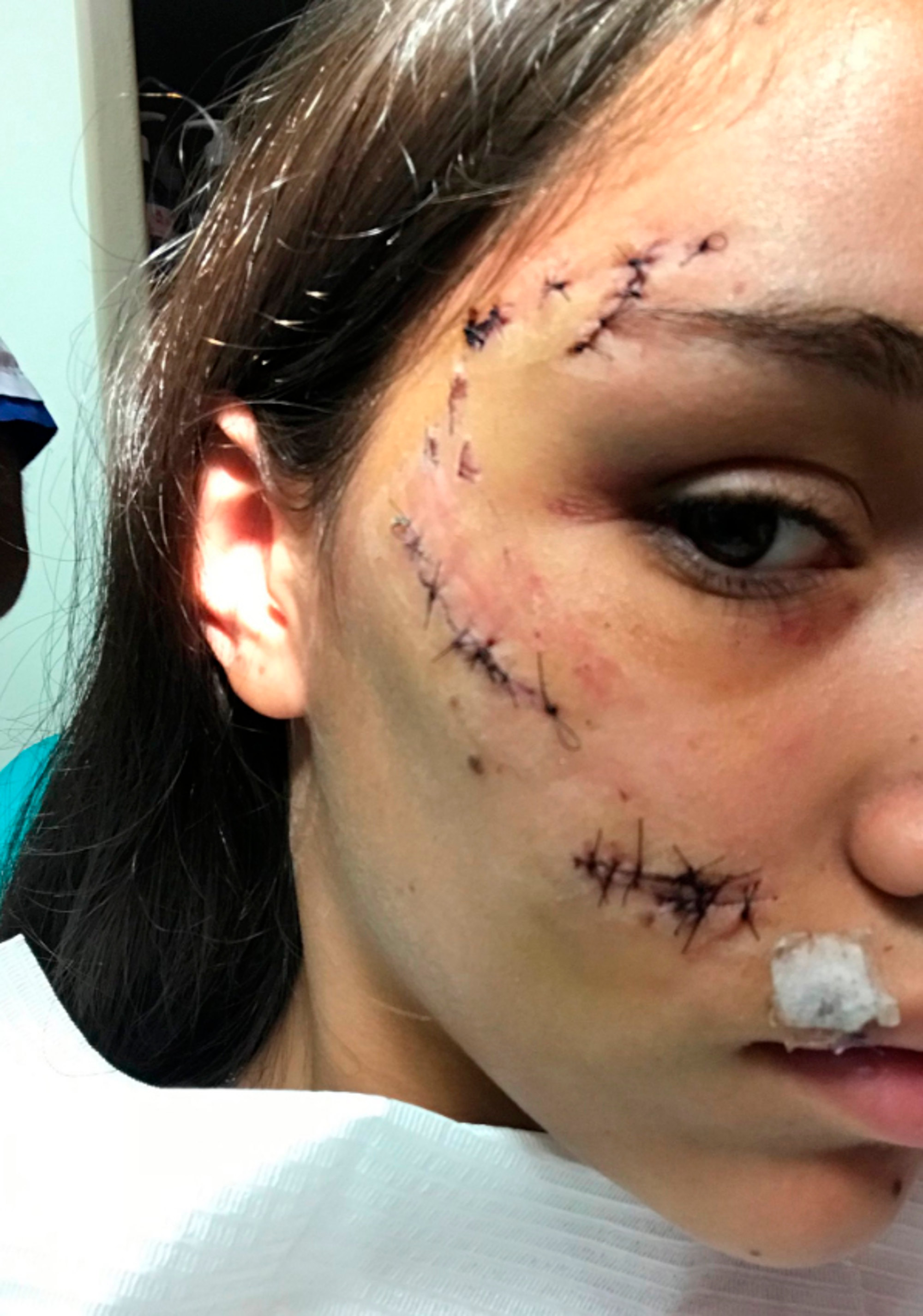 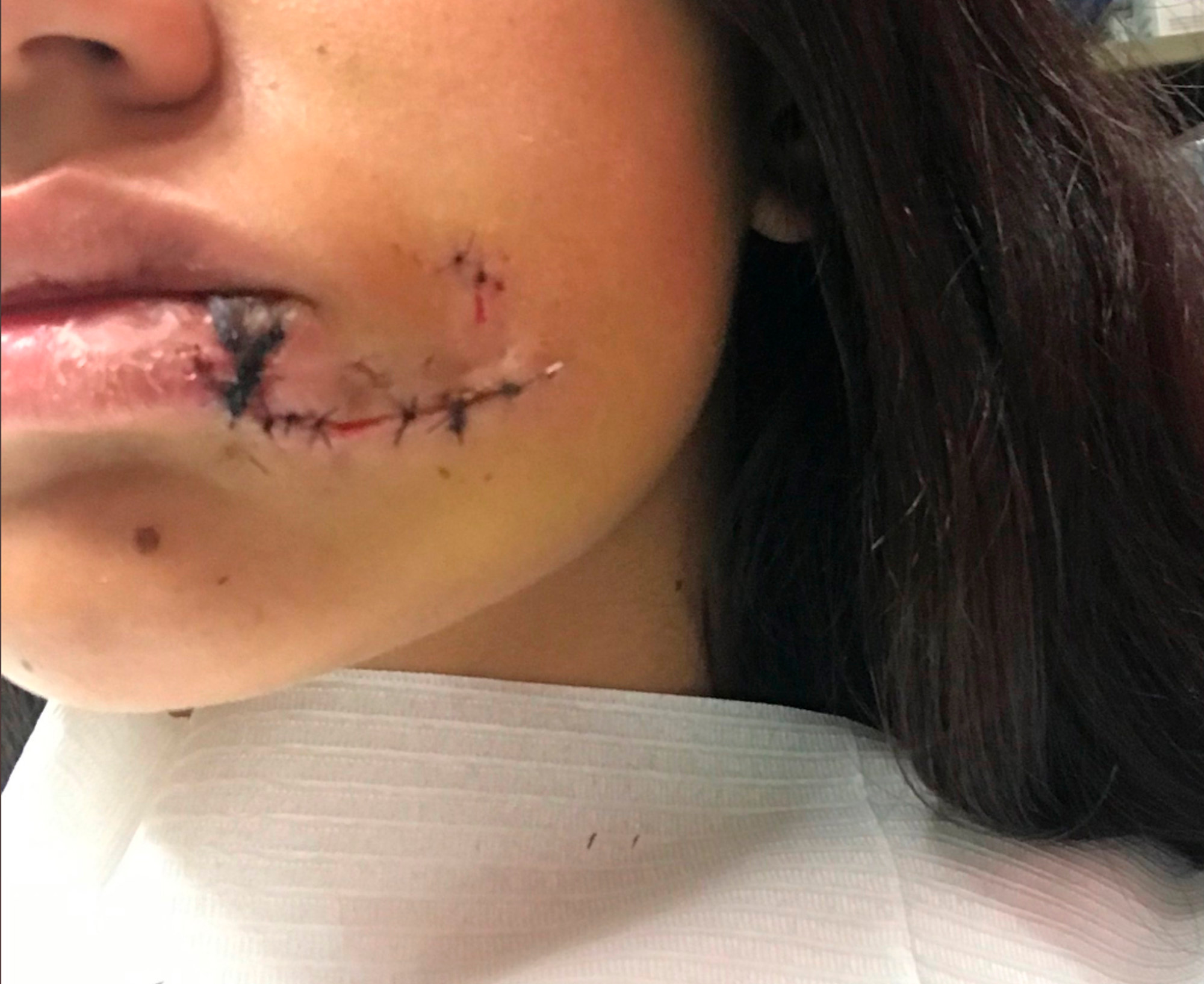 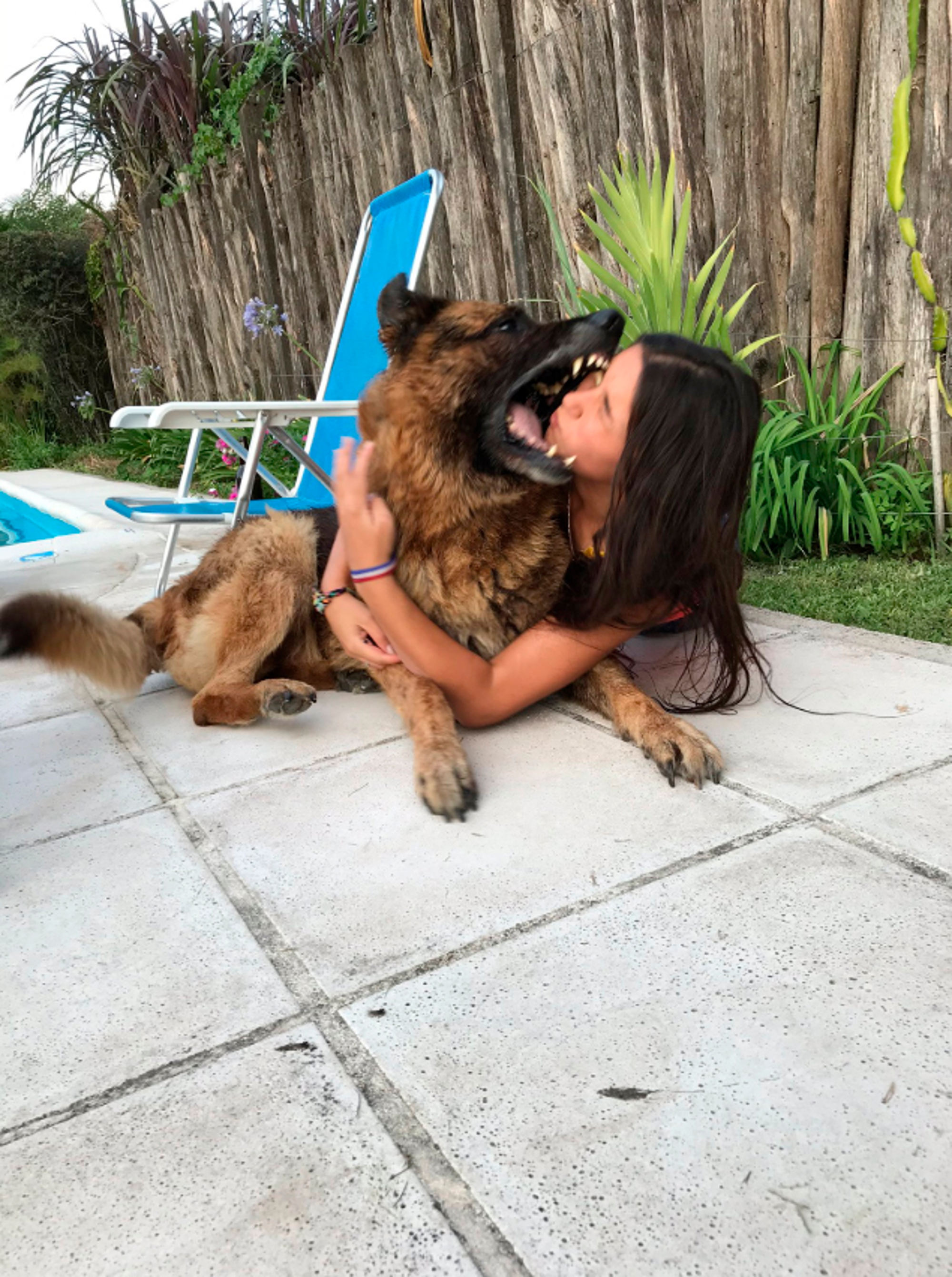 The teen, who reportedly lives in Tucuman, North West Argentina, shared the snaps of her and the dog.

In one of them, her friend's Alsatian can be seen biting her face.

Lara told La Nacion: "I do not know if I touched its hip or if it reacted like this because it is old, or it was because I hugged it and scared it".

The teenager received about 40 stitches, both on her face and inside her mouth to her gums following a two-hour operation, according to reports.

Images show the painful stitches going up the teen's face past her eye and over her lips.

Lara said she didn't feel much pain when the was bitten and she is recovering well.

She added: "I only had some bother due to the inflammation and eating problems".

Vet Juan Enrique Romero told the same local news outlet that Kenai might have bit the teen because of their age and "its pains are growing and a pain could have generated this reaction".

The dog will not be put down, Lara said.

She shared the images on Twitter with a caption "a photo shoot goes wrong".

One person commented: "A dog should never be hugged from the neck, don't put your face near it, as their instinct tells them you are going to attack them, the neck is the most vulnerable part of a dog. Glad it was not worse."

Another added: "It is a question of education". 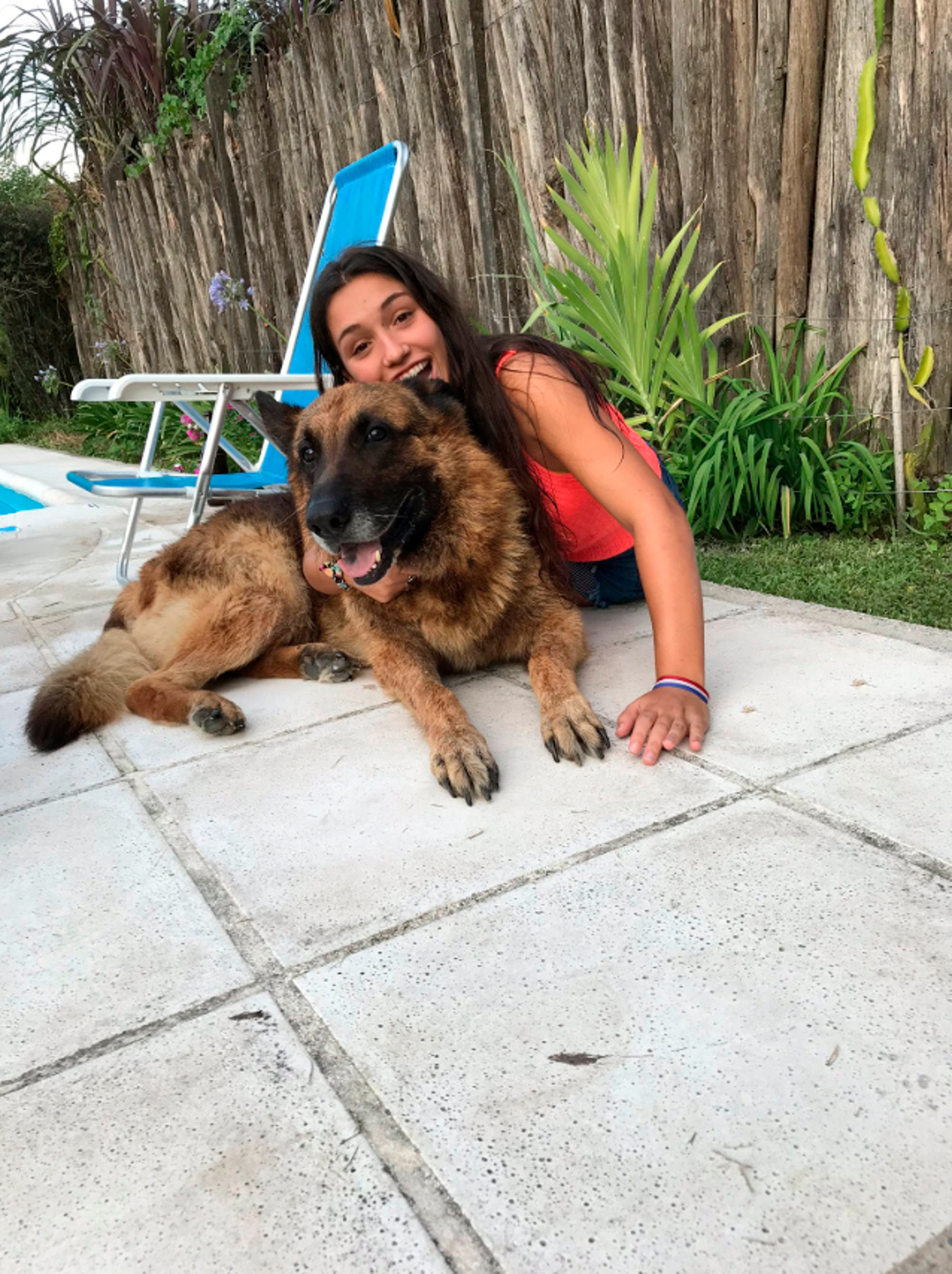 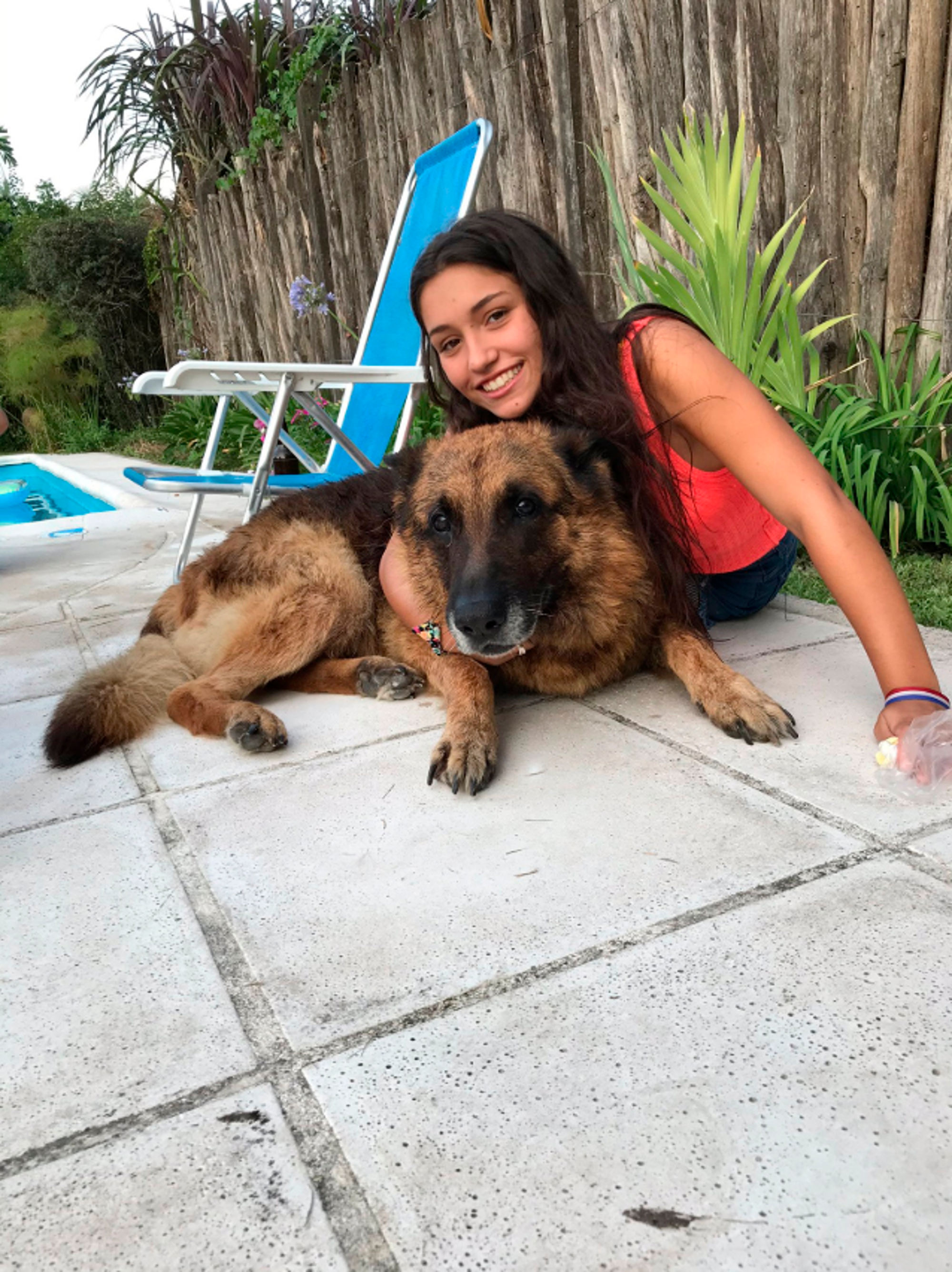