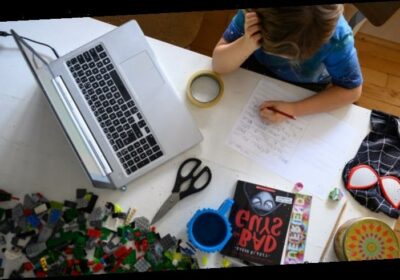 Almost a million students were sent home on Friday for what is hoped will be just three days of remote learning during the state’s snap stage four lockdown.

Less than three weeks into term one, about 2270 schools across the state were told to close for all but vulnerable children and the children of permitted workers as part of the five-day lockdown. 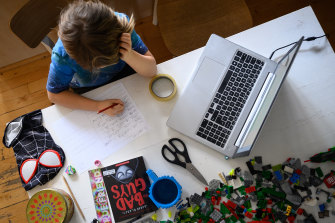 Education Minister James Merlino said schools had a role to play in containing the latest outbreak of COVID-19, but the decision drew criticism from the independent schools sector and the state opposition, which labelled the move harmful to children.

Principals said they were well-placed to revert to remote learning for a short time, having experienced months of it last year, but some parents fretted about their children’s wellbeing and the potential for further lost learning.

Australian Principals Federation president Tina King said school leaders generally understood there was a possibility of another stint of remote learning this year.

“At the back of our minds has always been the thought that we may have to resort to what we did last year, whether it’s for five days or 50 days,” Ms King said.

Blackburn Primary School principal Andrew Cock said the school was still working out the details of whether staff would be on-site or working from home next week.

The school would use its digital learning platforms and take-home work packs for lessons next week.

“We’re not going as full-on as we were in the longer term lockdown, but certainly we want to keep that continuation of learning for students,” Mr Cock said.

He urged parents with younger children at home to do the best they could with the time they could spare.

“My message to parents is, we’ll just achieve what we can. It’s a big time for all of us, and we’ll continue to provide the work for the students and whatever parents can achieve is a great thing,” he said.

“We’ve had to start private tutoring because they fell really behind last year,” Ms Wong said.

“I understand the seriousness of COVID-19 and the requirement for restrictions but disrupting school, especially for young people who are more vulnerable to disruption, really has long-term effects on the children.”

Amanda Lecaude, academic coach and mother to a university student and a year 10 student, said she hoped a swift lockdown would avoid the need for a return to extended remote learning.

Ms Lecaude said as with previous lockdowns, the mental health side effects for children were a big concern.

“As long as we’re not chopping and changing for too long we’ll be OK, that’s when the mental impact really comes in,” she said.

State opposition education spokesman David Hodgett said schools should not be closed next week, for the sake of students’ learning and their mental health.

“School closures should be the last resort, we’ve still got student learning that was compromised from last year,” Mr Hodgett said.

“Surely you can put plans in place to manage a school without putting kids in fear.”

Independent Schools Victoria, which represents schools that teach almost 150,000 students, said the lockdown was “extremely disappointing and frustrating news for principals and teachers and above all the students”.

“This comes early in a new school year which began with cautious optimism that the disruption of 2020 was behind us,” ISV chief executive Michelle Green said.

“While teachers and students have shown they have been able to adapt to remote learning, we are particularly concerned about the impact of these and previous measures on the mental wellbeing of students and their teachers.”