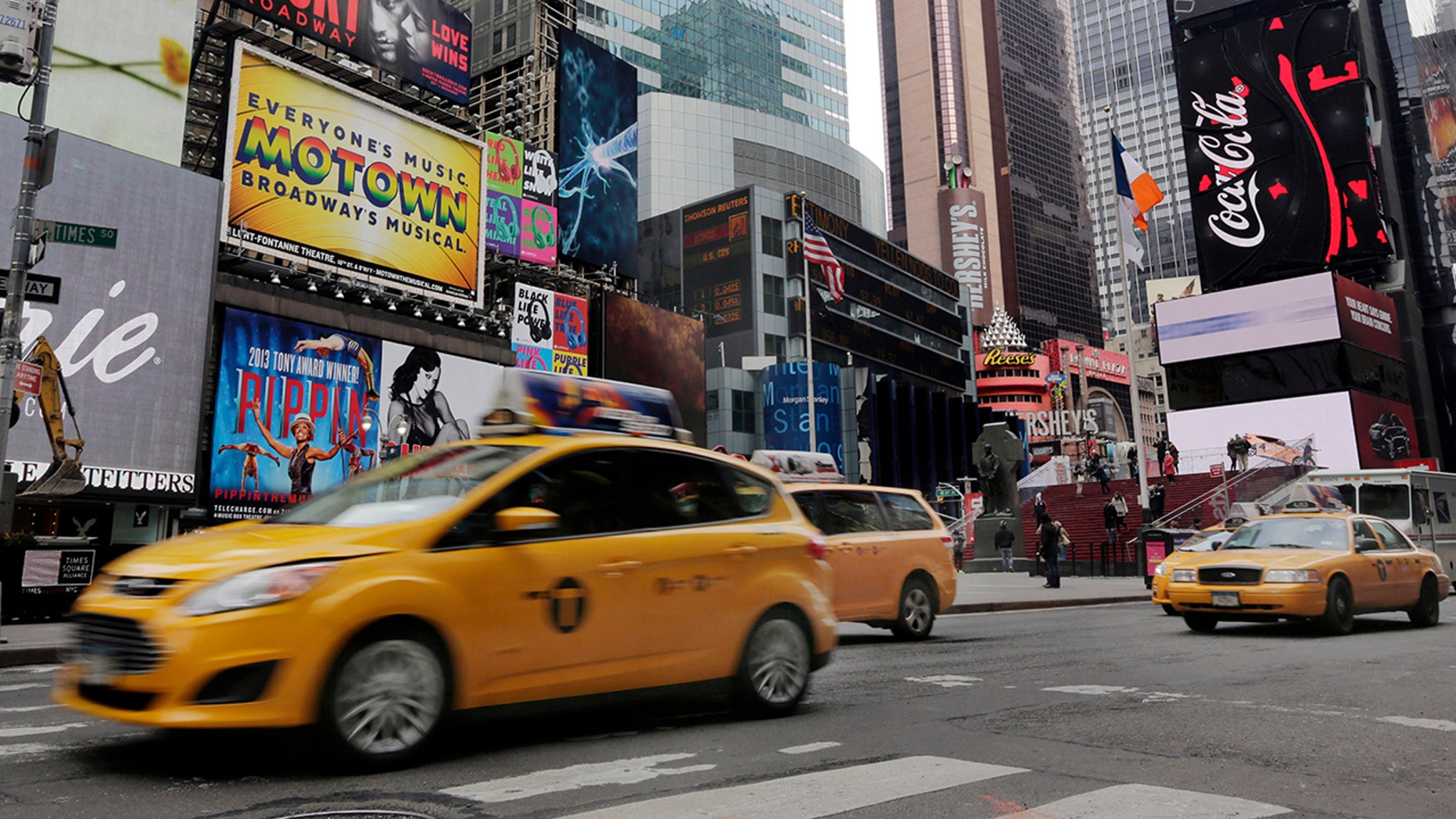 At least six people were injured when a taxi ran off of the road in midtown <a data-cke-saved-href="https://www.foxnews.com/category/us/us-regions/northeast/new-york" href="https://www.foxnews.com/category/us/us-regions/northeast/new-york" target="_blank">Manhattan </a>on Thursday, colliding with a popular restaurant
(iStock)

At least six people were injured when a taxi ran off of the road in midtown Manhattan on Thursday, colliding with a popular restaurant.

According to the New York Fire Department, eight people suffered non-life threatening injuries. Five were taken to nearby hospitals and three refused care.

Onlookers broadcast a live feed of the incident to the Citizen app, which showed the taxi stopped halfway through the front entrance at the Westville restaurant in the Hell's Kitchen neighborhood. Tables and chairs were upended surrounding the vehicle.

The taxi was reportedly rear-ended, according to the New York Times, forcing the vehicle off the road and onto the sidewalk. The cab has since been removed from the restaurant, and the fire department has extracted a bike from underneath the car.

The New York City Fire Department, EMTs and other emergency responders remained on the scene.