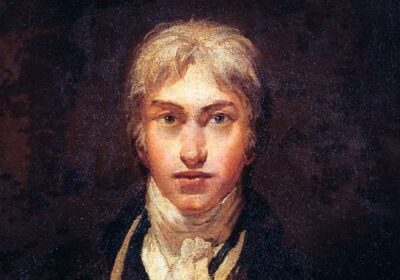 Tate boss says abolitionist J. M. W. Turner should not be ‘idolised’ because he owned ONE share in a firm that used slaves

One of Britain’s greatest painters has fallen victim to woke culture, as art-lovers are being warned not to ‘idolise’ J. M. W. Turner because he once held a single share in a Jamaican business that used slave labour.

During his lifetime, the artist was a liberal and an abolitionist, and his iconic painting The Slave Ship captured the horror of the trade in human lives.

But a new exhibition of his work at Tate Britain comes with a warning that some of his pieces could be considered problematic.

The gallery’s director, Alex Farquharson, even warns that Turner’s depictions of steam power are linked to climate change. 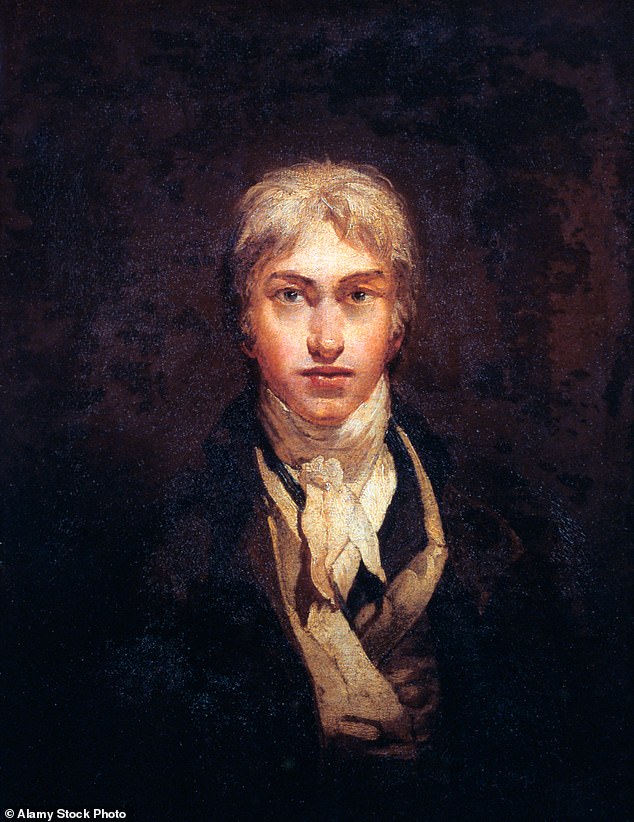 One of Britain’s greatest painters has fallen victim to woke culture, as art-lovers are being warned not to ‘idolise’ J. M. W. Turner because he once held a single share in a Jamaican business that used slave labour

Mr Farquharson says: ‘We should not idolise Turner. His investment in 1805 in a Jamaican cattle ranch worked by enslaved labour suggests he had reset his own moral compass by 1840 when he painted Slave Ship as an indictment of the slave trade.’

The painting was inspired by the Zong massacre of 1781, in which a captain of a British ship ordered 133 slaves to be thrown overboard when drinking water ran low so he could claim insurance money.

Mr Farquharson describes The Slave Ship as salient today because ‘Black Lives Matter demands we confront histories of enslavement, exploitation and genocide whose legacies live on’, but says some critics ‘see its visual splendour as mitigating the horror of its subject’.

Turner, then aged 31, paid £100 in 1805 for a single share in a business called Dry Sugar Work in Jamaica. But the investment was a flop and the firm went bust. In his foreword in a guide to the Turner’s Modern World exhibition, Mr Farquharson also says Turner’s steam-era paintings were ‘testimony to the beginnings of global warming’ as Britain was the leading emitter of carbon dioxide at the time.

‘Those emissions that he painted remain in the atmosphere today and their effect on global warming has been accumulative,’ he writes. But his comments have provoked a backlash. Turner expert Selby Whittingham said: ‘This is political correctness gone mad. Slavery, thankfully, is no longer a hidden subject, but people have gone to the opposite extreme and given it an exaggerated prominence.’

Michael Daley, the director of ArtWatch UK, said it was wrong to impose modern values on historical figures, adding: ‘The trouble is that everybody in the arts wants to play politics and not talk about art.’ 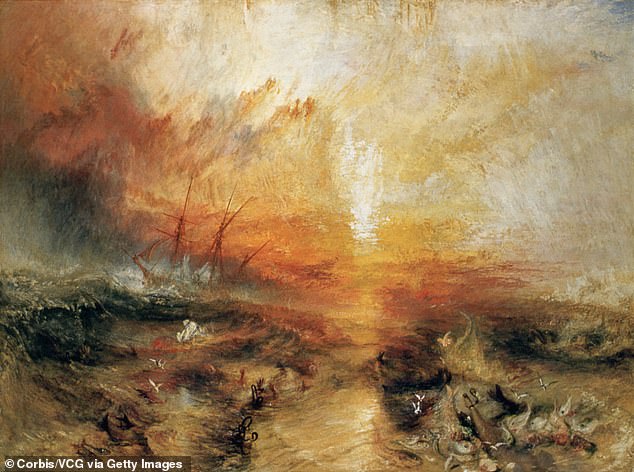 During his lifetime, the artist was a liberal and an abolitionist, and his iconic painting The Slave Ship (pictured) captured the horror of the trade in human lives

Tory MP Andrew Bridgen described Mr Farquharson’s comments as ‘an attempt to repaint history and find fault where little fault lies. Society has been taken over by the woke, environmental and political agenda’.

The episode could expose the Tate to allegations of hypocrisy – ancestors of founder Sir Henry Tate made their fortune from a sugar empire built on the slave trade.

The Tate holds 300 Turner paintings and 30,000 sketches that the artist bequeathed to the nation.

Defending his comments, Mr Farquharson, who chairs the Turner Prize jury named after the artist, told The Mail on Sunday: ‘We relish the fact that Turner was a richly complex figure. He embodied but also redefined his era, capturing the birth of industrialisation, creating one of art history’s most powerful indictments of the slave trade, and remaining as relevant and inspiring today as ever.’