A survivalist community with locations in Colorado and West Virginia is preparing for the worst following Election Day, according to reports.

The Fortitude Ranch, which does not specify its compounds' locations, is activating its “collapse” mode for the first time in its history, according to KDVR News.

The ranch’s CEO Drew Miller has spent years constructing a doomsday compound, which is self-reliant and off the grid. The compound was built for a number of “worst-case scenarios,” such as pandemics and warfare. 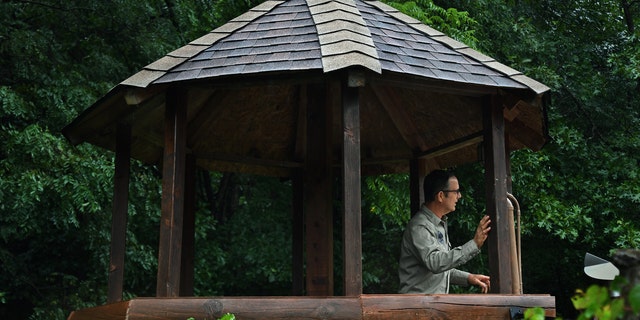 LOST CITY, WV-AUGUST 23: Drew Miller in one of his many guard towers at his West Virginia compound on August 23, 2019. Miller, a retired Air Force intelligence officer and Harvard-educated writer, has been establishing compounds for the apocalypse. So far about 100 people have joined.  (Photo by Michael S. Williamson/The Washington Post)

Right now, the greatest concern Miller faces is the aftermath of the 2020 presidential election. Miller worries that the country may see widespread “looting and rioting” after the election.

“Yes, civil war seems unlikely. You don’t estimate the probability of something like that, but is it inconceivable? Absolutely not. The election could be a real trigger,” Miller said.

He plans to welcome dozens of members who are also worried about the election aftermath. The compound is stockpiled with survival supplies that could last 25 years, such as toilet paper and medical supplies, but also has an ample amount of guns and munitions, the Daily Mail reported. 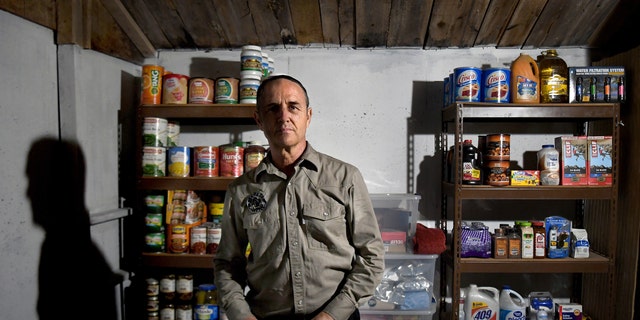 LOST CITY, WV-AUGUST 23: Drew Miller inside a well-stocked fortified bunker that’s still under construction on August 23, 2019. Miller, a retired Air Force intelligence officer and Harvard-educated writer, has been establishing compounds for the apocalypse. So far about 100 people have joined. (Photo by Michael S. Williamson/The Washington Post)

All members are strongly encouraged to own a rifle or shotgun to help fend of potential invaders and ammunition is stockpiled through the property.

“We think that is the No. 1 collapse barter item there is,” Miller said.

The facility includes indoor gardens and medical resources, including “surgical gowns and towels” in the event that operations are needed.

Miller is ready for the worst, but he hopes that he’s being over-prepared and that the best happens instead.

“If they show up and then bad things don’t happen, then hike, vacation and enjoy yourselves,” he said.