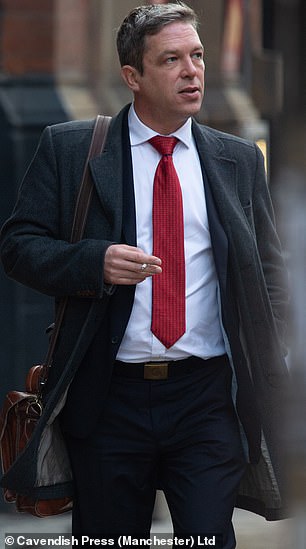 An Oxford-educated surgeon beat up his future wife during a drunken argument after he accused her flirting with another doctor at a works Christmas party, a tribunal heard yesterday.

Dr Alan James, 48, pinned the woman onto a bed and slapped her in the face after they had a furious row during which she told him: ‘I should have gone back with your colleague instead.’

James, a Consultant in Upper Gastrointestinal and Laparoscopic Surgery at East Surrey hospital in Redhill was later taken to a nearby police station where officers found him in possession of eight Ecstasy tablets.

The unnamed woman received injuries to the left side of her face and knee in the incident.

The father of two – a keen guitarist – said the drugs had been bought during a music festival but he had not taken any of them.

He admitted assaulting the woman saying the incident was a ‘source of regret to him.’

He and his victim later rekindled their romance and subsequently married.

The Medical Practitioners Tribunal Service was told the assault occurred on December 3, 2016 after the couple and other medical colleagues had been out celebrating their annual festive outing.

Carlo Breen, lawyer for the General Medical Council told the Manchester hearing: ‘She had been drinking and so had he, they had then argued. Dr James became violent, he pinned her to the floor and punched her to her left ear. At the police station, he was found to be in possession of a bag of eight pills.

‘He admitted assaulting her and told officers that both parties had been on a work Christmas dinner. They stayed out for some drinks and he described an argument when they returned home. Words were exchanged that irritated Dr James.

‘She says that Dr James dragged her upstairs, he manhandled her to the bedroom and held her on the bed. He says he was intoxicated but not hugely. He told police that he lost control and that both parties were physically fighting. He said the circumstances were a source of regret to him.’

The hearing was told James pleaded guilty to charges of assault by beating and possession of a class A controlled drug at Redhill Magistrates’ Court on January 5 last year.

He was sentenced to a community order made up of 20 rehabilitation requirement days and 100 hours of unpaid work over 12 months. He was also fined £1,000.

The doctor who lives in Redhill now faces a fitness to practise medicine panel which could strike him off.

At the hearing James who read medicine at Kings College London before studying for an MA at Oxford confessed: ‘I can recall the incident, I slapped her. It was hard once and then two further times which were not hard. I had had quite a lot to drink, probably two glasses of wine and around five pints of beer. 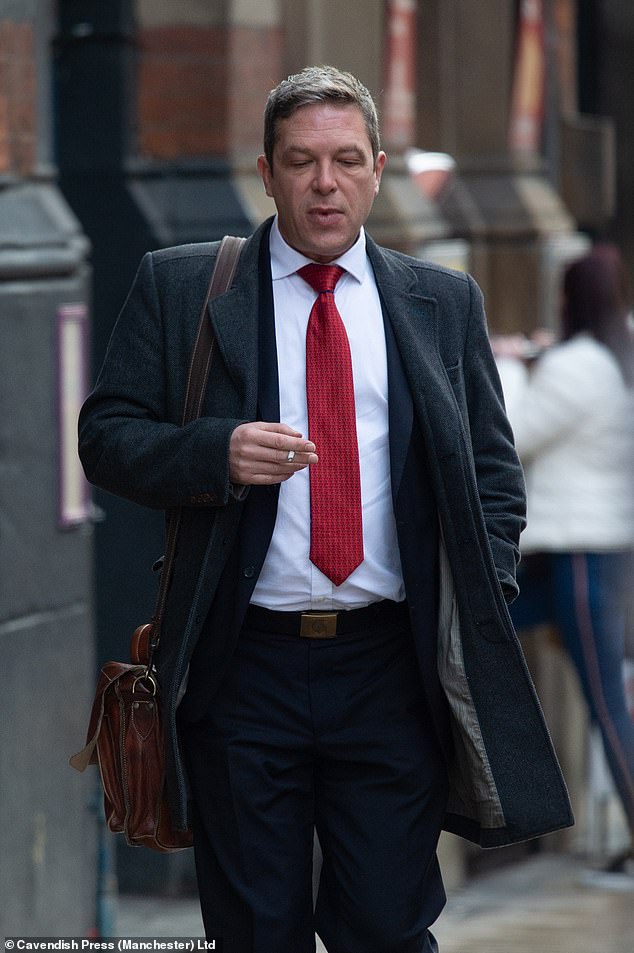 The surgeon went on to marry his girlfriend who he attacked after a row in December 2016. He accused his fiancée of flirting with another man

‘I feel utterly dreadful about it. As soon as I had calmed down I felt like that. It was a confusing time having to deal with having done something like that, I think one looks for excuses as to reasons why, but there is no excuse.

‘I don’t believe that I have an issue with anger. She knocked over my guitar but it was not that that prompted it, it was what she said. The words were that she should have gone home with a colleague of mine.

‘Earlier in the evening she had been flirting with a colleague, I interpreted that as a very provocative insult. I still work with that individual in the department, I supported them in their application for consultant. We have a good working relationship.

‘I am not and never have been a habitual user of drugs. I have no intention of taking any drugs in the future.

‘I had encountered ecstasy in the past at music festivals years ago. I put them in a tin at the festival and left them in my coat pocket from then until December. I did not think about them in that time.

‘I still go to music festivals now, I have not taken any drugs. If offered any in the future I would just say no to them. Clearly it was not very intelligent for me to be carrying a packet of pills in my coat or for me to pick that coat up as I was arrested.’

Referring to his wife he added: ‘There were problems with communication and the relationship and I have since undergone a process of reflection. This reflection episode and looking at the way we communicate in the relationship has been beneficial to us, aside from the awful cause for it.

‘There were some aspects of my behaviour that needed addressing. Drinking alcohol was obviously a factor in that episode. I do enjoy drinking alcohol.

‘There had been tensions in the relationship so this was the kick off of all these things. We have both been shocked and dismayed by this.

‘The sessions that I have had with the probation service have made me calmer at work.

‘There were some aspects of work and stress which had perhaps contributed to this. I immediately reported this matter to the trust and following my conviction I stepped down from my clinical leader role.

‘I thought it was not right for me to be the clinical leader for trauma, having caused trauma myself.

‘I have no history before the GMC before and have never been accused of malpractice. This process has been important to me. Looking further forward I would like to get through this process and continue working.

‘I am more resilient, capable and aware in both my relationship with my wife and with work.

‘Having learnt how awful it feels to have done this, it has been a powerful lesson. I did a course on domestic violence, I have attended a course on professional behaviour.’