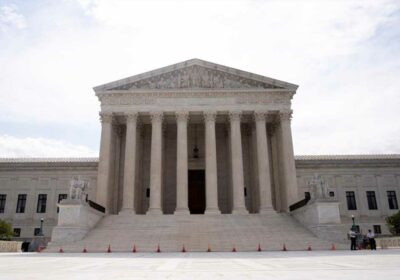 Supreme Court rules against bond hearings for deportees who reentered US

California may not require charities to reveal who their larger donors are, the Supreme Court ruled Thursday in a decision split along the court’s ideological lines.

In a 6-3 decision, with the court’s three liberal members dissenting, the nation’s highest bench ruled that the Golden State did not have the authority to demand that organizations disclose the identities of donors contributing $5,000 or more annually.

Federal law requires the Internal Revenue Service to keep such forms confidential. And while the state of California has promised to do the same, that has not always been the case.

The case was brought by the Koch-aligned Americans for Prosperity Foundation and the Thomas More Law Center, a Christian public interest law firm, which alleged that their donors’ First Amendment protections regarding the freedom of association were violated when their names were disclosed.

By revealing their names, the plaintiffs argued, they were subjecting the donors to possible harassment.

“We do not doubt that California has an important interest in preventing wrongdoing by charitable organizations,” Chief Justice John Roberts wrote in the majority opinion.

However, he argued, “there is a dramatic mismatch” between “the interest that the Attorney General seeks to promote and the disclosure regime that he has implemented in service of that end.”

Roberts makes note of California’s argument to the court that it needed the disclosures in place to police nonprofit fraud.

“We are left to conclude that the attorney general’s disclosure requirement imposes a widespread burden on donors’ associational rights,” he wrote. “And this burden cannot be justified on the ground that the regime is narrowly tailored to investigating charitable wrongdoing.”

Justice Sonia Sotomayor, who authored the dissent opinion, took note of California overseeing one-fourth of the US’ charitable assets.

The ruling, she argued, “marks reporting and disclosure requirements with a bull’s-eye. Regulated entities who wish to avoid their obligations can do so by vaguely waving toward First Amendment ‘privacy concerns.’”

“Neither precedent nor common sense supports such a result.”

The policy, put in place and first enforced by Vice President Kamala Harris in her capacity as California’s attorney general, sparked considerable political debate about campaign finance and the potential need for reform.

As the case made its way up the court system, a debate emerged about whether such a ruling could lead to the increase of dark money, or funds from anonymous sources, in US politics.