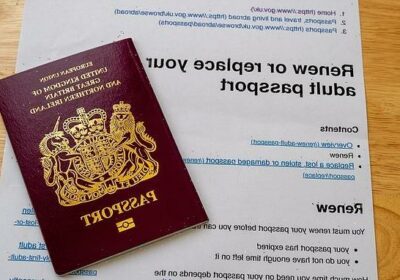 Now the Passport Office backlog hits 500,000: Summer of chaos looms for British travellers as staff complain their systems are ‘not fit for purpose’ and can’t deal with a mounting list of applications

Passport Office staff have privately complained their systems are not ‘fit for purpose’ as the beleaguered Government agency battles a backlog of half a million applications.

Thousands of summer holidays could be cancelled over the delays, with workers warning the current crisis is just the ‘beginning of a very lengthy scenario’, according to a cache of 263 internal messages obtained by The Times.

Staff have hit out at their ‘creaking’ IT systems and accused Teleperformance – which handles the passport advice line – of giving customers ‘poor, misleading advice’ and exacerbating public anger. Experts have warned that passport delays could cost Britons up to £1 billion in cancelled holidays over the summer, with only half of all applications estimated to be processed on time.

Dr Rachael Huggins, a GP based in Lancashire, said she and her paramedic husband could be forced to cancel a £2,000 trip to Spain with their children next week because the Passport Office appears to have lost her son’s document. 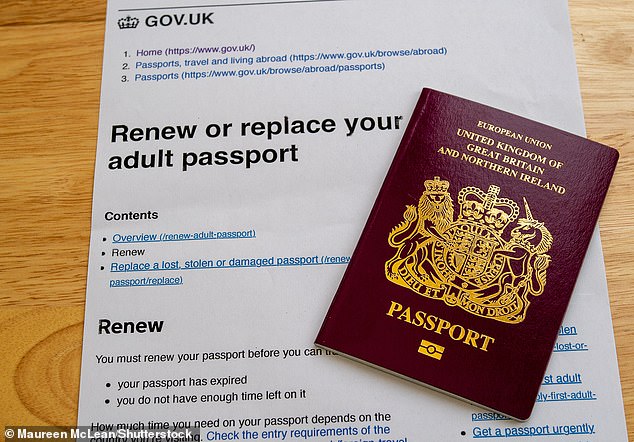 Passport Office staff battles a backlog of half a million applications (Stock image) Following a surge in passport applications after the lifting of Covid-19 restrictions, people are reported to be having to wait up to 10 weeks to get their UK passports renewed

‘They will call me hopefully 24-48 hours before our flight, but can you imagine my husband answering in the middle of cardiac arrest?’

Sian Jordan, 45, from Thatcham, Berkshire, lost her £600 holiday deposit last Friday because her son’s passport had not arrived — despite applying for it in February.

She told The Mail on Sunday: ‘I do feel for them because they must be under so much pressure but they can’t keep fobbing people off. It’s scandalous.’

Boris Johnson last month vowed to ‘privatise the a***’ out of the Passport Office if officials fail to stem the number of applications breaching the ten-week turnaround target. But workers lashed out at the Prime Minister’s remarks, with one reportedly saying they are ‘not sitting around drinking coffee and nibbling on cheese as Boris suggests’.

A Passport Office spokesperson said 250,000 passport applications were completed each week and the ‘overwhelming majority’ were turned around within ten weeks.

It emerged on Friday that the DVLA, another Government agency beset by backlogs, paid nearly £2.2 million in ‘performance payments’ to staff.

The backlog in licence applications peaked at 1.6 million last year and has since been cut to about 800,000 after more staff were drafted in.