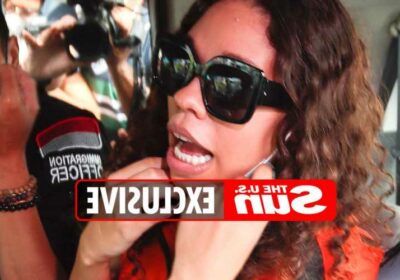 'SUITCASE killer' Heather Mack brawled with a death row gran while holed up in a notorious Bali prison and boasted about killing her mom, a former inmate has claimed.

The 25-year-old was released on Friday after serving seven years for assisting her boyfriend Tommy Schaefer to kill her mother Sheila von Wiese Mack, a wealthy Chicago socialite. 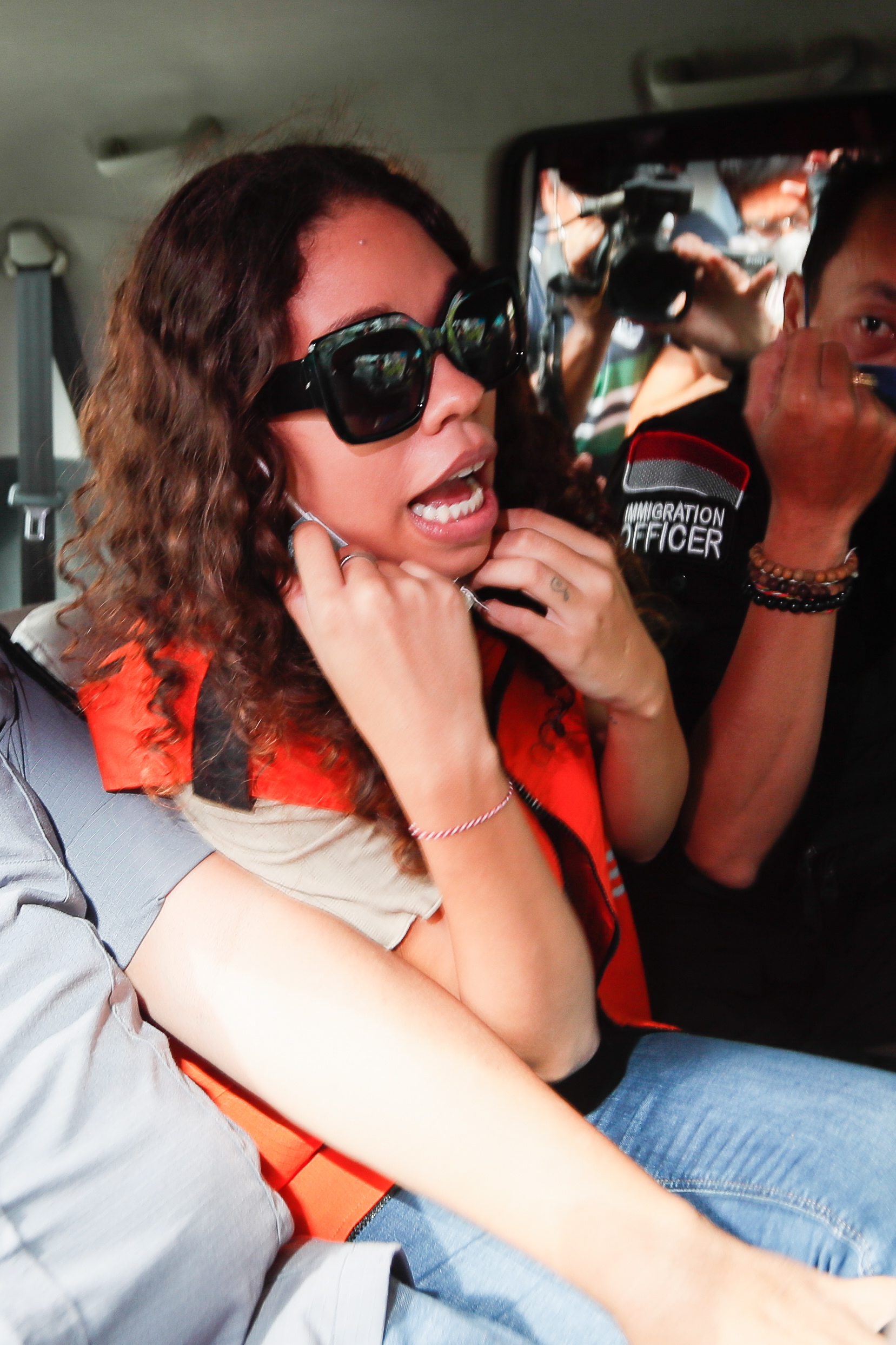 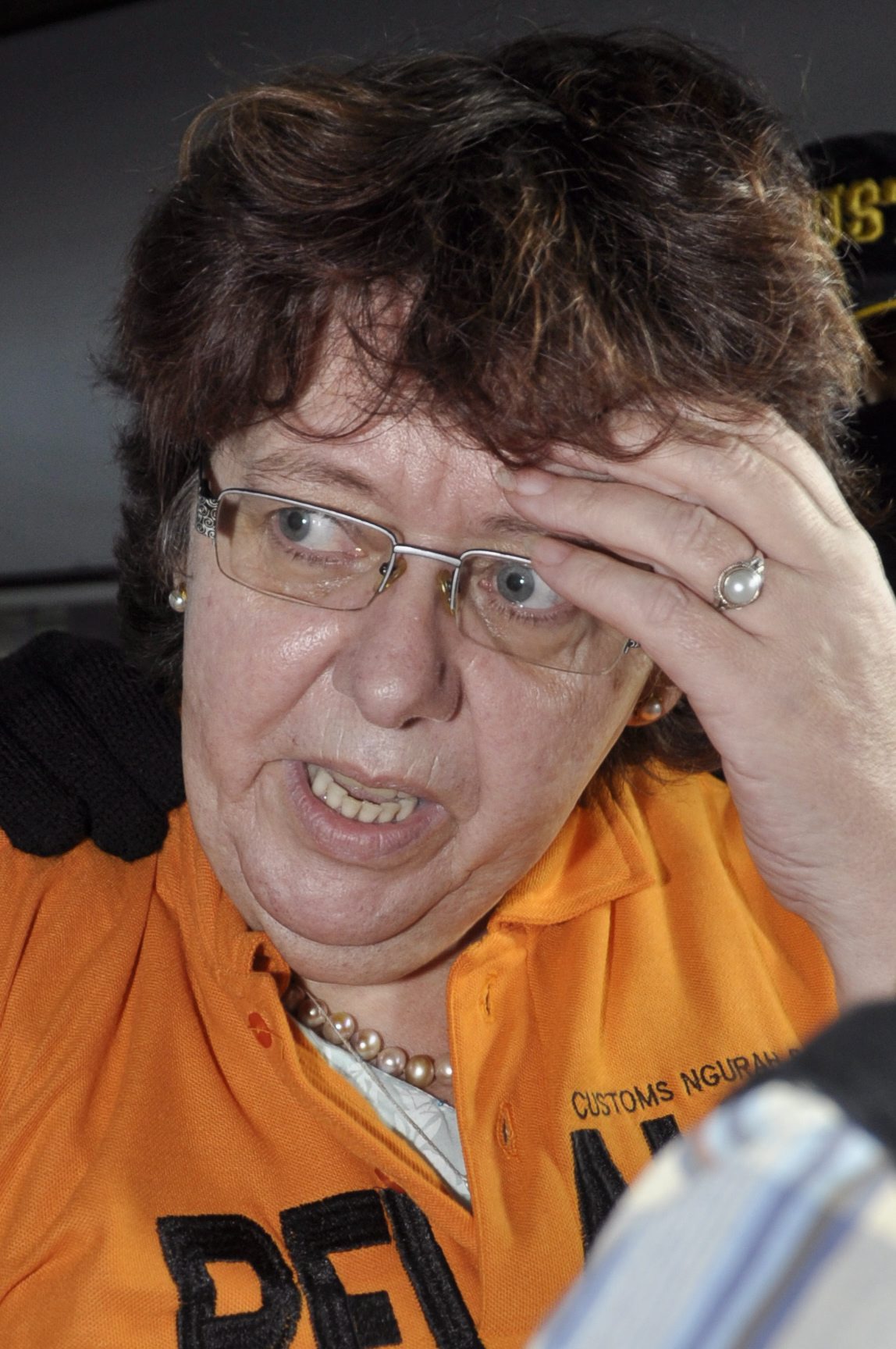 Mack was handed a 10-year sentence for helping plan the 2014 murder and during their sensational trial a year later gave birth to daughter Stella.

An insider has exclusively told The Sun Mack basked in being the most famous criminal on the prison block, telling inmates: "I'm Heather Mack, the one who killed my mom."

The year before she arrived at Kerobokan prison in 2014, Lindsay Sandiford, 65, was sentenced to death by firing squad after being caught with 10lb of cocaine on a flight from Bangkok to Bali.

There was worldwide sympathy for the mother-of-two and grandmother, from Redcar, north east England, whose legal team claimed she'd been pressured into the crime by a drugs gang and suffered mental health problems.

While Mack has been pictured partying and enjoying supposed lesbian romps, Sandiford has kept a low-profile, preferring to knit clothes for charity in her cell.

Despite the pair appearing to be chalk and cheese, Mack claimed in a 2019 interview that Sandiford had "maternal feelings for her", but she had become "difficult" to talk to.

She said: "I am friends with Lindsay but she has been difficult to speak to recently. She spends all day pretty much alone in her cell and doesn’t mix so much with the other prisoners.

"She snaps at me for no reason but I still make an effort with her."

Now, an ex-inmate says that the animosity between them spilled over on more than one occasion.

"Heather and Lindsay hate each other, they would smash things against each other. They're not friends," the source told The Sun.

"She tells me every time I speak to her that she hates Lindsay because she's a bitch.

"They would hit each other with whatever is in front of them like a book or a pillow. Although they haven't shared the same cell, in the daytime you can visit inmates in other cells, and Heather had friends in Lindsay's – and then suddenly Lindsay would get mad.

"That had happened at least once when I was there, but then I was told a lot of crazy stories after I left about those two."

The insider claims that Sandiford isn't as popular inside the prison as those on the outside are led to believe.

"Lindsay's not the grandmother that she likes to be portrayed – the victim. When I first met her, she was sitting in front of her cell and she she looked threatening," says the source.

"If anyone walks past her, she would just give them that scary look. If you ask anybody that knows her, they would say the same thing.

Mack's lawyer, Yulius Benyamin Seran, told The Sun: "I have been Heather's Lawyer since 2017 and I never hear from my client that she was fighting with Lindsay or other prisoners.

"What I know for sure are the facts – Heather has good behaviour during [her time] in the jail and every time I visited her. All the woman prisoners [have] a very close friendship with her."

Her trial heard how the killing was carried out in the luxury in a room at Bali's five-star St. Regis resort – before her and her boyfriend stuffed her mom's body into a suitcase which they loaded into a cab before fleeing the scene.

'THEY HATE EACH OTHER'

Mack, who was only 18 and pregnant at the time, was caught after the driver alerted police and the couple were arrested a day after the killing at a budget hotel a few miles away.

Cops said the hotel's CCTV showed they had argued with von Wiese-Mack in the lobby shortly before the murder, which is alleged to have taken place inside one of the rooms.

Meanwhile, The Sun's source says there was very little partying in prison for Mack, but inmates allegedly drank and paid guards to buy them fast food from the outside.

"It's like a lot of prisons around the world, you can get drunk, have cigarettes and takeaways [fast food]," they said.

"We can order whatever food we want. But I can't say it's a party place.

"Heather doesn't do drugs. We'd just, once in a while, get some beers, maybe Hennessy, and have lots of cigarettes.

"Every morning, we'd be awake for roll call at 7am, then go back to bed until 12.

"Then we would meet in the backyard, have a cigarette, listen to music, and maybe once in a while order some beer.

"It's not that strict, so people would think it's every day partying, but it's not like that at all. It's boring."

The source continued: "I asked her, once or twice, if she felt sorry for what she did and she would say: 'Yeah, of course, I wish I’d never done it.'

"But then sometimes she made fun of what she did, so I don't know if she really had any remorse. Some days, she'd be saying: 'I'm Heather Mack, the one who killed my mom.'

"She really was in her element being the most famous prisoner.

"Any normal person would feel like cr**, of course, for what they'd done. It's not normal. It's completely crazy.

"She's just very young. I think that's the only reason she would be bragging about killing somebody."

Mack, an only child, previously opened up about how her younger years were perfect, until her father, celebrated jazz composer James L Mack, died when she was 10 and left her alone with her mother.

In an extended face-to-face interview in 2019, she said: "My mother was super abusive because she was an alcoholic and a drug addict. I still have these.

"These are from when she stabbed me with her nails, this one was a cigarette burn.

"One time she even set my hair on fire. It may have looked like I was rebelling when I was a teenager because I was hanging out with gang members and missing school. But it wasn’t like that.

"My mother would drink heavily at night and once she was drunk she'd start fighting with me because I'd hide her car keys to stop her going for a drive to the store to get more booze."

She will immediately be deported to the US, where she grew up in a $1.5million Italian Renaissance-style home in Chicago. 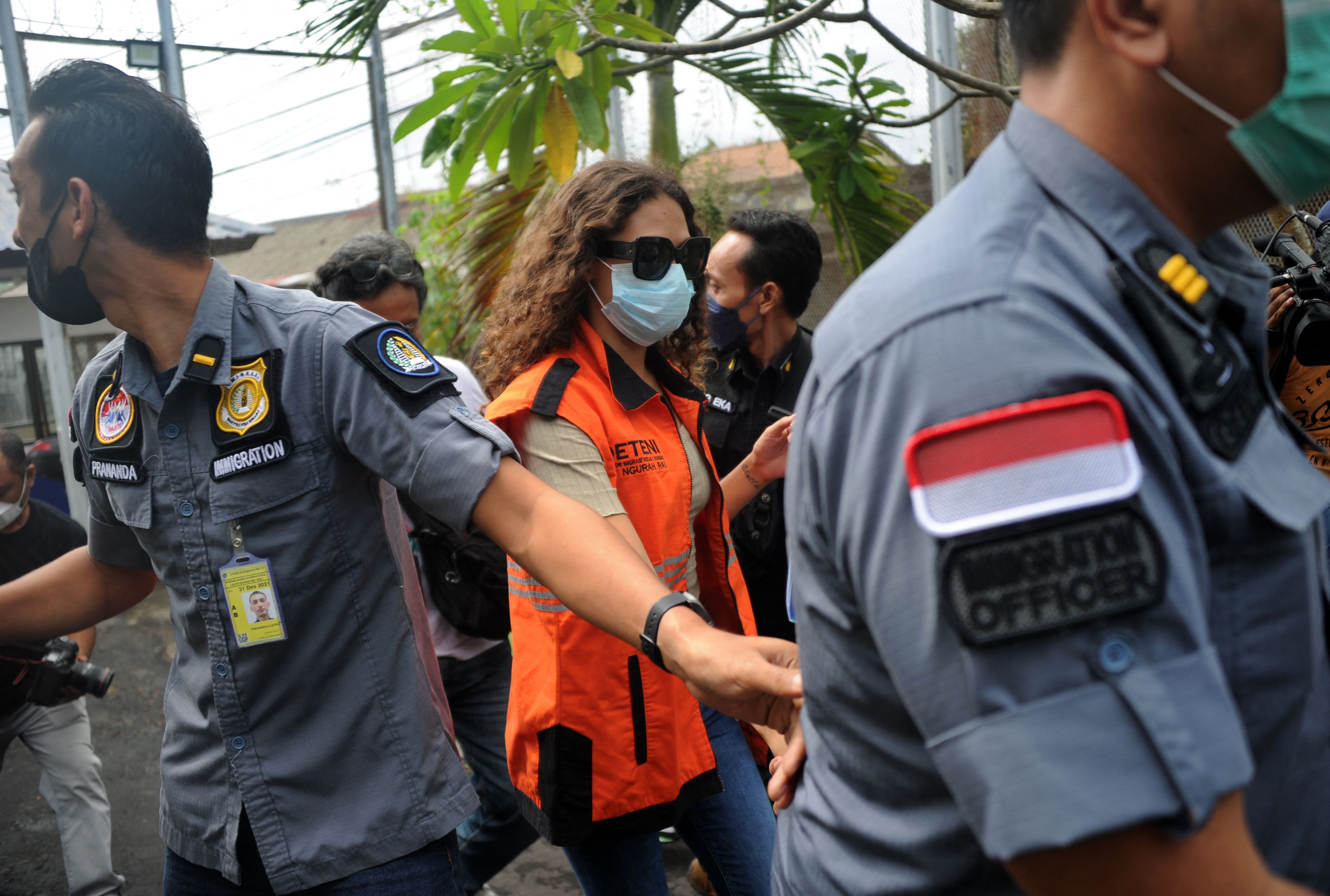 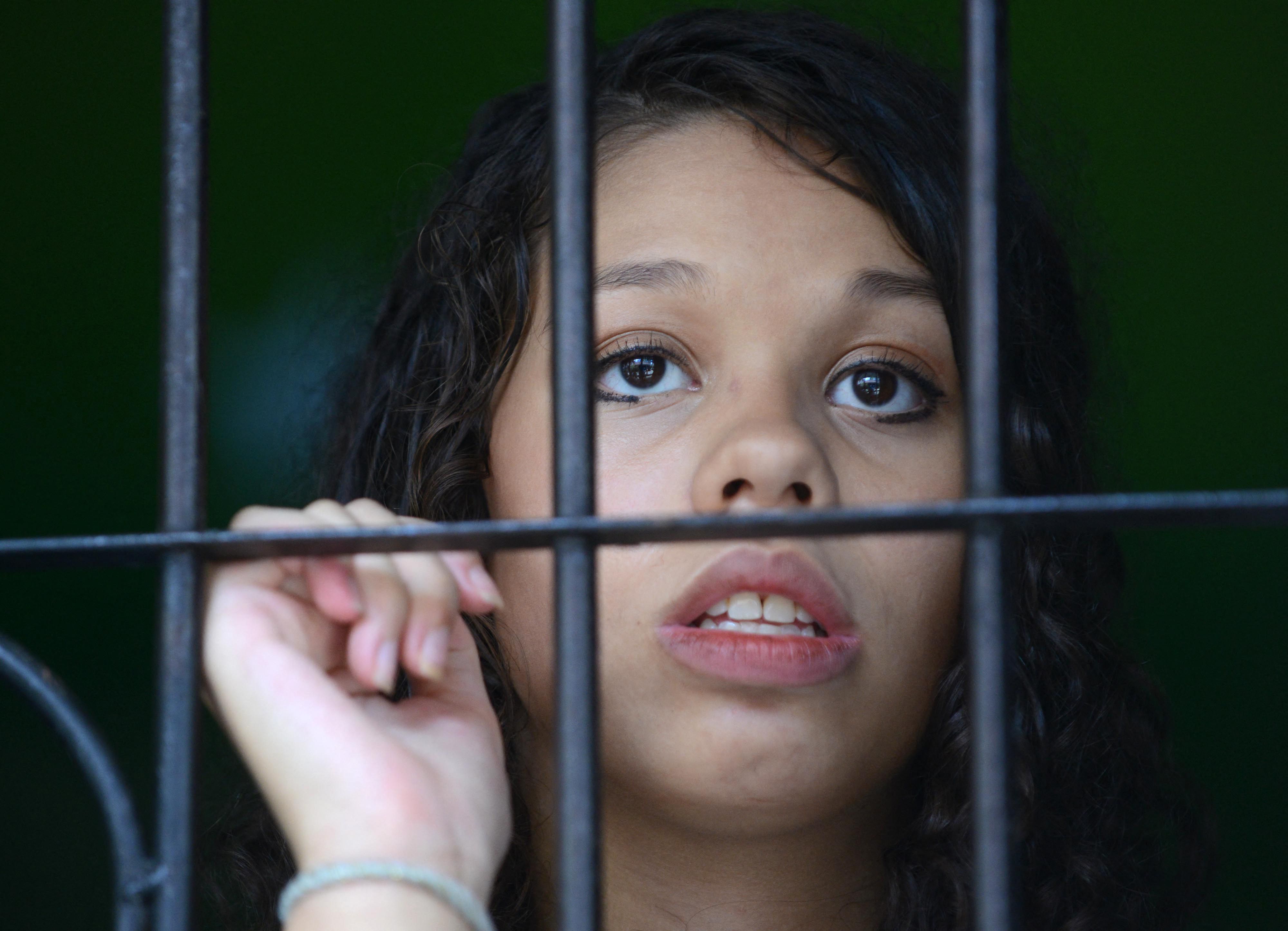