In fact, to do so is hateful, inaccurate — and ill informed. There, I’ve said it. This week, Mel B was criticised for handing in a petition on behalf of Women’s Aid; for wearing a designer dress to go to Downing Street; and for talking to the Prime Minister’s team about how the Government could be doing more to help women who are trapped in abusive relationships and cannot afford to leave.

The main complaint seems to be that Mel B, with her successful career, her earning power and her glamorous good looks doesn’t have enough in common with “ordinary” women who are perceived as poor and abused.

Another criticism was that she has “hitched herself” to the cause of Sally Challen, who was jailed in 2011 for murdering her husband, Richard. Mel B has also been accused of being a “fraud” for portraying herself as a proponent of girl power and as being strong and tough — until it suited her not to.

But anyone criticising Mel B for being brave enough to speak up about the abuse she says she suffered at the hands of her ex-husband, Stephen Belafonte, is misguided.

In fact, for Mel B — who has so much more to lose than someone not in the public eye — to use her platform to help other women who don’t have the same advantages is nothing but admirable.

At the Women’s Aid Skylon Charity Gala Dinner in London on Wednesday, she pledged her support to their campaign to help women who have been financially trapped in abusive relationships.

The survivors at that event were so delighted to meet Mel.

I think it’s fair to say they took great solace to hear that, although the circumstances of their daily lives may differ, their stories and experiences of abuse were remarkably similar.

Because this is the reality of abuse: it matters not a jot how much money you have got and how privileged it looks like your life is.

There is no such thing as a “typical” victim of abuse. 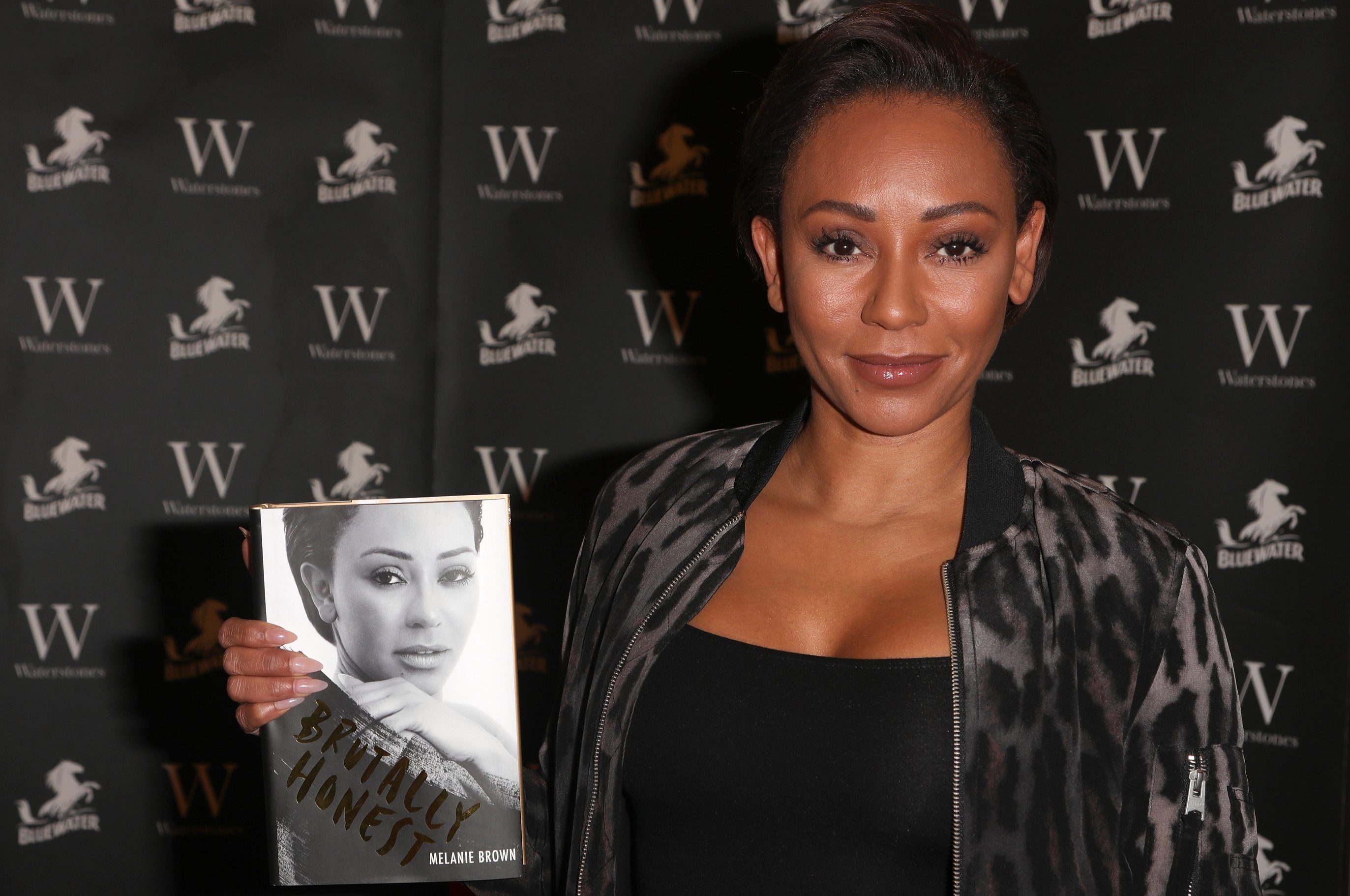 And being privileged and rich does not protect you from the risk of domestic violence.

Mel B is proof of the fact that it really can happen to anyone. She is an international star who has made plenty of her own money. And for years we saw her as the ultimate independent woman.

But now we know that she was hiding in the toilet crying during filming of The X Factor and that her husband took control of all her money because that was his way of controlling her.

She felt so hopeless she took an overdose. And by the time she ran away she realised she didn’t have a penny to her name.

She should be applauded for being brave enough to share her story in a bid to raise awareness and help other women.

She doesn’t conform to the stereotype of victims of domestic abuse because there IS no stereotype!

Suggesting that Mel B is not the “right” kind of victim to raise awareness, or criticising her for being too rich, or too glamorous, or sexually voracious to fit the stereotype, is actually another way

of blaming the victim — instead of the perpetrator.

Oh, and by the way, that designer dress she wore to Downing Street?

She gave it Women’s Aid to auction and raise money for their campaign.

GOODNESS me, jealousy is a terrible thing, isn’t it? I’m talking about the outpouring of fury that seems to have been generated about 21-year-old Kylie Jenner being declared “the youngest ever self-made billionaire” by Forbes magazine. 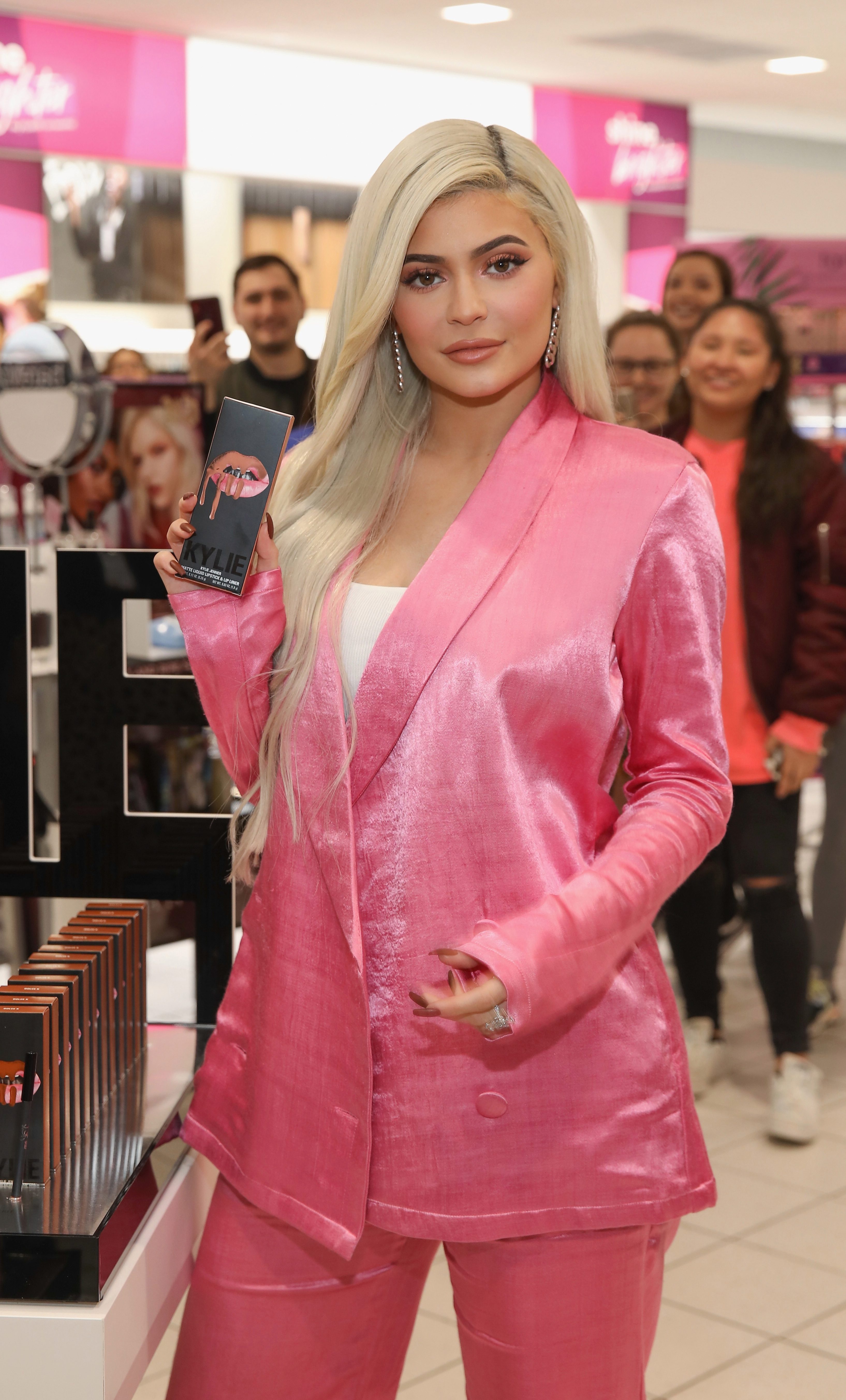 Funnily enough, the anger seems not to be so much about the billionaire bit, but more about the label that she is “self-made”.

To be clear, the reason Kylie, left, is a billionaire is because of the success of her Kylie Cosmetics make-up and beauty product empire.

She hasn’t made her fortune by leaking a sex tape. Nor has she made it by flaunting her scantily clad body.

Although, really, had she become rich by doing either of those things surely that is her business, it no longer being the 1950s.

But, in fact, she has had the entrepreneurial spirit to create, run and sustain a phenomenally successful cosmetics company.

At an age when many young people are still “finding themselves”, she has made a career for herself by building her brand, paying tax and employing people.

In an attempt to discredit her, some people point to the fact that most of Jenner’s cosmetic sales come from her promoting them on her own social media platforms. But what has her sales method got to do with anything?

Sure, she is capitalising on her brand. And that, surely, just makes good business sense. Sure, she happens to have a famous sister, but that’s not her fault.

In fact, others might have responded to a sister as famous as Kim by cowering in her shadow plagued by hateful jealousy (look at Meghan Markle’s sister for example).

Why do people find it so hard to give Kylie credit where it is due? 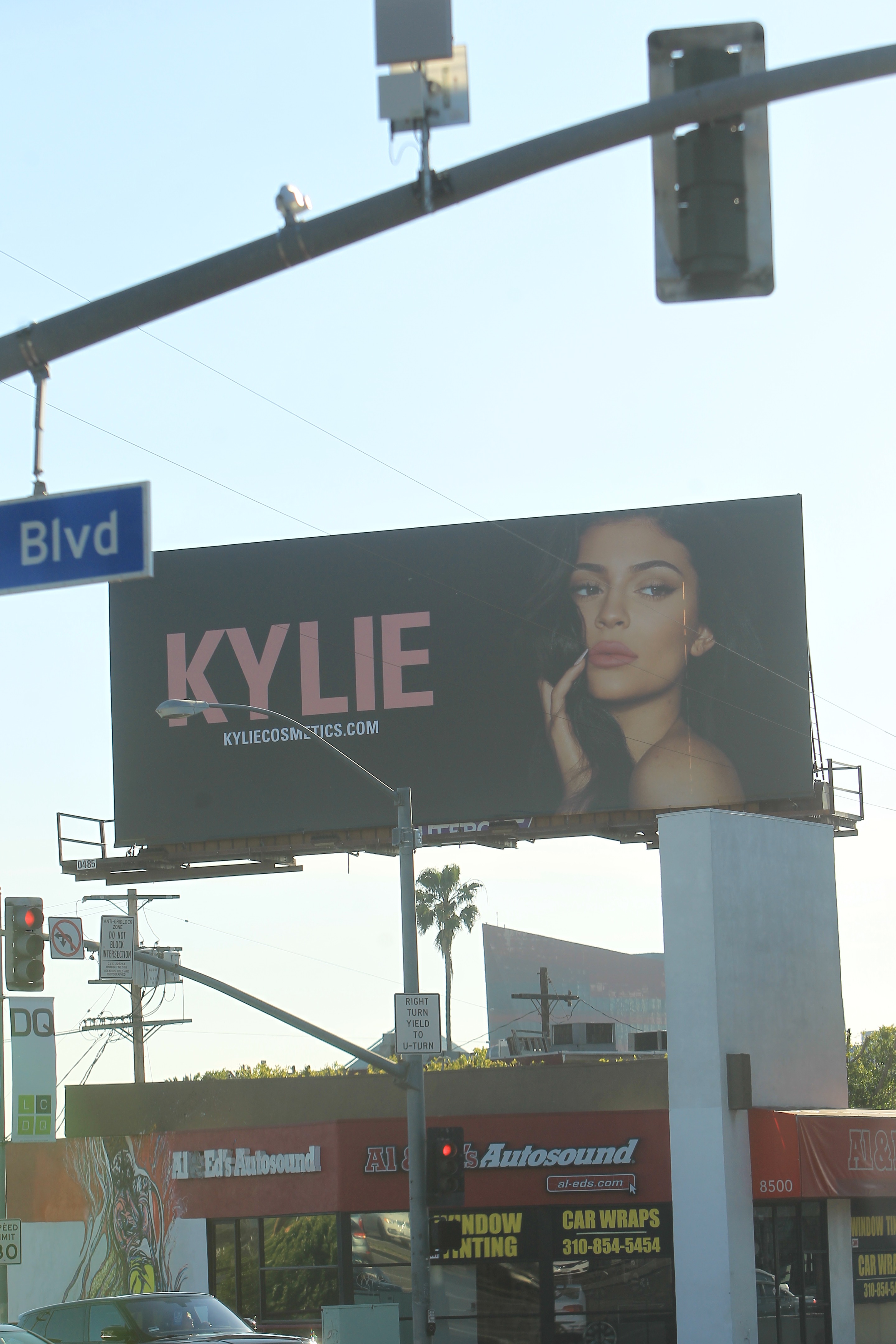 In my experience, rich kids can be lazy . . . which makes it even more impressive that she’s built an empire.

Still, she has been criticised for trading on her sister’s fame and has been accused of not having a talent “for anything other than being Kylie Jenner”.

Except she’s clearly got a flair for business what with running a £1billion company, don’t you think?

And, by the way, what were those that criticise doing themselves at 21?

It’s fair to say most of us weren’t running a billion dollar company.

I actually can’t believe people are knocking her. We should be celebrating her.

Sure, she does not confirm to expectations of business people – but as International Women’s Week draws to a close, isn’t it great to be reminding people that successful women come in all shapes, sizes, ages and backgrounds?

Oh, and whatever you think about Kylie Jenner, let’s face it, she has at least a billion reasons not to give two hoots what anyone else thinks.

DID anyone else see the footage of the newly-wed husband in Central Asia who violently slapped his new wife for pretending to take his wedding cake away?


If this happens at the wedding (the best day of your life) in full view of all the other guests, then I think that counts as a bit of a warning sign, doesn’t it?


By which I mean a reason, surely, to annul the presumably as yet unconsummated marriage? And RUN A MILE.

AFTER endless terrifying and depressing stories about stabbings, hate crimes and “bloodbath Britain”, wasn’t it heart-warming to read about the thousands of people queuing up to see if their stem cells match those of a poorly five-year-old’s? 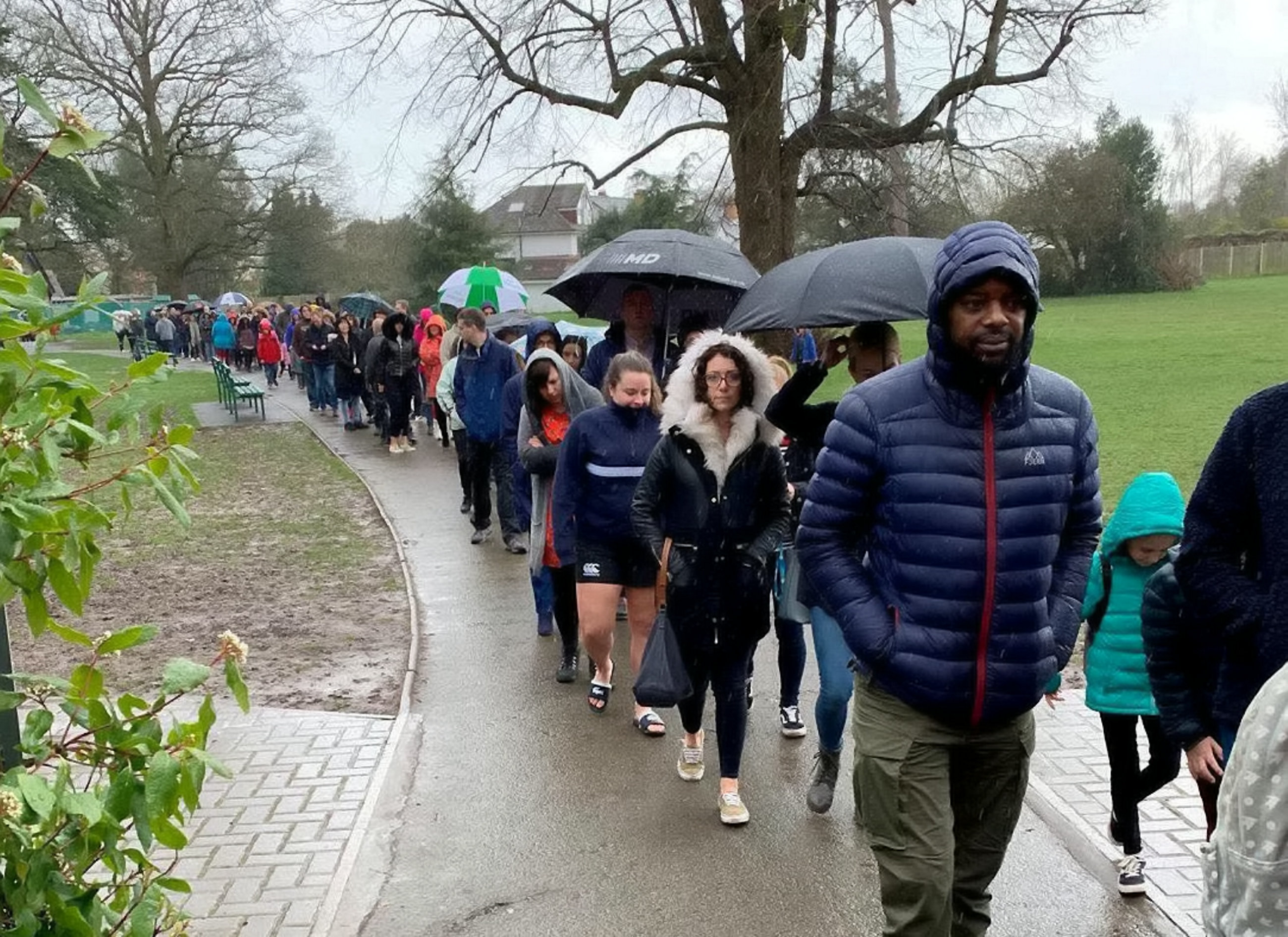 Oscar Saxelby-Lee, from Worcester, inspired 4,855 people to go to a testing drive last weekend to see if they were a match after doctors said there was just three months to find a blood cell donor to treat his lymphoblastic leukaemia.

It’s enough to restore your faith in humanity.

It’s also a good reminder of why we need to build up the specialist donor database so people can be contacted if they can help someone – without having to queue.

THIS week Nicole Kidman’s husband Keith Urban described her as a “maniac” in bed. 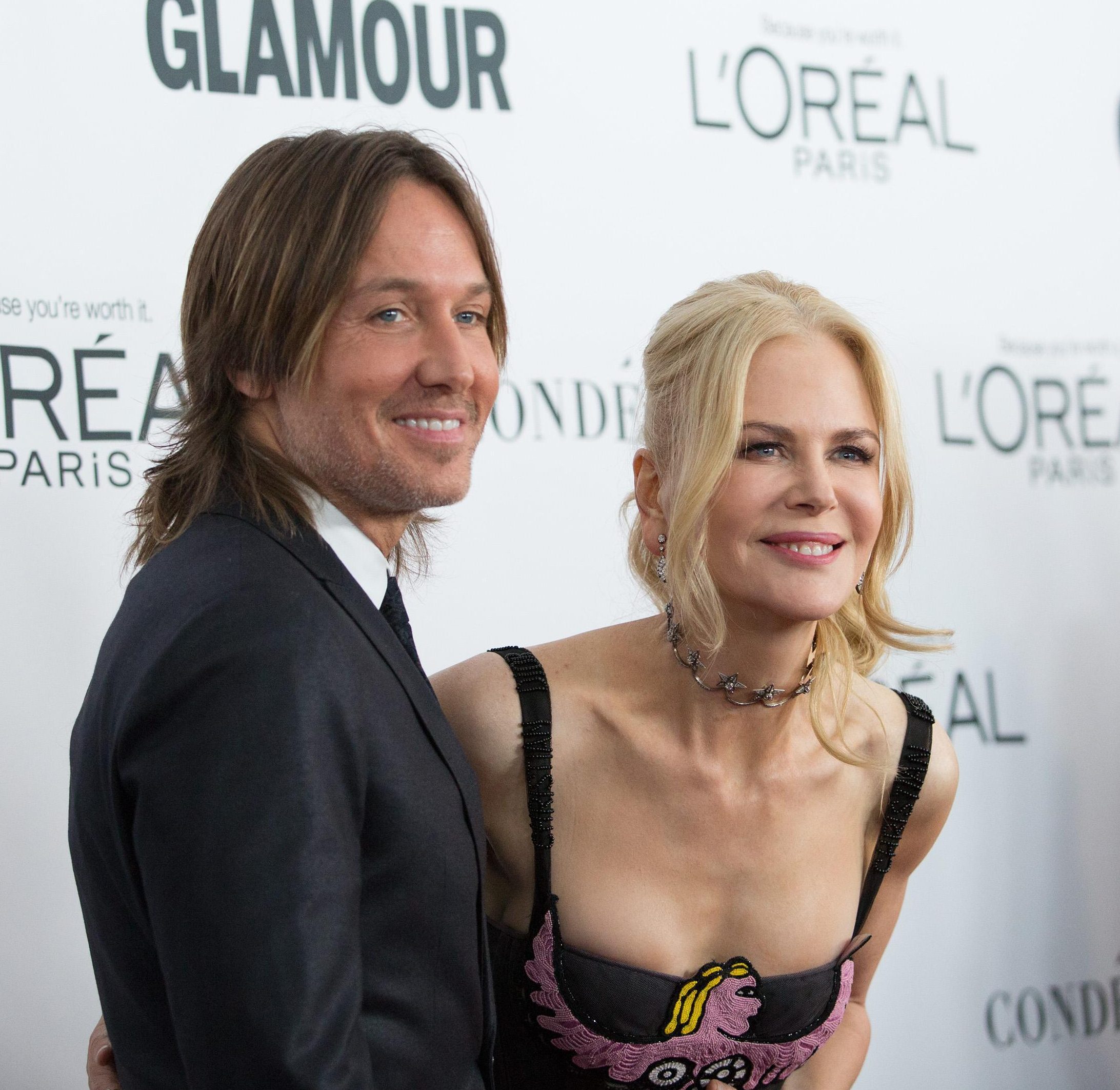 She has previously admitted she loves experimenting with “strange sexual fetish stuff”.

I’m left wondering why they feel compelled to share this information with anyone . . . is nothing personal any more?

I’m equally baffled as neither of them give off any kind of sexual vibe?

So sex fetish and sex maniac are not words I would attribute to either of them . . . but hey, who cares.

I couldn’t give a hoot what goes on in their bedroom, except to say that I, too, would be a maniac in bed if I didn’t have such a headache every night.

DID you hear the one about the bumbling stalker who snatched his ex’s dog after she dumped him and then sent her blackmail photos of it in his own front room . . .  which she recognised?


What a wally. Just goes to show you cannot fix stupid.


Something tells me that he won’t be making the same mistake again.

MARY BERRY vowing in an interview to try new things, as she turns 84 this month, is a real inspiration. 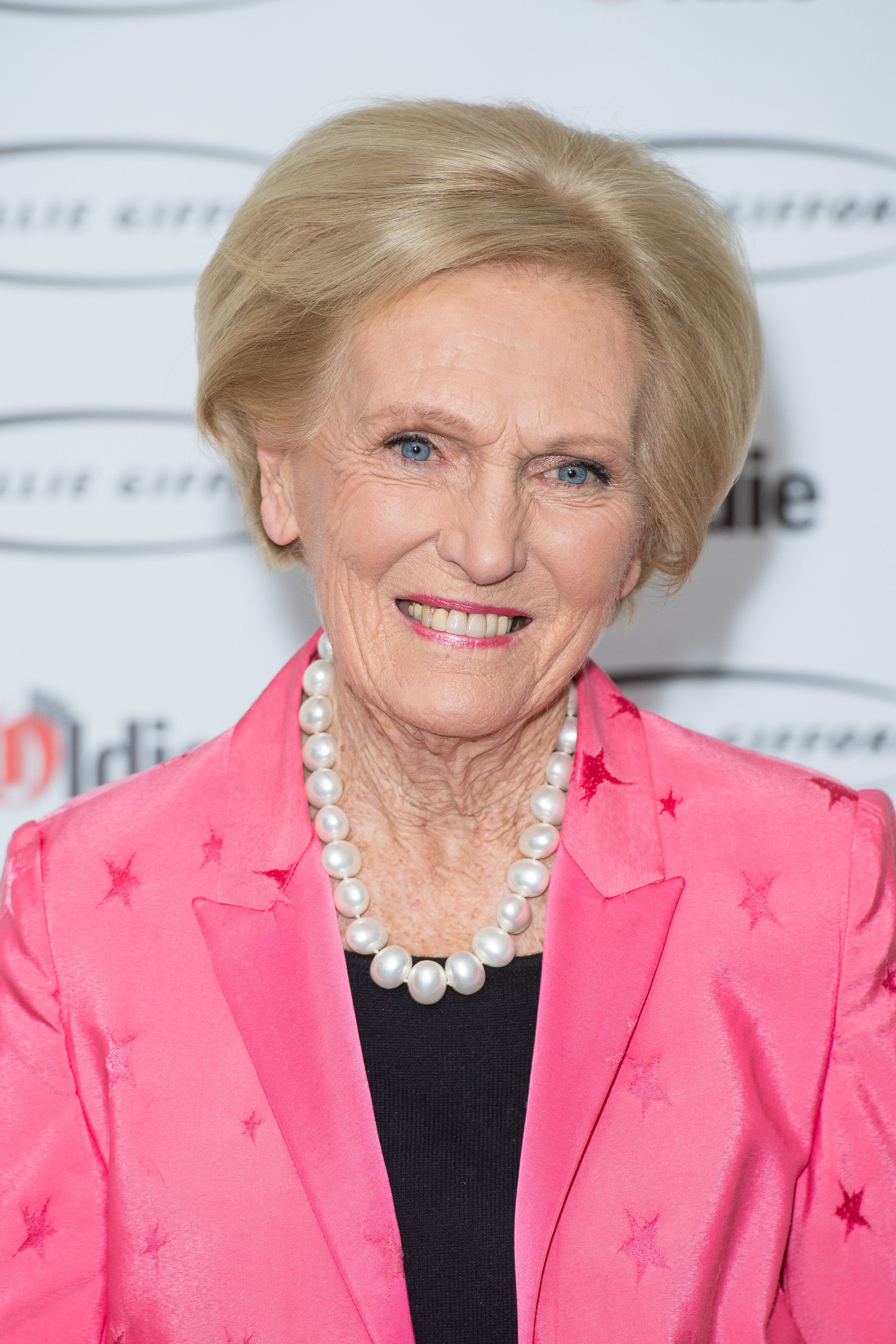 I have always believed in life-long learning – which is why I learned sign language and went on an advanced first-aid course, among other things.

But if I have half her energy at 84 I will be very happy indeed.

The other thing is, having met her I can attest that she is a genuinely really nice lady, and a fantastic role model.

We should all hope we have her positive approach to life at the same age.