Subway commuter gets wedged between the safety screen and the train A Chinese commuter has survived unhurt after being trapped between a subway train and the safety screen on the platform in Shanghai.

The passenger was wedged in the tight gap in front of horrified passengers after he allegedly failed to squeeze through the train’s closing doors, according to the local authorities.

He was rescued by a staff member who rushed to stop the train from moving and helped the man get inside the carriage. 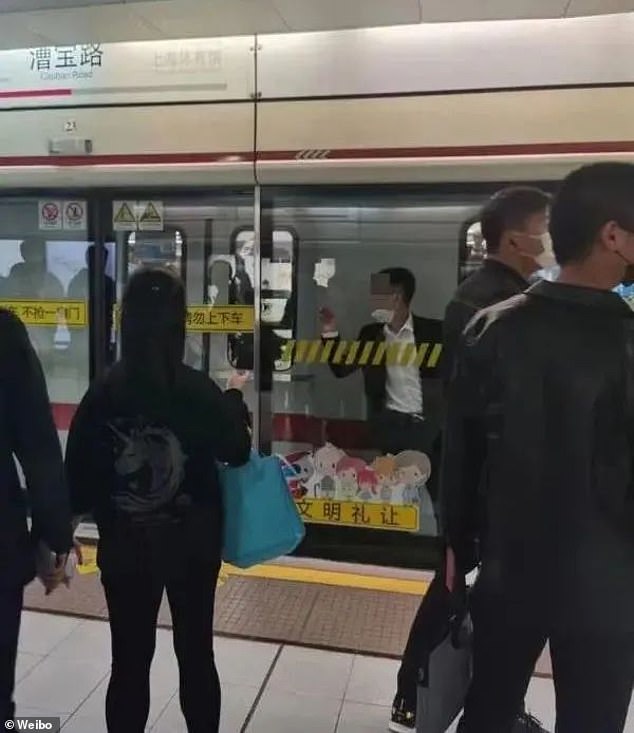 The passenger (pictured) is believed to have been wedged in the tight gap after he failed to squeeze through the closing doors at a station in Shanghai, according to the local authorities

The incident occurred during the rush hour on Monday evening at a subway station in Shanghai.

The man is said to have gotten stuck after trying to force his way through the closing doors while the train was preparing to leave, according to a notice from Shanghai Metro.

A picture widely shared on Chinese social media shows the stuck commuter clinging onto the safety screen on the platform while other passengers watched in shock. 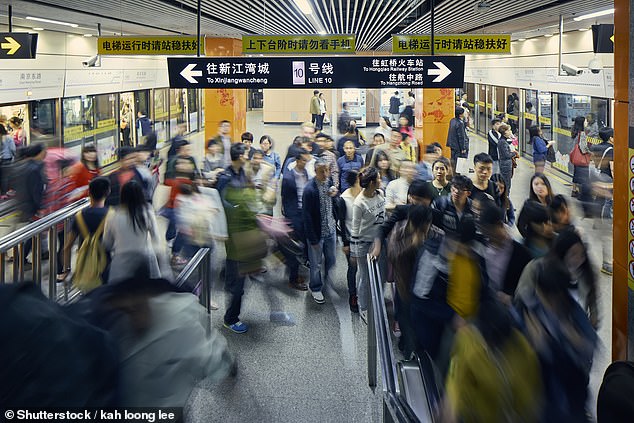 The incident occurred during the rush hour on Monday evening in Shanghai, according to an official statement. In this file photo, people are seen rushing into a subway station in Shanghai

After spotting the man, a station officer is seen rushing to stop the train from moving by pressing an emergency button on the platform.

A safety mechanism on the screen doors was also triggered after the passenger became trapped, the officials said.

The man was rescued and escorted into the carriage by staff and other passengers after the train operator opened both doors.

He did not suffer any injuries, according to the official statement. The train resumed its services three minutes after the incident.