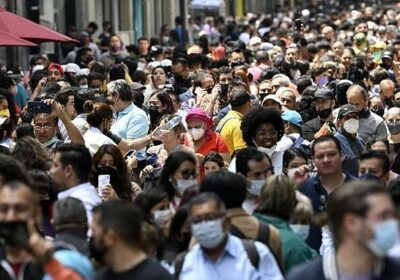 A magnitude 7.5 earthquake shook Mexico’s central Pacific coast on Monday, setting off an earthquake and tsunami alarm in the capital.

Buildings swayed and workers were evacuated in downtown Mexico City – just moments after people gathered to commemorate the anniversary of two other deadly quakes.

The murmurs come exactly five years to the day after a deadly tremor killed 370 people in the same region.

There were no immediate reports of damage from the quake that hit at 1.05pm local time, according to the U.S. Geologic Survey. 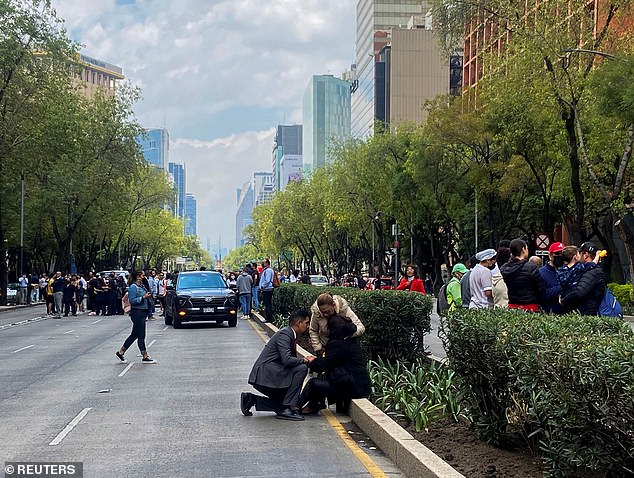 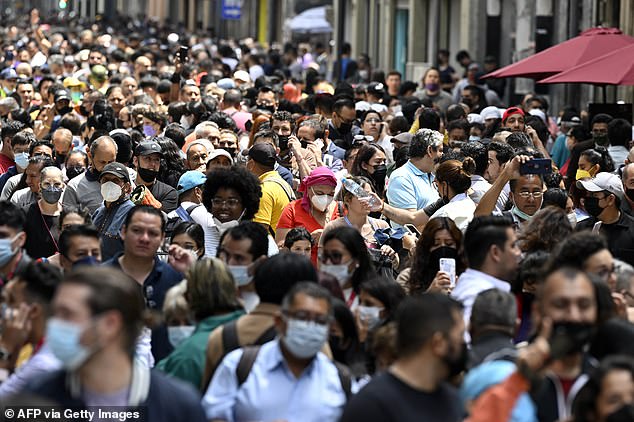 People rush on to the street after an earthquake in Mexico City on September 19, 2022 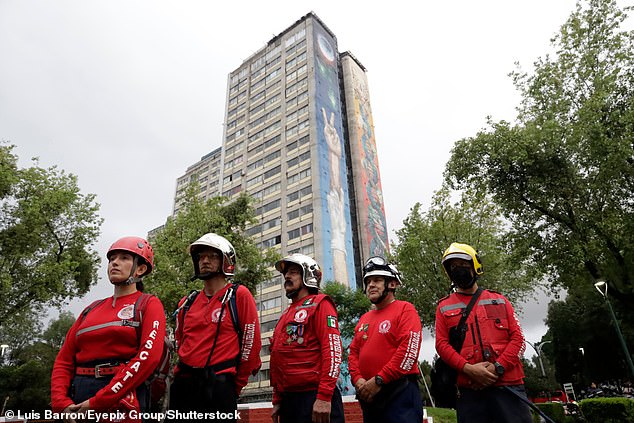 Rescuers, known as ‘moles,’ attend the solar clock in the Tlatelolco housing unit for the mass in memory of those who died in the 1985 and 2017 earthquakes in Mexico

An hour before the 7.5 earthquake today, quake alarms rung out in a nationwide simulation – marking major quakes that struck on the same date in 1985 and 2017.

Today’s earthquake struck 29 miles south-southeast of La Placita de Morelos in the state of Michoacan and was at a depth of 6.2 miles, USGS said.

National Oceanic and Atmospheric Administration confirmed that there is currently a tsunami threat for the coast of Mexico.

Horrific footage recorded by people caught up in the quake showed fans on ceilings rocking in the tremors as closet doors slammed open and shut.

Clips revealed traffic signals and signposts swaying in the middle of the streets, while tower blocks shuddered just after 1pm local time.

Michoacan’s Public Security department said there were no immediate reports of significant damage in that state beyond some cracks in buildings in the town of Coalcoman. 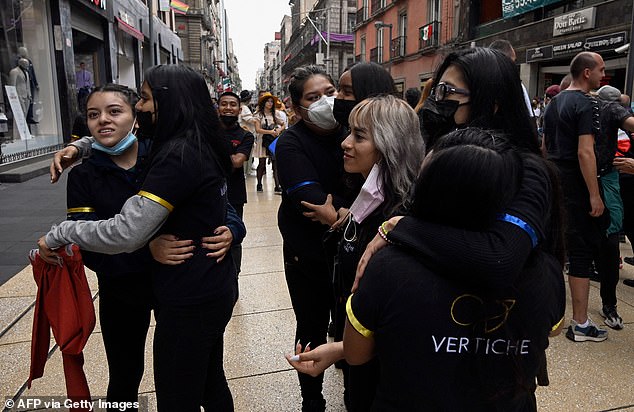 Women comfort each other after an earthquake in Mexico City on September 19, 2022 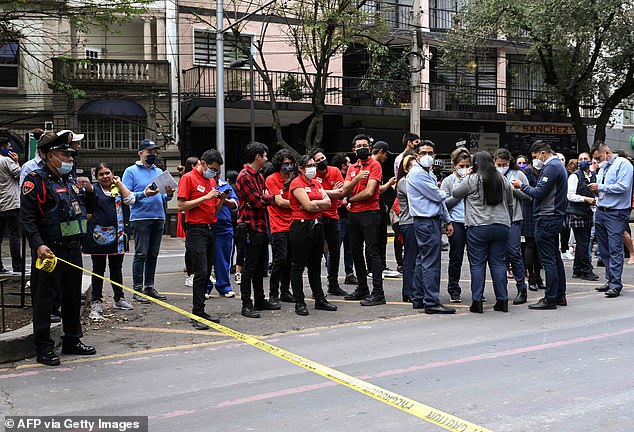 Mexico City Mayor Claudia Sheinbaum also tweeted that there were no reports of damage in the capital.

This comes after Hurricane Fiona made landfall on Puerto Rico on Sunday, wiping out power and plunging the island into darkness.

The U.S. territory was hit with life-threatening flash floods and mudslides as it was announced yesterday that the storm strengthened into hurricane status.

The deadly weather front, which has already been blamed for one death, was about 50 miles south of the city of Ponce with maximum sustained winds near 80 miles per hour, clearing the threshold for hurricane strength, the NHC said.

Torrential rains and mudslides were also forecast for the Dominican Republic as the storm progresses northwestward.