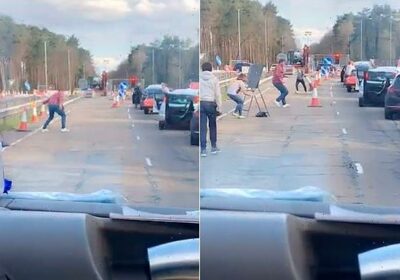 This is the heart-warming moment strangers jump out of their cars to clear cones from the road so an ambulance can get past whilst on an emergency call.

Paramedics inside the emergency vehicle filmed the kind act after they became stuck behind a large number of roadwork cones on their way to a 999 call.

Cones and road signs, which were blocking a lane of a dual carriageway in Bracknell, Berkshire, were quickly moved to the side of the road after motorists realised the urgency.

‘Doesn’t that restore your faith in humanity? Well done those people.’

In the video six people whose cars are parked in stationary traffic behind a temporary traffic light can be seen calmly but quickly getting out of their cars to move the cones and may signs indicating roadworks ahead.

Within just 15 seconds the obstacles are cleared and the ambulance is able to drive on and continue the lifesaving work of the paramedics inside.

Social media users were touched by the power of community spirit seen in the video. 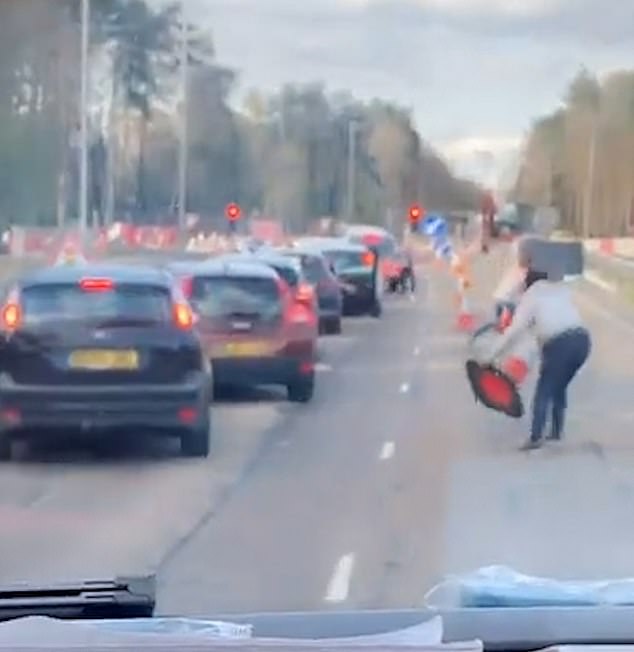 Cones and road signs, which were blocking a lane of a dual carriageway in Bracknell, Berkshire, were quickly moved to the side of the road after motorists realised the urgency 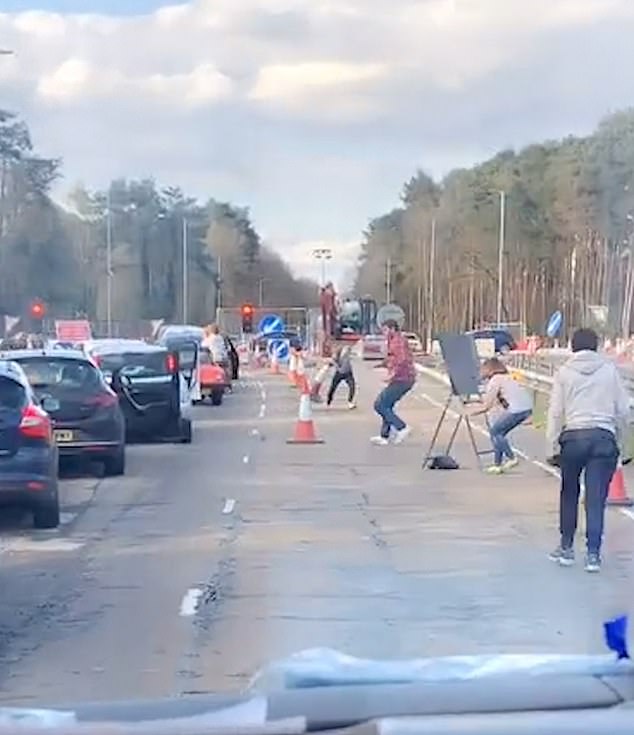 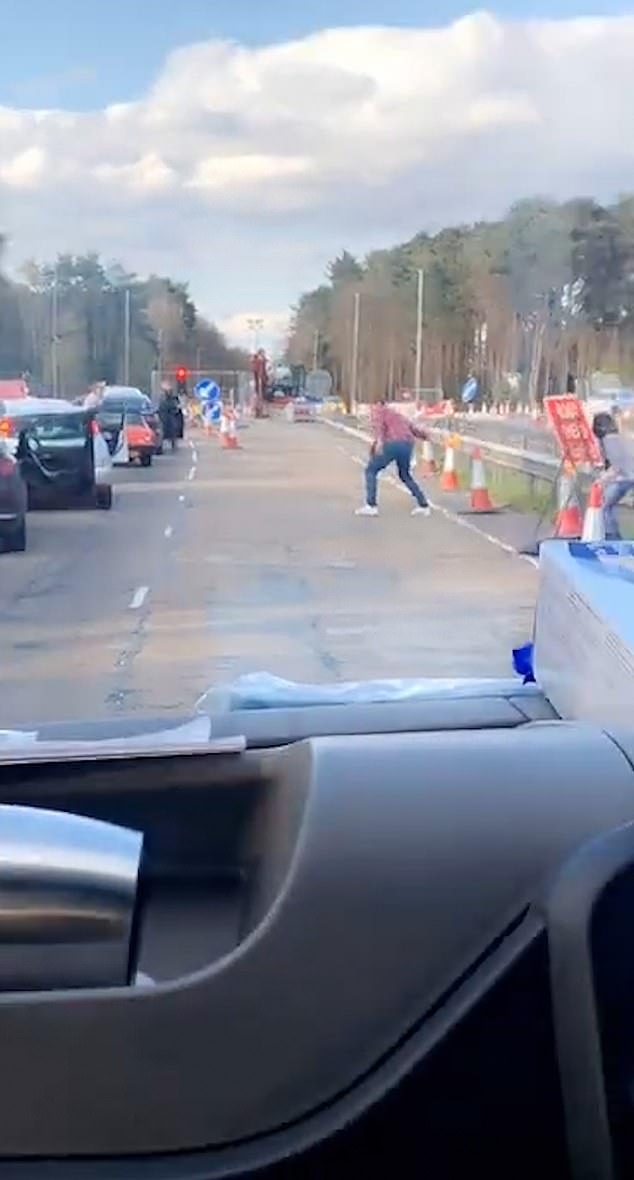 Lyn Lawson wrote: ‘How good to see so many being helpful and considerate. Restores one’s faith in human nature! Thank you Kia & your colleagues everywhere.’

While another social media user wrote: ‘Bracknell is a nightmare at the moment with roadworks but pretty much everyone is lovely here and will do anything they can to help!’

Liz Wilkinson wrote: ‘I’m not going to lie, I got quite emotional watching this.’

Georgina Lovejoy wrote: ‘I’m a fellow person in the green uniform family and the public are amazing at times helping us and often when you least expect it … thank you for posting.’

Claire Leeson added: ‘Incredible! Humanity comes through every time. I hope they put all the signs & bollards back when they had passed.’