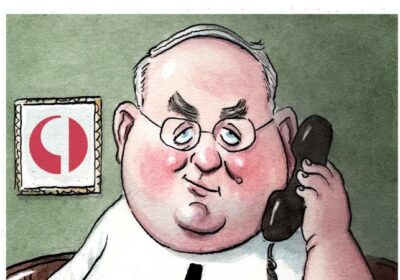 The occasion was a celebration of Leon Zwier’s 30-year partner anniversary at the firm. And the evening was made special by the fact that the irrepressible Mr Fix-It (who has notably acted for both good friend Bill Shorten and Tony Abbott) uncharacteristically deigned to share the limelight with some others. No doubt a decision the legal star (recruited by former senior partner turned developer and ABC board member Joe Gersh) later came to regret. Either way, he gave top marks for the party, describing the bash as “mega!” to CBD when asked on Thursday.

“We’re talking a collective 130 years of service to Arnold Bloch Leibler here, at least 125 of them billable,” senior partner Mark Leibler said in an address overflowing with sass about the firm’s unique culture.

“Yes, we have a few ego-maniacs around the partner table, people with strong views, whose practices have been carved out in their image. I’m clearly one of them.”

Leibler used the evening to bestow much deserved credit for ABL’s success to self-effacing managing partner Henry Lanzer. “It takes a very special, very rare person to manage a collection of opinionated, ambitious, ego-centric professionals as masterfully as Henry has.”

Victorian Treasurer Tim Pallas has stood strong in the face of fierce criticism this week over plans to plug a $12 billion budget deficit with more than $2.4 billion in land tax and stamp duty increases. Ahead of Thursday’s budget, Pallas defended the plan, saying he was simply asking homebuyers to “make a contribution to the wellbeing of the state”.

Predictably, other policymakers have taken a different stance. Prime Minister Scott Morrison fumed that the tax grab would put the brakes on the state’s economic recovery. Heck, even Labor’s federal treasury spokesman, Jim Chalmers, slyly took aim at the plan on Wednesday when he spoke in glowing terms about ACT Chief Minister Andrew Barr’s moves to do away with stamp duty.

But the strongest criticism came from Property Council of Australia heavyweights including CEO Ken Morrison and state executive director Danni Hunter who panned the taxes as “lazy, inefficient” and would make it harder to build more housing.

By Thursday, the criticism seemed to have hit the Victorian Government when it was doing the placings for its Budget lock-up. The Chamber of Commerce and Industry received four tickets, as did the Master Builders of Australia. But the Property Council was bluntly made aware its position in the pecking order had slipped.

It received just one berth for the event — enough to send a message that the government hasn’t appreciated the feedback.

The budget is the swansong for Treasurer Tim Pallas’s loyal aide-de-camp, chief of staff Sashi Balaraman, who has decided to head out the door after joining the office as an economic adviser in 2015.

Balaraman, a former analyst at Baillieu Holst, or whatever the stockbroker was calling itself back then, will be replaced by his deputy, Seamus Coleman.

Going Nutty on the phone 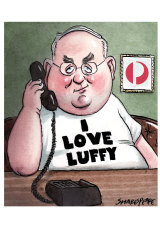 More than a decade after Liberal powerbroker Tony Nutt departed John Howard’s office — where he served as principal private secretary and chief of staff — it’s great to see the ties that still bind.

Phone logs released by the Senate inquiry into Australia Post have provided an intriguing glimpse into AusPost director Nutt’s inner circle when he was confronted by the political storms unleashed by the Cartier watch revelations last year.

In short, they read like a phone directory from the Howard government’s glory days.

Nutt has rejected assertions that he was “running the show” at the carrier, telling the inquiry earlier this month, “if I had been directing events, the wretched watches wouldn’t have been bought 2½ years ago.” Nutt says Holgate asked for his assistance after Senate estimates but at no point was he “a substitute for the chair or the full board … I was not making decisions”.

But there’s no confusion over whose advice he trusts the most. At 8.25pm, he and Luff, who was acting as a consultant for AusPost, spoke for an incredible 48 minutes. Old colleagues with a big conundrum to discuss. They’ve been there before.