An ‘Indiana Jones of the art world’ has recovered a stolen £850,000 15th-century book by a Persian poet after an international race against the Iranian secret service.

The gold-leafed volume by famous poet Hafez, was found to be missing from the collection of an Iranian antiques dealer after his death in Germany in 2007.

It sparked a decade-long search for one of the oldest surviving copies of the ‘Divan of Hafez’ – the collected works of the poet who remains extremely popular in Iran and has inspired artists worldwide.

But Arthur Brand, who has traced a series of lost works, finally tracked down the work via the murky stolen arts underworld. 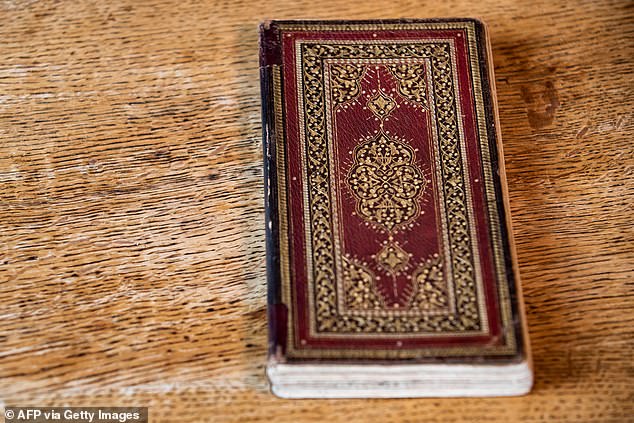 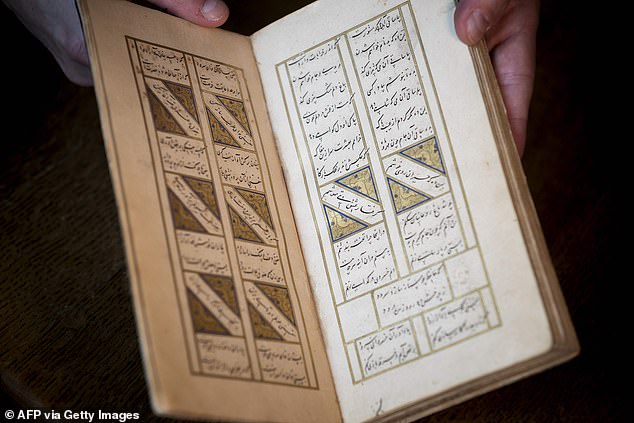 The 15th century book, worth £850,000, sparked an international race between investigators and the Iranian government. It was handed back in London late last year

‘This is a hugely important find for me, because this is such an important book,’ Mr Brand said as he brought out the recovered book at an Amsterdam apartment.

Hafez’s Divan can still be found in most Iranian homes where it is traditionally read out during family celebrations for the Persian New Year.

The theft of the manuscript, which dates from 1462 to 1463, was discovered by the family of book dealer Djafar Ghazy after he died in an old people’s home in Munich in 2007.

While going through Ghazy’s computer, they realised the reclusive pensioner had in fact collected hundreds of ancient manuscripts – but that they were all gone. 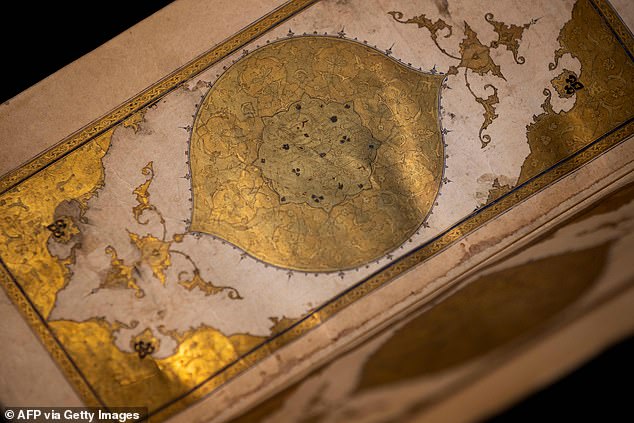 The book was tracked down by Arthur Brand, dubbed the ‘Indiana Jones of the art world’ 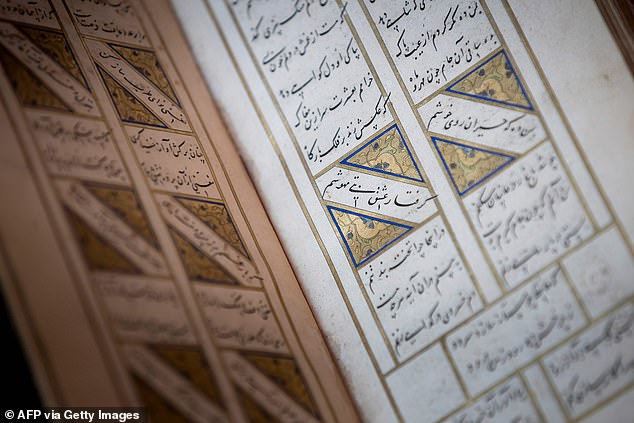 In 2011 German police recovered 174 of them raiding the home of another Iranian pensioner who had befriended Ghazy.

‘But the most important piece, one of the earliest and most accurate copies of the famous ‘Divan of Hafez’, was still missing,’ said Brand. 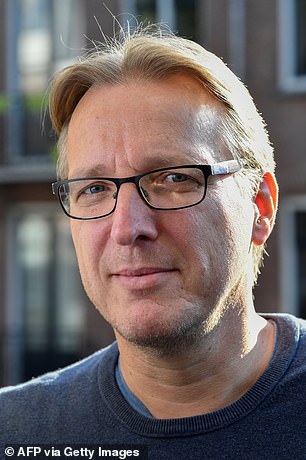 Mr Brand, pictured, said this find was ‘hugely important’ due to the book’s importance

German police announced a 50,000-euro reward and issued a flyer describing the book in 2016 but there was still no trace of it, until late 2018.

Brand then received a phone call from an Iranian dealer, asking the Dutchman to ‘urgently’ meet him in Germany.

‘The man told me he was visited by two officials who said they were ‘linked to the Iranian embassy’.’ The men – alleged by the dealer to be Iranian secret agents – told him to ‘report any news of the missing Divan’, Brand said.

‘My informant was clearly scared, felt threatened and decided to call me into the case,’ Brand told AFP.

Iran had already shown an interest in the case, saying it would take ‘all legal means’ to get back the manuscripts that were found in 2011, after Germany gave two back but decided most of the rest were legally owned by the collector, German news reports said.

‘After my informant was contacted, I knew that Iran was also looking for the missing Divan and I started a race against time to see if I could find it first, as the book belonged to Ghazy’s family,’ Brand said. 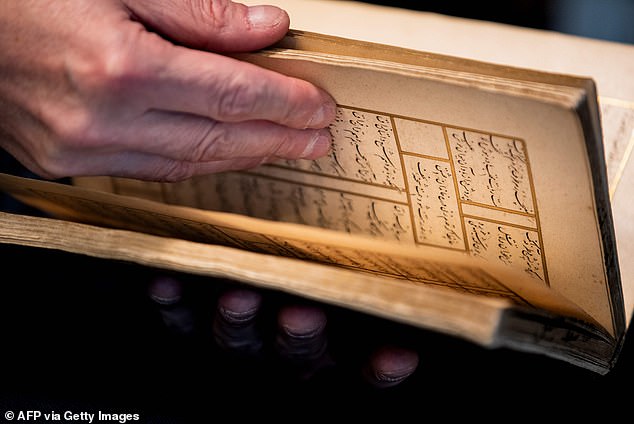 The book was tracked down after it was sold, and the buyer eventually agreed to hand it over in London late last year 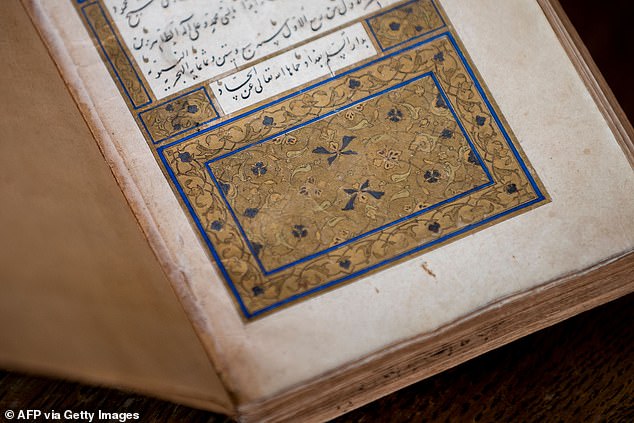 The Dutchman then flew to London to meet an unnamed man ‘who became extremely nervous’ when shown the flyer of the missing book, and confessed he had seen it as a friend of his had sold it to a major buyer.

By then Iranian agents were also in London asking questions about the manuscript, Brand said.

‘The buyer was shocked and furious. After all, he was sold a stolen book and now everybody including the Iranian government was looking for it,’ Brand said.

By now afraid, the buyer flew to Paris to demand his money back from the original seller.

But Brand persuaded him to go back to London and finally the collector handed over the book via an intermediary in late 2019.

Brand said he will travel to Munich next Wednesday to return the Divan to German police.

‘The next steps are currently being discussed together with the heirs’ of Ghazy, police spokesman Ludwig Waldinger told AFP.

Experts said this edition could be of great historical and literary value for scholars and admirers of Hafez, whose works were published after his death.

The recovered book is ‘one of a handful still in existence,’ said Dominic Parviz Brookshaw, associate professor of Persian literature at Oxford University.

‘It’s an extremely early edition – although not the earliest – which would make it very rare and valuable,’ Brookshaw told AFP.