A suspect in the Stephen Lawrence murder faces jail after he admitted he was at the top of a multi-million pound drug dealing gang.

Jamie Acourt is expected to be handed a lengthy sentence for the drugs plot tomorrow, becoming the fourth of the original five Stephen Lawrence suspects to be put behind bars.

Gary Dobson and David Norris were convicted of Stephen’s murder in 2012 and jailed for life following a DNA breakthrough.

Acourt’s brother Neil, who was another Lawrence suspect, was jailed over the same drugs trafficking conspiracy last year.

Both Acourts were arrested after the racist stabbing of the black 18-year-old Stephen Lawrence by a gang of white men in Eltham in 1993, but have always denied involvement. 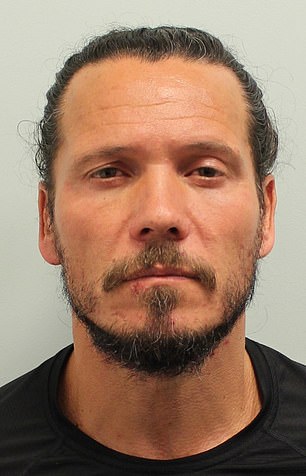 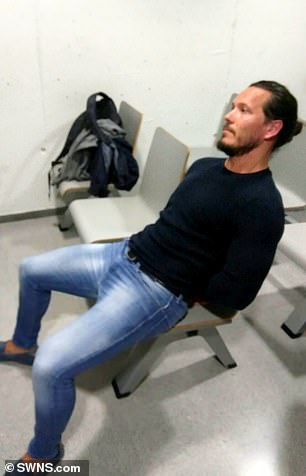 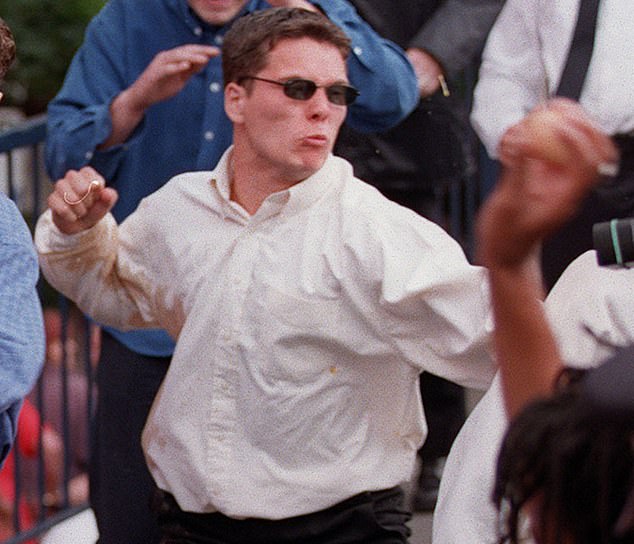 Jamie Acourt initially denied the drugs plot, but suddenly changed his plea to guilty on the second day of the trial today.

He and his associates moved cannabis worth £7.4 million between London and the North East between 2014 and 2016.

The 42-year-old was arrested in Barcelona earlier this year, where had been living under the name of Simon Alfonzo after going on the run when police investigating the drugs gang raided his Bexley home in February 2016.

He said: ‘The defendant in this case is Jamie Acourt. His name may be familiar to you because it has been alleged that he played a part in the murder of Stephen Lawrence in 1993.

‘He has never been convicted of any offence arising out of the investigation into that death. This trial is solely concerned with the allegation of conspiracy to supply cannabis during the years 2014 to 2016.’ 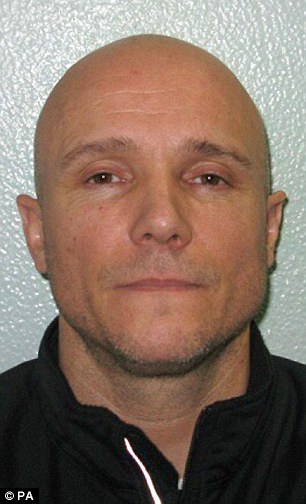 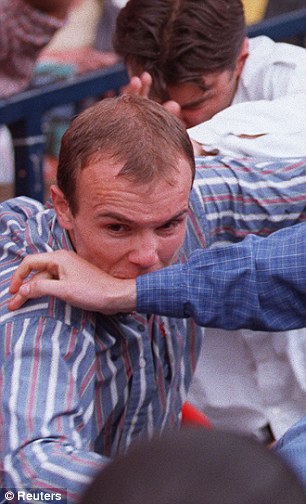 Jamie’s brother Neil (pictured, left, after his arrest in 2016 and, right, after the 1998 public inquiry) also ran the drugs gang and was previously jailed 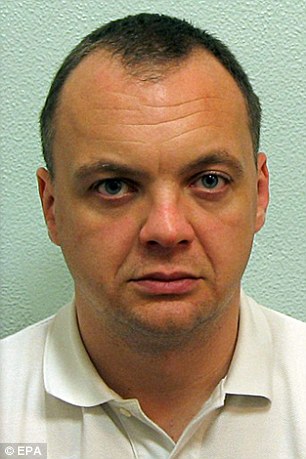 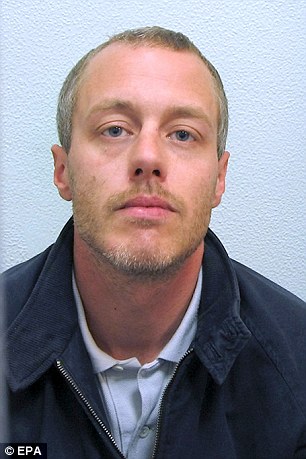 Two original suspects, Gary Dobson (left) and David Norris (right), were convicted of murdering Stephen in 2012 and jailed for life after new evidence came to light 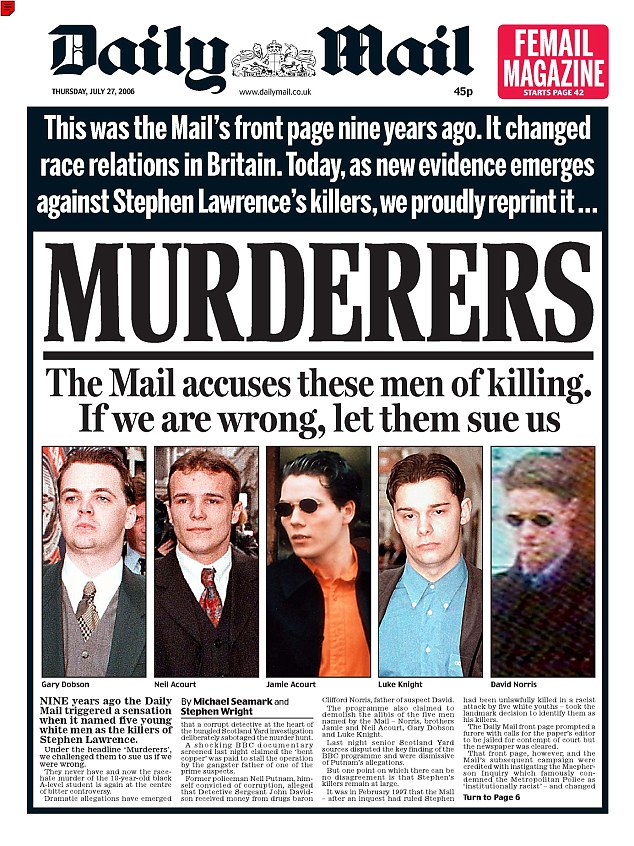 The court heard yesterday that Jamie Acourt was integral to the ‘long-running conspiracy to supply huge quantities’ of hashish between London and South Shields.

The racist murder that shocked the nation 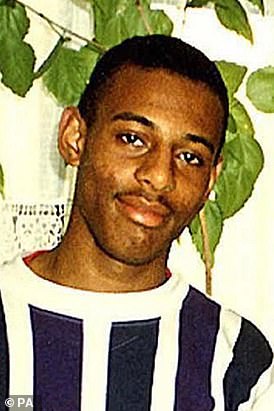 Acourt and his brother were teenagers when Stephen Lawrence was stabbed to death at a bus stop in Eltham, south-east London, in April 1993.

Two of the other suspects, Gary Dobson and David Norris, were convicted of murder in 2012 and jailed for life following a DNA breakthrough.

But the Acourt brothers have never been convicted.

At the time of Stephen’s death, the Acourts described themselves as the Krays, modelling themselves on the brothers who dominated London’s criminal underworld in the 1960s.

The gang they were in is believed to have been responsible for a string of violent attacks, invariably featuring knives.

He once said in an interview: ‘I’m an innocent man. I’ve done nothing wrong. I’m totally innocent – I wasn’t even there.’

The gang were rounded up after police carried out a long-running surveillance operation of the gang’s activity.

But when officers went to Jamie’s home in south-east London, he had already vanished.

He disappeared to Spain, where he lived in the trendy Diagonal Mar district of Barcelona until he was finally arrested in May this year as he left a gym.

Acourt’s brother, Neil, was sentenced to six years and three months’ imprisonment over the drugs plot in February last year.

‘That the defendant and his brother were at the heart of what was going on is also apparent from the fact that among the delivery men were the fathers of their respective partners.’

Lee Birks, 57, is the stepfather of Jamie Acourt’s partner, while Jack Vose, 65, is Neil Court’s father-in-law, the prosecutor said.

Acourt, currently of no fixed address, is one of seven men now convicted over the plot.

Couriers made the 600 mile round trip to South Shields to deliver drugs, collect money, or both and 34 journeys were made over the two year period.

Once the money was collected, it was handed to Jamie or Neil Acourt back in south-east London, the court heard.

Another delivery man, Darren Thompson, was arrested in May 2015 as he was about to take delivery of 100 kilos of cannabis worth £200,000.

Vose, Birks, Paul Beavers, 51, Thompson, 30, and James Botton, 46, have all been convicted of conspiracy to supply class B drugs and sentenced. 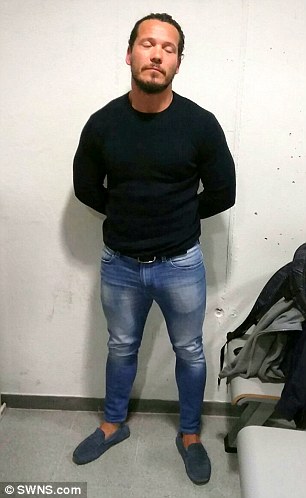 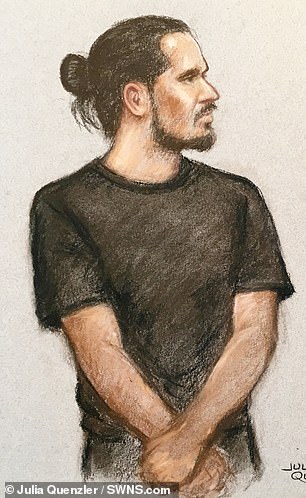 Jamie Acourt, pictured after his arrest and in a court sketch from a previous hearing