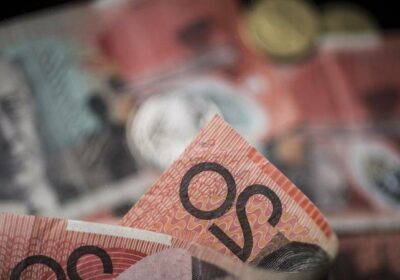 Victoria’s economy is changing rapidly as the national economy shifts and groans under the weight of higher interest rates, higher costs of living, and a housing affordability crisis that is cutting deeply into the confidence of Victorians.

According to the RBA, the underlying fundamentals of our economy may be strong – more Victorians are in meaningful work than ever before, our personal savings are a solid buffer, and wages are looking likely to rise. 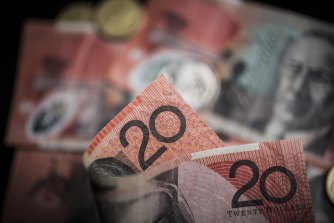 However, it is the challenging long-term headwinds ahead for our economy and our economic growth that offer us an opportunity to do better for future generations.

Against this economic backdrop, the issue of property tax has again reared its head following the NSW government’s commitment to renew its reform agenda to move away from stamp duty toward an opt-in land tax model. A strength of the NSW proposal is that the taxpayer gets to opt in and make an informed choice, and this concept is gaining traction.

Adding to this momentum is the Albanese government’s willingness to engage with the state treasurers in a discussion about how real reform could be achieved.

Economists and homebuyers alike will tell you that stamp duty is a bad, harmful and distortionary tax. It discourages economic activity and prevents many people from buying the house that best suits their needs. Melbourne’s $930,000 median house price will cost a homebuyer $50,870 in stamp duty, up front, typically paid for through their mortgage, attracting interest over decades.

On the flip side, stamp duty is also one of the primary sources of revenue for the Victorian government, which received over $10 billion of stamp duty in 2021-22, making up more than a third of the state’s own-source revenue.

Stamp duty is not a revenue stream that state governments can afford to meddle with unless there is a clear case for how reform would benefit and grow the economy, and substantial support from the Commonwealth government to get there.

But think about this – according to the Commonwealth Treasury, every dollar of stamp duty does 72 cents worth of harm to the economy. Just imagine if that were reversed.

We cannot simplify this debate or pretend it will be easy. The community and property industry may agree this reform agenda is important, but we have work to do to convince Victoria’s policymakers. And if they do take the courageous view that this is the right thing to do, there will inevitably be disagreements about how such substantial reform could and should be delivered.

Real reform is hard and successful reform is rare. A deep partnership between government, the industry and the community, and a genuine commitment to collaboration will be more critical to this issue than any other.

It won’t just be housing that will be impacted, for better or for worse. There will be impacts on businesses through the way commercial property is treated and how this feeds through to rents and influences investment in Victoria. We would have to get these complexities right with an appropriate balance that doesn’t see economic distortions or one part of the property sector shouldering an unfair share of the tax burden.

The Property Council believes that Victoria needs a fresh, transparent, sensible review into the mix of taxes that Victoria relies on, including whether stamp duty and land tax are fit for purpose for our future economy. Are these taxes a handbrake on economic growth, do they limit our economy’s productivity, and are there changes we should make now, knowing that any major structural transition to our tax system is likely to require a significant transition period? With a recent history of increasing state property taxes, it’s time for better taxes, not more of them.

The community is looking to our policymakers and leaders, who have a responsibility to consider what a better tax system for Victorians could look like – one that grows the economy and does not limit its potential.

With just over five months until Victorians go to the polls, now is the time for our major parties to consider the leadership role they intend to play in reviewing the tax system, and the opportunity to leverage the momentum which is building at a state and national level for real tax reform.

The property industry stands ready to work in partnership, and in deep collaboration with our state and national leaders to deliver real reform for Victoria’s future. This is our great opportunity.