A narrow escape! Squirrel crawls through tiny gap and sends hawk crashing into a wall

A quick-thinking squirrel swiftly escaped a hawk that was on its pursuit by squeezing though a gap at the bottom of a wall.

Footage captured in Urbana, Illinois, shows the small animal run towards a property and pause for a moment outside a wall as the red-tailed hawk follows close behind.

In one swift movement, the creature crawls through the narrow gap in the wall and runs away as the startled hawk slams into the barrier and lands on the ground. 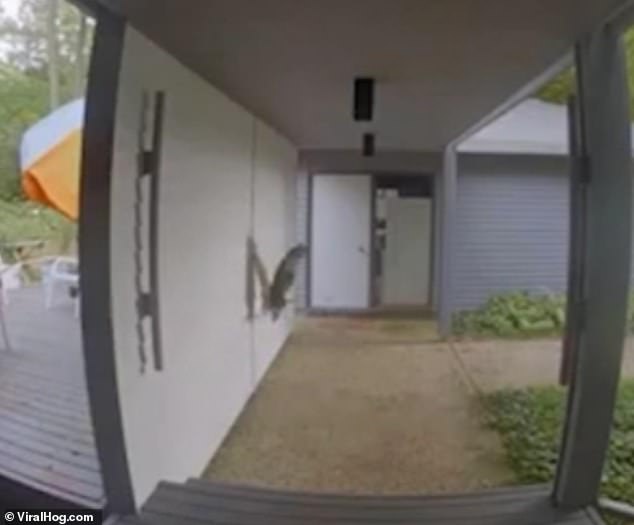 The red-tailed hawk slams into the wall outside a property in Urbana, Illinois, as it swoops in to catch the squirrel 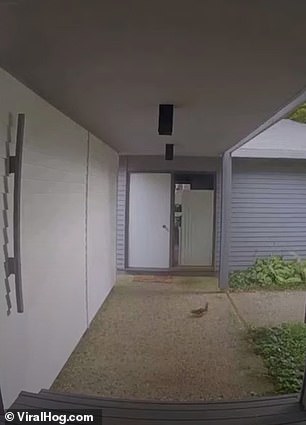 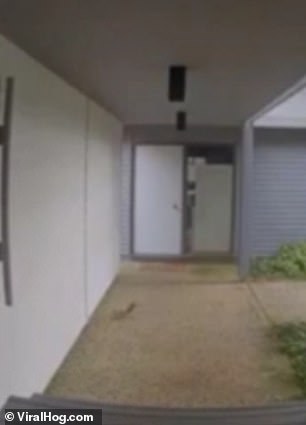 During the clip, which was filmed on a doorbell camera on August 31, the squirrel approaches the house and quickly runs towards a wall.

With the bird of prey drawing in, the creature squeezes though a narrow gap at the bottom of the wall and is able to escape the hawk.

The dumbfounded hawk crashes into the wall and lands back on the ground.

It stands outside the property for a few seconds before flying away.

The owner of the footage later told Viral Hog: ‘The video was filmed from a Nest doorbell camera on August 31 at 8.49 am. 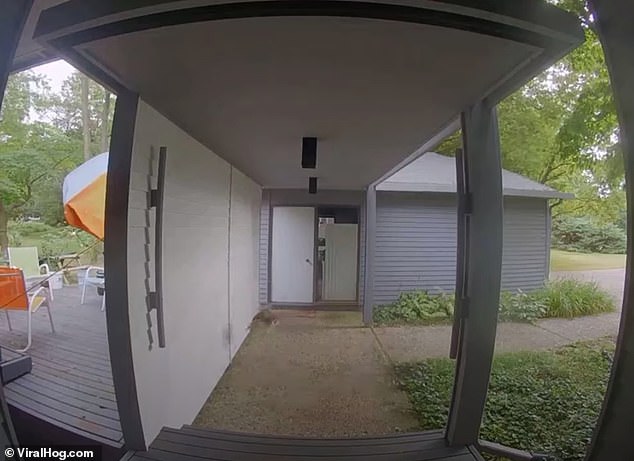 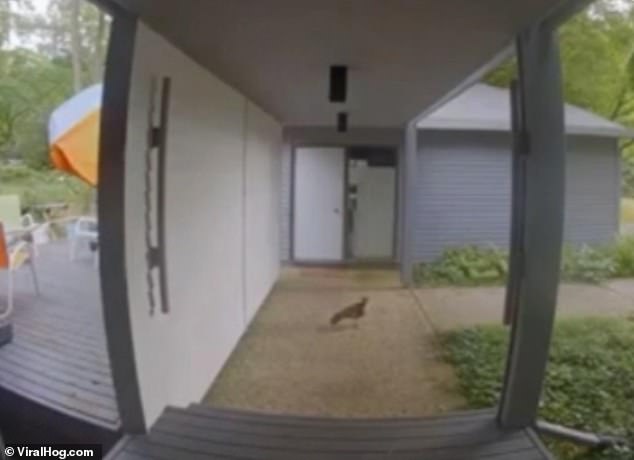 ‘A red-tailed hawk then swoops in from the right as the squirrel disappears and the hawk collides with the wall. What can’t be seen is the fact that the wall at the dead end is decorative and has a gap at the bottom, which the squirrel escapes through.’

There are believed to be around 200 squirrel species around the world, with the most common being the tree squirrel.

Their slender bodies, which grow between five to 36 inches, allow them to fit into narrow gaps and holes as small as two inches.

They typically eat nuts, leaves, roots, seeds, and other plants and can be commonly found in woodlands and city parks.

Meanwhile red-tailed hawks are North America’s most common hawks and grow between 18-26 inches.

The birds of prey, which are also known as buzzard hawks, are efficient hunters and will often catch mice, ground squirrels, rabbits and reptiles.