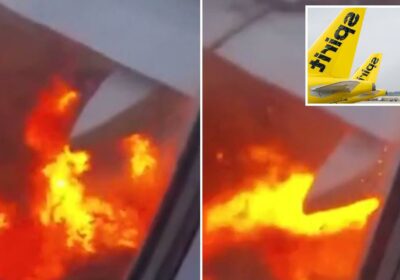 A SPIRIT Airlines jet engine has erupted into flames after hitting a large bird during take off from Atlantic City.

Pilots safety aborted the take-off and all 102 passengers were evacuated from the plane. 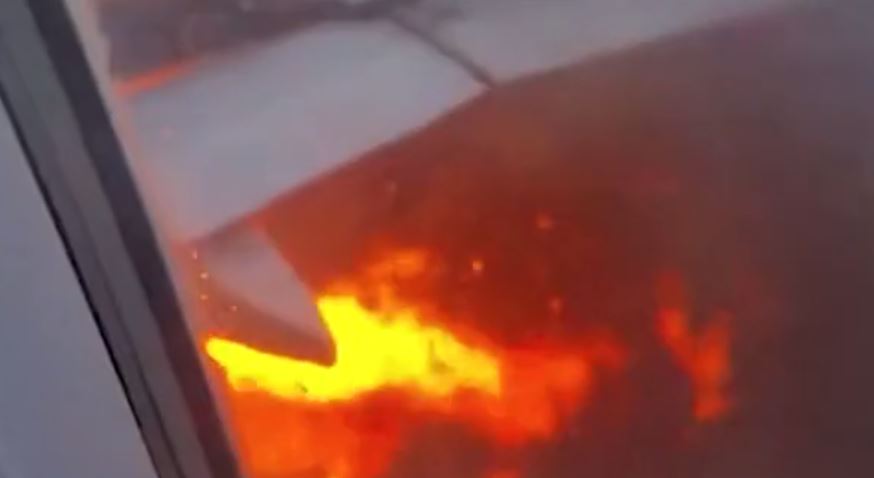 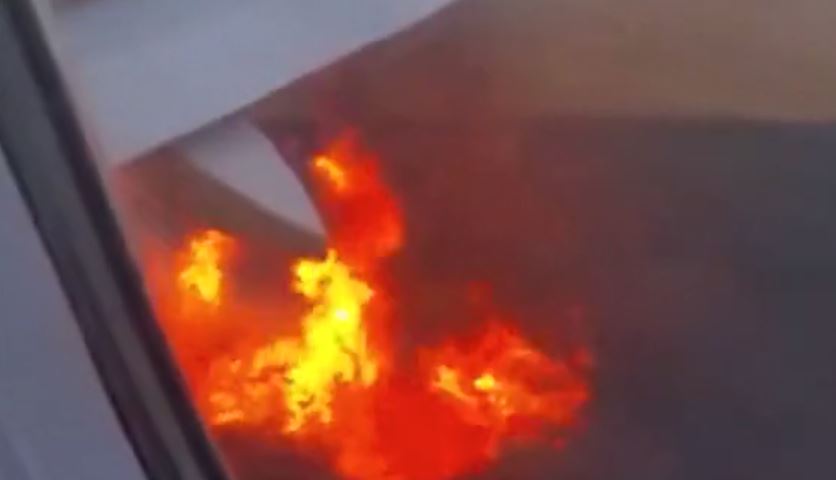 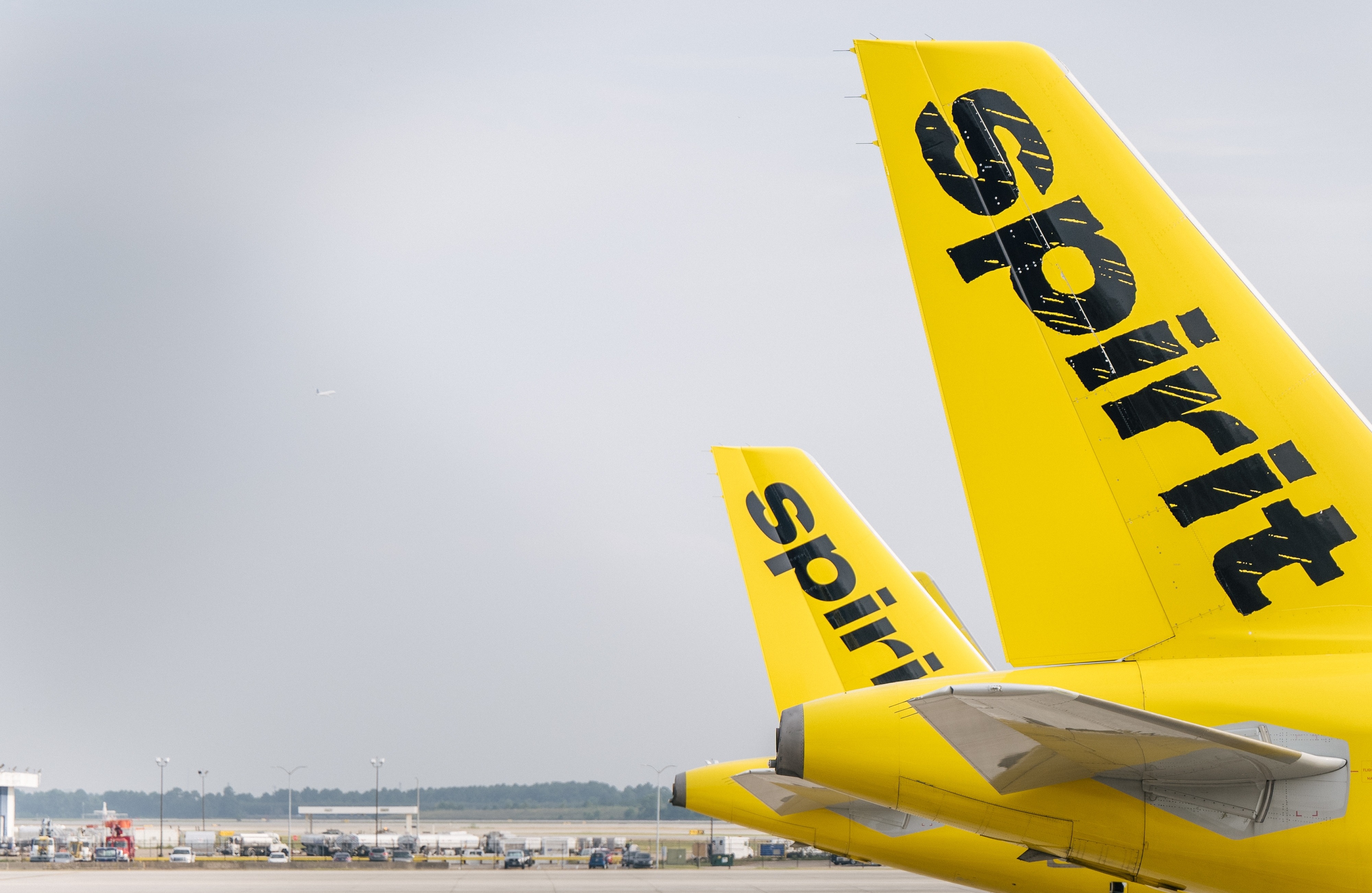 The Spirit A320 was en route to Fort Lauderdale, Florida when the incident took place just before 6pm on Saturday evening.

Two people suffered minor injuries while the rest and all seven cabin crew were safety evacuated from the aircraft, officials said.

Harrowing footage of the incident showed the right-hand engine completely ablaze as the plane stood on the tarmac and passengers panicking inside the fuselage as they waited for rescue crews.

In one clip from inside the plane, people can be seen rushing to their luggage in the overhead compartments as people yelled "Fire! Fire!".

Cabin crew staff try calming them down and eventually escort them out along inflated slides on both sides of the aircraft while the pilots turn off the engines.

Passengers then begin tumbling into each other as they evacuate down the slide and fire crews eventually rush across to help them.

"The captain braked safely and brought the plane to a stop, received an indication of damage to the engine, and ordered an evacuation in accordance with our standard procedures.

"All Guests and Team Members evacuated the aircraft and were bussed back to the terminal."

The airline commended its brave crew for handling the situation "swiftly and safely".

All passengers will receive a refund, the company said. 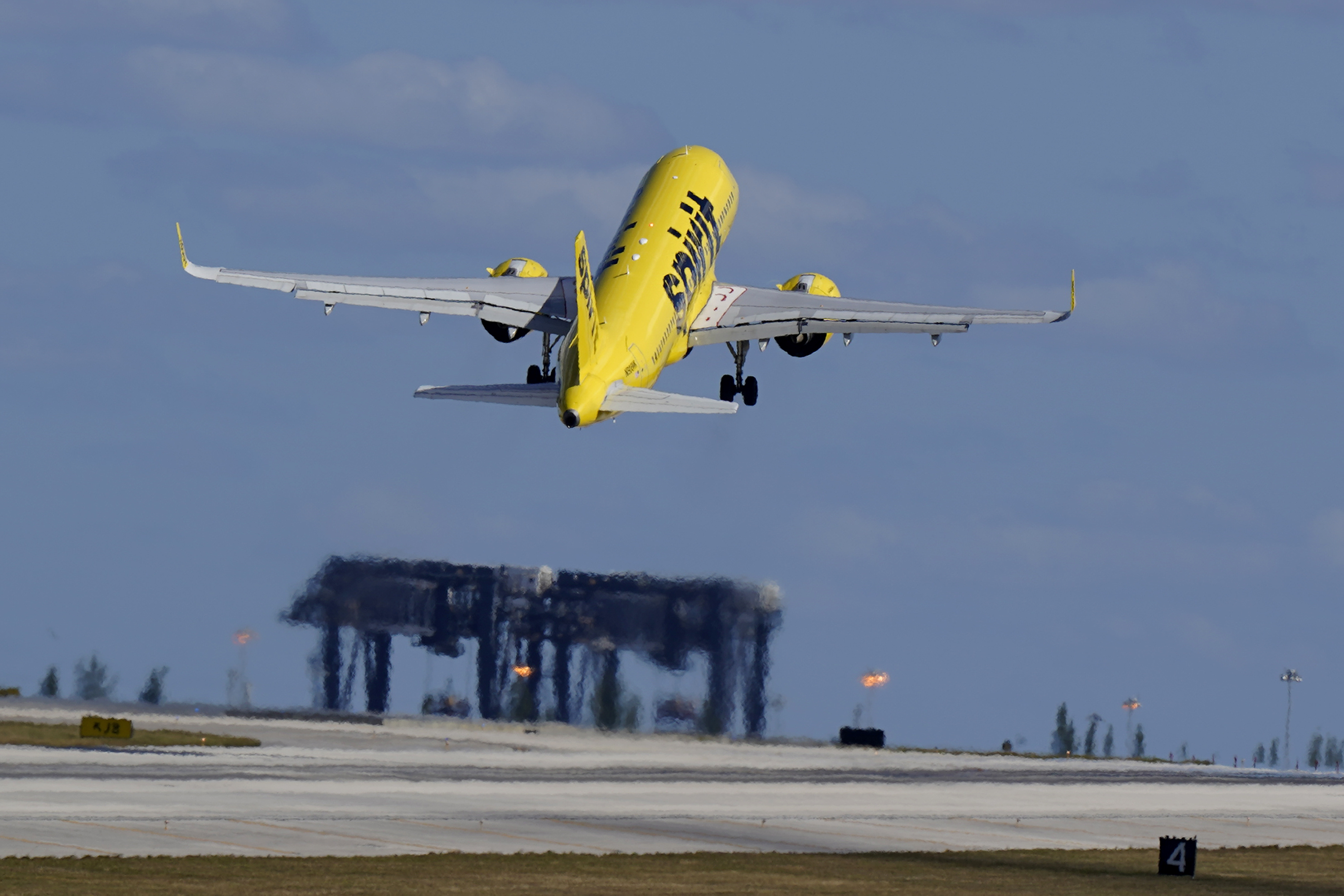